Pirate Party of Finland Accepting Bitcoin Donations, Seeks to Extend use in Parliament

Bitcoin continues its publicity bull run in Finland, with the Pirate Party of Finland announcing it is accepting Bitcoin donations in the run-up to the 2015 general election. 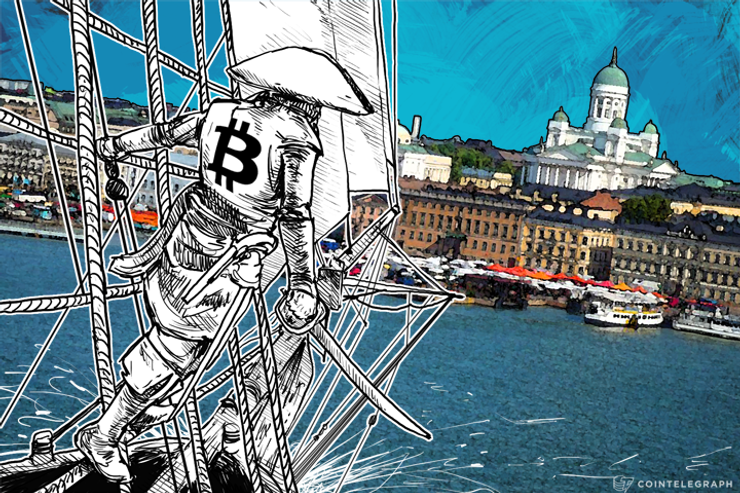 Bitcoin continues its publicity bull run in Finland, with the Pirate Party of Finland announcing it is accepting Bitcoin donations in the run-up to the 2015 general election.

The party, whose votes in the previous election fell 0.1% short of those needed to gain a seat in parliament, has already received 4.47BTC as of November 20.

“The Pirate Party is a young party, we're five years old now and the parliamentary elections next year will be our second chance to get someone in. We almost got a candidate elected the first time with almost non-existing budget and a lot of enthusiasm.”

The Pirates hope not only to fund their campaign for the Finnish elections in April 2015, but should they enter parliament, increase its use to enact social change through advocating schemes such as universal basic income. The latter, Maki says, is already supported in the capital Helsinki by the Green Party.

“Sadly we're not yet at the point where almost anything can be paid with Bitcoin in Finland. Namely ads and rent,” Maki responded to a question by a Reddit user, adding that he receives his salary in bitcoins.

He added that the infrastructure of the party’s Bitcoin capabilities would be improved in the near future, starting with a multi-signature wallet.

The Pirate Party of Finland requires at least 1% of the vote in an electoral district in order for a candidate to be elected.

Finland has made the news already this week with parliament’s announcement that value added tax (VAT) would not apply to Bitcoin. The move is unusual in the EU, but could face difficulties if a bloc-wide directive is issued at a later date.