Pittsburgh is mulling a plan which could see it become the first US municipality to accept digital currency. 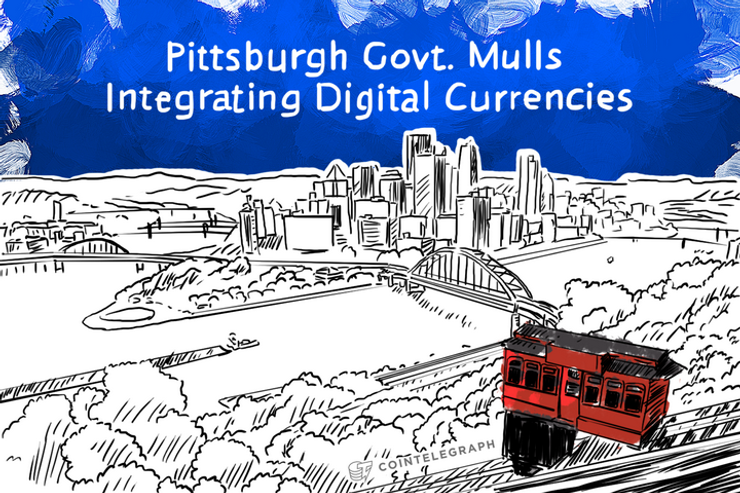 While California moves forward with a case for Bitcoin integration, across the country Pittsburgh is mulling a plan which could see it become the first US municipality to accept digital currency.

Let’s Talk Bitcoin reports that a local government subcommittee document which appeared online recently sets out steps for “Improvement of digital government,” which among other things explicitly states the possibility of “perhaps becoming the first municipal government to accept digital currency.”

And while the report does not mention Bitcoin specifically, the local government’s stance can only come as a boost to an area which is only just starting to improve economically after many years of capital flight.

Should the decision be made final, the infrastructure needed to make digital currency a reality for government fees, parking taxes, etc. is already available. As LTB notes, the E-Gov Link scheme (organized by parent company Electronic Commerce Link) “would be able to facilitate Bitcoin payments on behalf of local governments.”

The tools on offer extend even to integration with BitPay or Coinbase on municipal authorities’ behalf, but E-Gov Link’s CEO told LTB at the same time that there has as yet been little firm interest in the scheme.

“For some, it’s considered politically or financially risky. For others, it just doesn’t seem to be something they want to be first with.”

Yet as is becoming increasingly common in pockets of the US, the Pittsburgh Bitcoin scene has been slowly attracting media attention over the past 12 months. And despite LTB noting the local Bitcoin meet-up group sports a modest 164 members, it is these pockets of progression which enabled California to make digital currency a matter of state significance, recognized by lawmakers as necessary “to address Californians' payment habits in the mobile and digital fields.”

For now, it would seem that any formal inclusion of Bitcoin for Pittsburgh is uncertain, but given its southern counterpart’s success, any pondering on the part of government would provide a much-needed positive PR injection.

Related News
Is US Environmental Tax Policy Hindering Solar Power to Fuel Digital Technologies?
Mobile App Promises Easier, Better Crypto Options Trading Experience
2019 to 2020: Insiders, Outsiders and Experimenters in Crypto Regulation, Part 1
Bitcoin and ETH Are Commodities, While XRP’s Status Is Unclear, CFTC Says
South Korea Considers Imposing a 20% Income Tax on Cryptocurrencies
Greece Extradites Alleged Launderer of $4B in BTC Alexander Vinnik to France
<div is="sidebar" :sidebar-data="{"promoButtonsI18n":{"crypto-button":{"url":"crypto.btn.sidebar.url","label":"Get Crypto At True Cost\n","text":"Cryptoassets are complex instruments and investments carry a high risk of losing value. You should educate yourself in how crypto-markets work before making any investments. Always invest responsibly and be prepared for the risks associated with investing in or using cryptoassets. This promotion cannot be considered investment advice."},"etoro-button":{"url":"https:\/\/ad.doubleclick.net\/ddm\/clk\/437480595;240556498;x","label":"Try Etoro","text":"Trade on the world’s leading social trading platform (Highly volatile investment product. Your capital is at risk)"},"hitbtc-button":{"url":"https:\/\/hitbtc.com\/?ref_id=5cba0be404aa3","label":"BEST LIQUIDITY ON HITBTC","text":"Note that all trading strategies are to be used at your own risk. Before trading, we recommend to make sure that you have a clear understanding of cryptocurrencies and how they are traded."},"changelly-button":{"url":"https:\/\/changelly.com?utm_source=cointelegraph&utm_medium=referral&utm_campaign=changellyctengbutton&ref_id=le9ssi8dgmskmqu0","label":"BEST RATES ON CHANGELLY","text":"This is to note that you should realize all crypto trading risks. Please make sure that you understand how crypto exchange service works."},"nexo-button":{"url":"https:\/\/nexo.io\/?utm_source=cointelegraph&utm_medium=fixed&utm_term=content&utm_content=crypto_banking_account&utm_campaign=nexoeverywhere","label":"CRYPTO BANKING ACCOUNT","text":"Cryptoassets are complex