A “warp speed” protocol allows tokens to be transferred between blockchains effortlessly without relying on a central custodian. 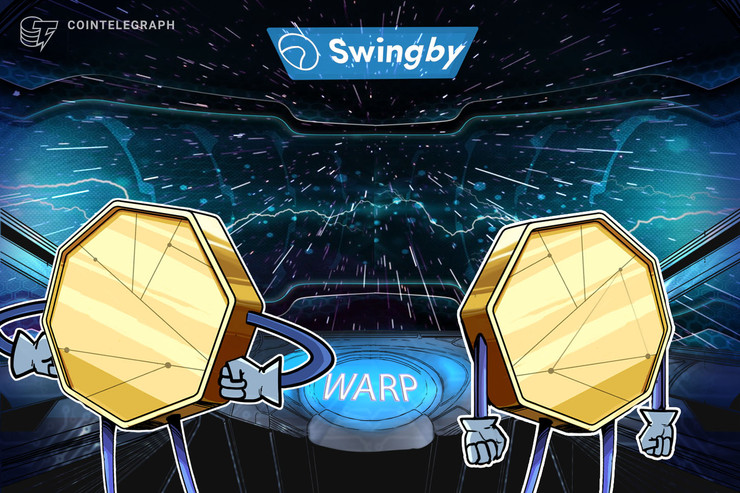 The team behind the Swingby Network says it has created an easy way for users to execute token swaps between blockchains.

On Jan. 22, 2019, the Skybridge testnet had its official launch. Through Skybridge, Bitcoin can be used on the Binance Chain as a result of a one-to-one peg with Binance-backed BTC tokens. This broadens access to different blockchains — along with cheaper transaction fees, faster settlement times and the freedom to use DApps and DeFi lending platforms — while ensuring that consumers continue to benefit from price fluctuations in the world’s premier cryptocurrency.

Swingby was one of the first five companies to receive a grant from the Ethereum Community Fund, which strives to support compelling end-user applications that boost rates of mainstream adoption. Although Skybridge was initially being built on Ethereum, development later moved to the Binance Chain. The company said there were several factors in this decision, including quicker block confirmation times, the ability to process thousands of transactions per second, and links to a decentralized exchange that hosts a diverse range of crypto assets.

The company is hoping to reach cryptocurrency users who want to use the tokens they already own on other blockchains, eliminating the inconvenience of constantly swapping coins through third parties. This also extends to consumers who want to preserve their privacy, as its “trustless platform protects identities during token swaps” — with users retaining custody of their assets 100% of the time.

The Swingby Skybridge is available here

Executives also claim there are compelling advantages for node operators who are unsatisfied with the rewards currently offered by existing networks. Decentralized exchanges are also set to benefit, with Swingby claiming these platforms can achieve a much-needed boost to liquidity by allowing individuals to send BTC to other blockchains.

Now, the Swingby Skybridge testnet is live and fully operational, and the team at Swingby has created a detailed plan for 2020. A private sale for Swingby tokens, to which partners and industry experts have been invited, is due to conclude in February. A public crowdsale for tokens will commence in February, paving the way for a mainnet launch in the second quarter of 2020. From here, tests will begin on delivering bidirectional swaps between Tether and Binance’s stablecoin.

In its white paper, Swingby noted that blockchain ecosystems have evolved rapidly over recent years, but continue to face two major problems: scalability and cross-chain operability. Overcoming both of these hurdles is crucial if mainstream adoption is going to be realized.