A startup is vowing to tackle “obscene” levels of energy consumption in crypto mining by enabling users to donate computing power to issues they care about. 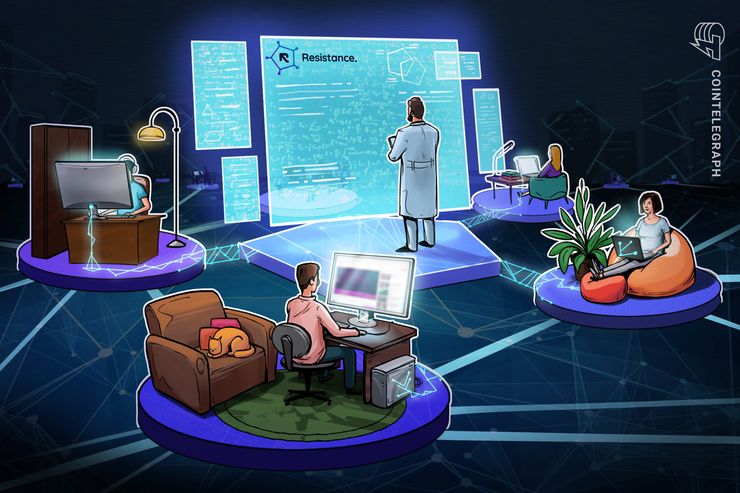 A startup has unveiled bold plans to tackle the excessive levels of energy consumption seen in cryptocurrency mining, all while giving everyday computer users more of a chance to receive block rewards.

Resistance argues that proof-of-work mining “has been hijacked by huge mining farms using tons of energy to take control of the market” — isolating normal consumers who cannot afford to get involved with Bitcoin and other cryptocurrencies.

The company also says the levels of electricity being used is “wasted on mathematical equations” rather than making a positive impact on humanity. As a result, Resistance is seeking to address exorbitant energy consumption and the power imbalance within the mining community by offering a “radical concept” known as proof-of-research.

Known as PoR for short, proof-of-research enables anyone to donate their computing power to scientific research projects, meaning that the electricity consumed is devoted to performing mathematical equations that further our understanding on issues with a real-world impact. In an attempt to make cryptocurrencies more accessible, the public can get involved without any need for specialized graphics processing units (GPUs) or other niche pieces of hardware.

In explaining why its solution is necessary, Resistance has cited recent research that was published in the journal Nature. The study revealed that activities connected with Bitcoin use up more energy in a year than the whole of Singapore. Meanwhile, the energy used to mine Ethereum is the equivalent of Costa Rica’s annual usage.

As reported by Cointelegraph last November, scientists in the United States have also revealed that it takes three times more energy to mine a dollar’s worth of Bitcoin than it does to extract a dollar’s worth of gold — and in excess of four megajoules more than required to mine the amount of copper at the same market value.

Resistance acknowledges that there is value in the algorithms performed during proof-of-work (PoW) mining — as they help to keep networks like Bitcoin secure — but argues that this method is in dire need of an update.

The team said: “Today, miners with regular computers can’t even hope to compete for the block reward. Instead, the process has been hijacked by huge mining farms using tons of energy to take control of the market.

Proof-of-work mining is burning through energy on hashing algorithms that offer no benefit outside of the blockchain.”

Resistance says that while PoW will still play a role in its “decentralized exchange and privacy oriented blockchain,” reward splitting will ensure that an equal proportion of the block reward, 30 percent, is devoted to PoR.

Volunteers who contribute computing power through PoR have the opportunity to back scientific projects such as the World Community Grid, which has been responsible for dozens of research projects on humanitarian challenges — including renewable energy, cancer, HIV/AIDS and the Zika virus.

The startup says that it wants to create a democratic atmosphere within its ecosystem, and this is why all scientific projects on its blockchain are white-listed before being made available to users. Alzheimer’s research, nanotechnology for clean water and solar power are among the projects being aided by Resistance so far, and users get the chance to decide exactly how they want to contribute to the platform.

Resistance hopes to tackle the “obscene” amounts of energy currently being expended in crypto mining and makes humanity “healthier, happier and significantly more sustainable” — and the organization’s chief executive, Anthony Khamsei, is set to discuss the issue of high energy consumption in crypto mining during the World Economic Forum in Davos later in January.