Russian National Arrested For Cyber Crime In Bangkok, Allegedly Had $820 Mln in BTC

Sergey Medvedev, arrested in Bangkok as part of an international crackdown on cybercrime site Infraud allegedly had $820 mln in BTC at the time of his arrest.

Police have apprehended a Russian citizen believed to be the number two in an international cybercrime organization, the Bangkok Post reported.

Sergey Sergeyevich Medvedev was arrested in Bangkok last Friday, Feb. 2, by the Thai Crime Suppression Division (CSD) on a request from the US Federal Bureau of Investigation. A laptop and documents were taken as evidence by the CSD.

Medvedev allegedly was an administrator for the Dark Web site Infraud - whose slogan was “In Fraud We Trust” - that dealt primarily in the sale of stolen credit cards and identities and illegally obtained government documents.

On Feb. 7 the US Department of Justice (DOJ) had released an indictment of 36 individuals, not including Medvedev, charged with participating in Infraud. The DOJ has now arrested 13 criminals from 17 countries for defrauding victims of over $530 mln as well as over $2.2 bln in losses. 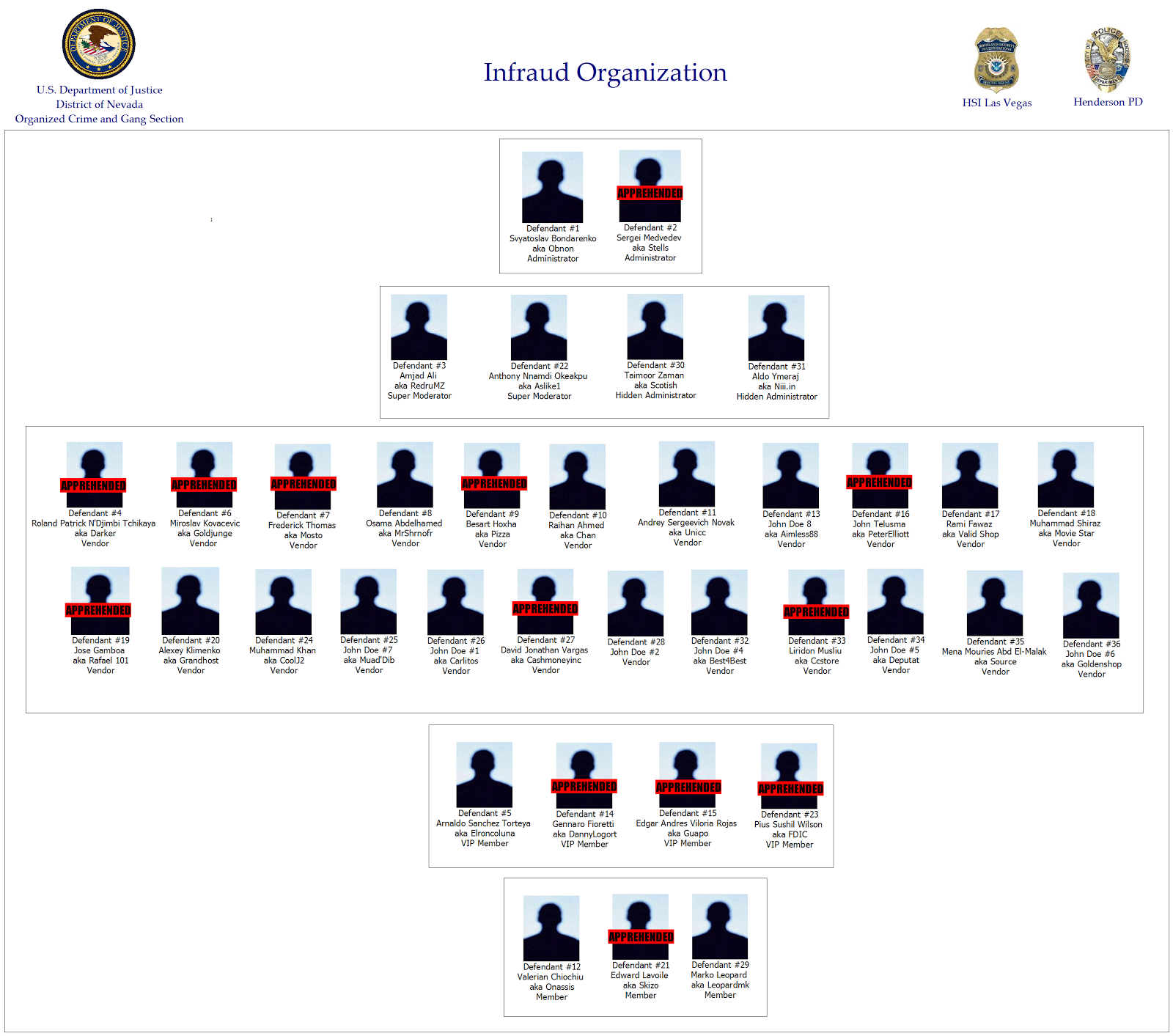 The coordinated effort to apprehend the alleged perpetrators involved the US, Australia, the UK, France, Italy, Kosovo, Serbia, and additionally Thailand, according to the Bangkok Post.

Infraud was purportedly founded by Ukrainian national Svyatoslav Bondarek in 2010. Bondarek disappeared from online activity in 2015, which is when Medvedev reportedly took control over Infraud.

Cybersecurity news site CyberScoop claims that Medvedev allegedly operated the “escrow service” for Infraud, which, according to the DOJ’s Justice News release:

“facilitate[d] illicit digital currency transactions among its members and employed screening protocols that purported to ensure only high quality vendors of stolen cards, personally identifiable information, and other contraband.”

It was forbidden within the organization to trade in stolen information from victims located in Russia, a rule common to many cybercrime groups, writes CyberScoop.

The Bangkok Post site is currently unavailable to those located in Russia, but Russian news outlet RBK posted an article on Medvedev’s arrest with a link to a cached version of the Bangkok Post article.