RWTH Aachen University To Explore IOTA For Industrial Use Cases 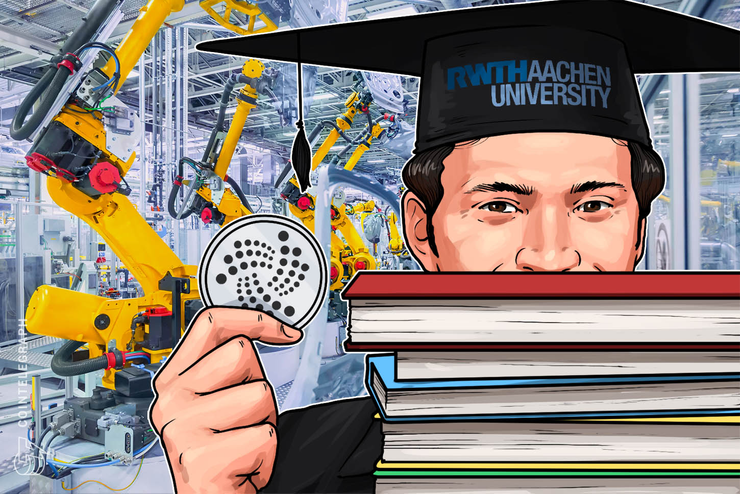 Laboratory for Machine Tools and Production Engineering WZL of the German University  RWTH Aachen plans to research  industrial use cases for IOTA, Cointelegraph auf Deutsch reported yesterday, March 26th. In this task, RWTH will cooperate closely with the Fraunhofer-Gesellschaft, the largest organization for applied research in Europe.

The RWTH Aachen is now accepting applications from scientific assistants and students who are looking to get involved in a master’s thesis or Ph.D. thesis on IOTA and its blockless distributed ledger Tangle. How many jobs are available for the project is currently unknown, with the University of RWTH Aachen itself having over 44,000 students, making it the largest university in Germany for technical studies.

You think #blockchain will revolutionize the #IIoT? Then you need to know about the #Tangle and @iotatoken. Apply now for Hiwi/master thesis/PhD/PostD @DanielTrauth. Join us and lets build the first industrial use case @RWTH. @digitalHUBac @Aachen2025 @kevrchen @DomSchiener #IOTA pic.twitter.com/xs8OkUUJHu

The research will focus on the Tangle technology which IOTA uses. Unlike Blockchain, Tangle does not rely on miners to verify transactions. This, according to the developers, makes IOTA transaction processing lightweight enough to be performed on smaller computers, such as in cars, smartphones, drones, laptops or other networked devices.

Besides RWTH Aachen, several other institutions have partnered with IOTA in the past. The capital of Taiwan wants to create a Smart City with its support, while the German company Bosch has made an investment in the altcoin’s technology.