Satoshi Citadel Industries ‘Completing the Bitcoin Ecosystem in the Philippines’ With BuyBitcoin.ph Acquisition

The Philippines’ first Bitcoin exchange, Buybitcoin.ph, has been sold to resident universal Bitcoin service Satoshi Citadel Industries (SCI) with a view to expanding remittances in the country. 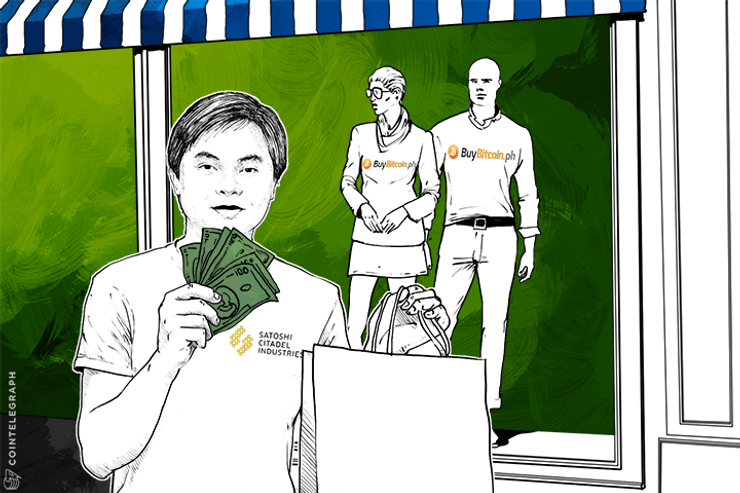 The Philippines’ first Bitcoin exchange, Buybitcoin.ph, has been sold to resident universal Bitcoin service Satoshi Citadel Industries (SCI) with a view to expanding remittances in the country.

SCI, whose founders include Coinify’s Lasse Birk Olesen, has extensively developed the Philippines’ Bitcoin ecosystem, and the acquisition sees it establish a presence in all stages of consumer involvement. The company formally announced the news in a press release and Twitter confirmation Monday.

Co-Founder and CEO of BuyBitcoin.ph, Sam Kaddoura, meanwhile said about the decision:

“The biggest technical roadblock for widespread Bitcoin adoption in the Philippines are the same roadblocks for widespread adoption elsewhere. Our main goal is still to increase awareness and adoption of the technology. By joining SCI, I am confident that we can achieve this.”

“This acquisition brings us closer to our goal of completing the Bitcoin ecosystem in the Philippines,” SCI CEO John Bailon stated in the press release. “BuyBitcoin.ph is a great first-touch product for consumers, and even more valuable is the addition of great minds in Sam, James, and Lasse.”

Olesen’s Coinify project in Europe meanwhile continues to progress apace. Having secured considerable backing in a much-discussed funding round last year, the merchant service has expanded to include integration with brands such as Shopify and Hungry.dk in its native Denmark.

In an interview with Danish newspaper Berlingske published Monday, Olesen remained bullish on Bitcoin’s future as the cryptocurrency of choice. “There was suddenly much hype about bitcoin and media coverage, and this affected the price,” he explained. “The fall back is not surprising. You need to bear in mind that bitcoin is young, and that the market is young… It's a bit like newly listed shares versus old, established securities.”

Olesen also hinted at cross-border expansion being central to Coinify’s future, with plans to take on players outside Europe. “Our main competitors are foreign. Our main competitors in the payment Part Two US companies also are looking at Europe. We are the largest European bitcoin payment provider, and we certainly have international ambitions,” he said. “It’s also part of what we raised money for. We're going to cement our position as the strongest bitcoin payment provider in Europe – we’re about to start campaigns in Germany, Holland and England.”