A protocol form a company funded by Web 3 Foundation aims to reduce crypto collateral by switching from a one-off relationship to a subscription model.

A new blockchain protocol from a company funded by Web 3 Foundation promises to reduce collateral requirements in cross-chain applications.

Interlay received a grant from the foundation to build a bridge between Polkadot and Bitcoin (BTC). The latest paper to come out from this project, “Promise: Leveraging Future Gains for Collateral Reduction”, proposes a new protocol .

The easiest way to explain how Promise works is through an example. Let’s say, Alice engages Bob as a service provider for a series of tasks, and that this relationship is ongoing, where Bob periodically provides a service to Alice and every time, she pays him 1 Ether. 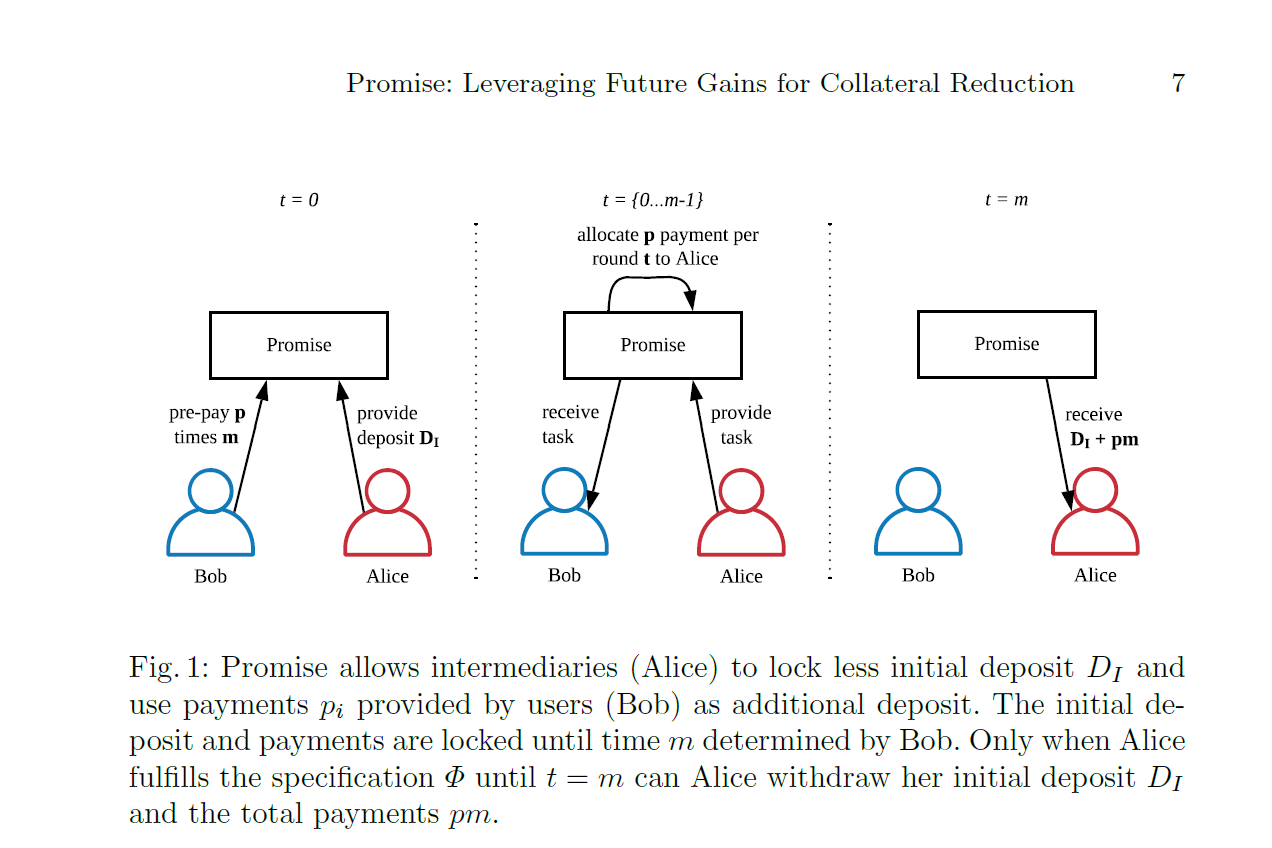 Typically, Bob would have to lock up a collateral of 1.5 Ether, in case he takes the payment and does not perform the task. With Promise, Alice, instead of sending Ether directly to Bob, would lock it up with Promise. Bob would receive periodic payments through Promise upon delivering proof of the delivered service. Because the future payments act as additional leverage, Bob may be allowed to post a smaller amount of collateral. The key here is the relationship needs to be ongoing, not one-off.

Music to our ears

Cointelegraph interviewed one of the creators of Promise, a PhD student at Imperial College London, Dominik Harz, who is currently bunkered down in Japan due to the COVID-19 outbreak. In his view, Promise does for the transactions involving collateral, what Spotify did for the music industry:

“And it transforms this one short interaction to this sequential game or just to like a classical subscription model. Imagine if you would use Spotify. And instead of you paying a monthly subscription, you would pay for each song individually. Well, each individual song might be super cheap. There's just this mental overhead. This mental transaction costs where you think, ‘oh, do I really want to listen to that next song’? And it's about really worth five cents. Whereas if you just have a subscription, then it's all fine.”

Since Promise has no benefit for a one-off relationship, Harz said that initially potential beneficiaries could be exchanges and issuers of “wrapped” tokens. As Cointelegraph has reported earlier, the demand for such assets is growing and there are now substantially more Bitcoins locked up in wBTC than the entire value of the Lightning Network.