In its latest weekly report, Glassnode warns that despite strong network fundamentals, Bitcoin remains at risk of a macro-induced plunge.

Bitcoin (BTC) is showing all the signs of further price gains but macro markets could still bring the bull run to an end, says Glassnode.

In its latest weekly update, The Week On-Chain, the analytics firm sounded the alarm about an external force “halting this bull run in its tracks.”

Glassnode: This may be the beginning of next BTC bull market

Combined in its Glassnode Network Index (GNI) index, both liquidity and overall network health were decidedly bullish. A lack of saving behavior among hodlers brought “sentiment,” another component of the index, lower.

Overall, however, general GNI stood at 73/100, a change of 3 points over the previous week. 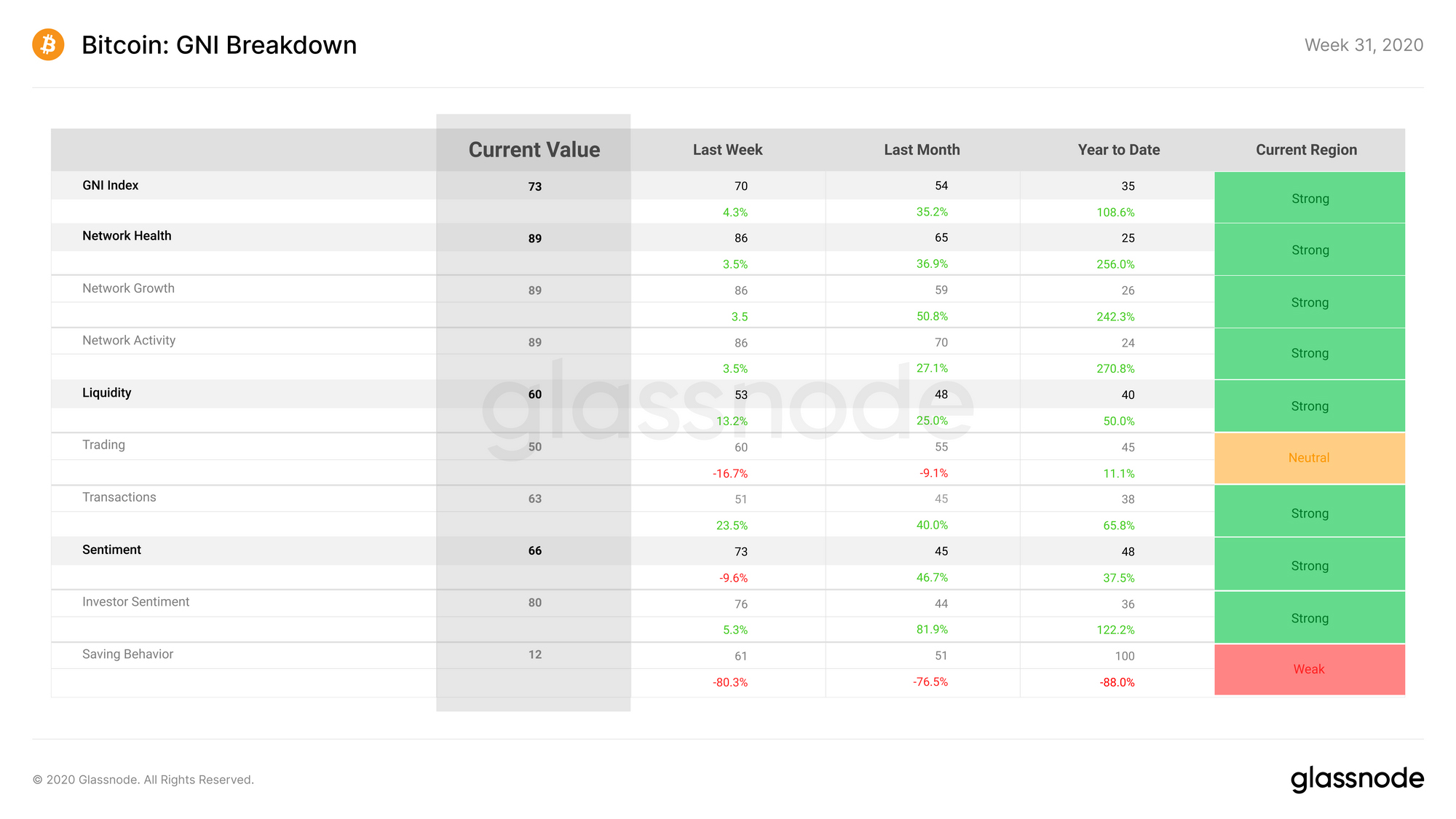 Separately, the company’s Compass tool continued to flash bullish for a tenth week in a row.

“After over 2 months of indicating an upcoming price increase, the compass' position in the bullish zone is finally being reflected in the price of BTC,” the update summarized.

“Consistently strong on-chain fundamentals suggest that this may indeed be the beginning of the next bull market.”

Nonetheless, as buoyant as Bitcoin appeared, there was still room for historically sensitive factors to return to spoil the fun for investors.

“However, despite strong sentiment, a crash in traditional markets (as has been forecast by many analysts) could halt this bull run in its tracks, as we saw on Black Thursday in March,” Glassnode added.

“As such, investors should remain cautious in their optimism, given the fragility of financial markets in the current day and age.”

As Cointelegraph reported, Bitcoin has shown high correlation with certain macro components, notably stock markets and particularly the S&P 500. Recent weeks have provided a break in the trend, as stocks cool but BTC/USD accelerates in line with safe havens such as gold. 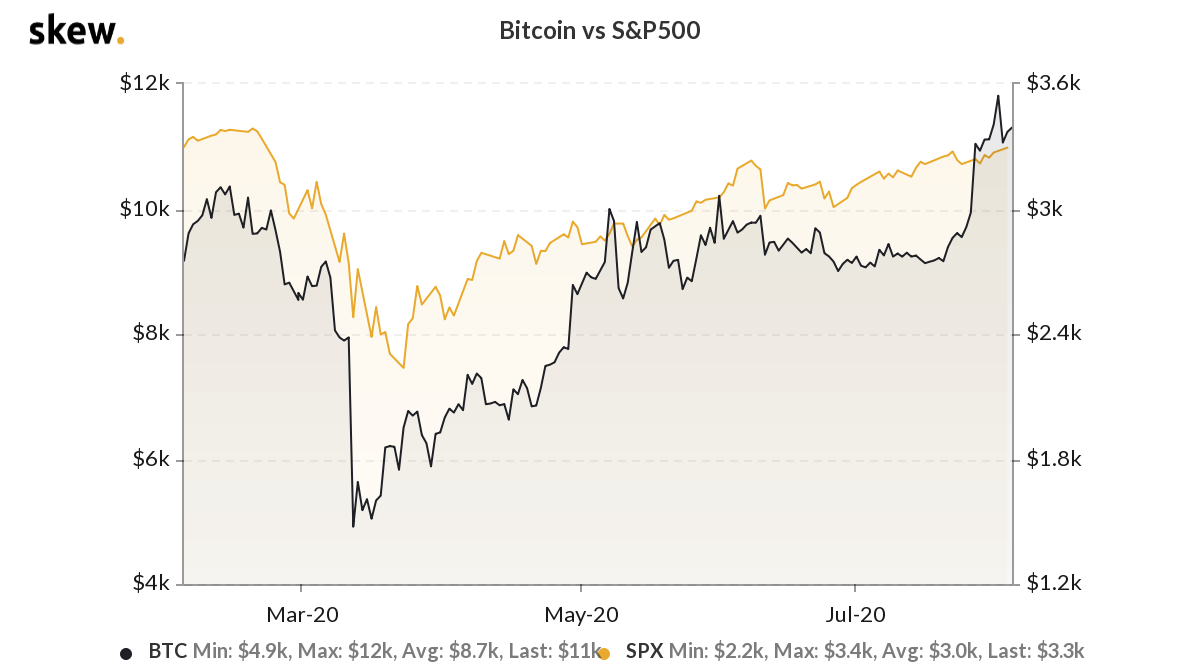 Despite falling in March, Bitcoin’s recovery beat the precious metal convincingly, with year-to-date returns currently standing at over 55%.

On Monday, various traders offered their most likely scenarios for short-term Bitcoin price trajectory. Previously, the sentiment was already coalescing around a likely fresh bullish phase beginning at some point later in August.