The Financial Needs of Banked and Unbanked Meet in Bitcoin

While billions of people around the world lack access to bank accounts and credit cards, those who have easy access to such services are choosing to give them up. 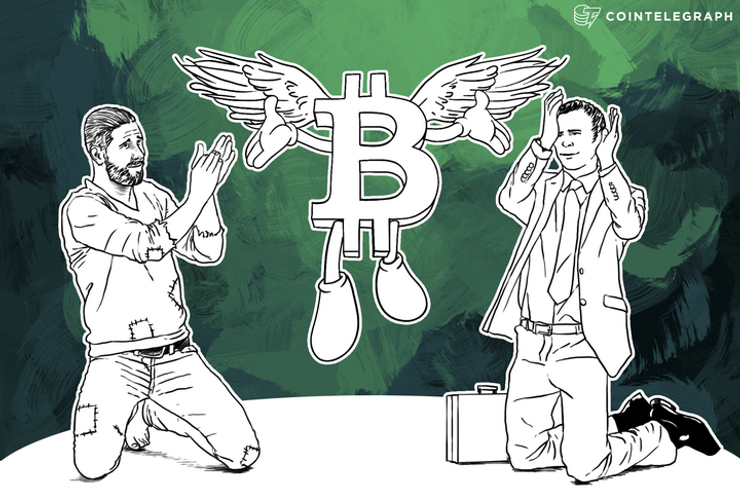 While billions of people around the world lack access to bank accounts and credit cards, those who have easy access to such services are choosing to give them up. Both segments of the population — the banked and the unbanked — are increasingly experiencing fewer benefits from banks, and more from technologies and services based on the blockchain.

"I am a millennial. I can tell you that I do not expect to have a bank account soon. I already use bitcoin for everything. All the employees in my company are paid in bitcoin. It takes just minutes to process a payroll for our entire team. It is the future."

Millions of people with bank accounts are shifting to alternative payment systems, such as mobile payment platforms and bitcoin, resulting in a rapid increase of registered mobile payment accounts around the world, and in unbanked countries like India and Cameroon.

Sonny Singh, chief commercial officer at BitPay has talked about how Bitcoin has entered into a new phase, as people begin to explore its use-cases in different sectors. Singh stated:

"Bitcoin is now moving into its second phase. The first phase was merchant adoption and I think this is pretty much done now. The second phase is exploring bitcoin's use cases. For example, one area where companies could see huge benefits from bitcoin is in international payments. This could save them a lot of money."

The cause of the sudden change of trend from bank accounts to mobile payment systems like Bitcoin is banks’ inefficiency to handle and process payments, both national and international, on a daily basis.

While transactions in the Bitcoin blockchain are verified by miners that use computing technology to secure and settle transactions in under 10 minutes, banks and credit card companies can take days or even weeks to process payments.

“Major banks operate with millions of live customers transacting billions of pounds daily,” explained Alex Letts, founder of Ffrees. Settling these bank transfers and transactions requires an enormous amount of labor to handle documents and private ledgers, and to track down payments in the banking system’s non-transparent record of transactions.

According to a report last year by IT research and consulting firm Celent, banks in North America, Asia-Pacific and Europe have spent over US$188 billion on technology. The majority of the investment focused on payment processing.

Banks’ inefficiency to settle transactions will backfire on them worldwide, if they don’t adapt, now that there are better alternatives. Quite recently, major banks and financial institutions in Europe and North America have displayed strong interest in solving the problems of slow transaction verification and research times by implementing blockchain technology in attempt to cut a large portion of their payment processing costs.

As reported by Cointelegraph, German global banking and financial services company Deutsche Bank has launched three innovation labs where they plan to finance FinTech and Bitcoin startups that develop payment infrastructure that the bank itself can use in the future.

Canadian Bank of Imperial Commerce (CIBC) has also emerged to be one of the world’s largest banks to take interest in the blockchain technology. CEO Victor Dodig announced at the Empire Club of Canada in Toronto that the bank is “studying technology underlying digital currencies such as Bitcoin as traditional lenders brace for disruption from new entrants in the financial services industry.”