Financial experts and artificial intelligence are combined in a new Blockchain platform that automates your investment portfolio.

The next generation of investing tools: a Blockchain platform harnessing machine learning and expert predictions. #CT_Sponsored 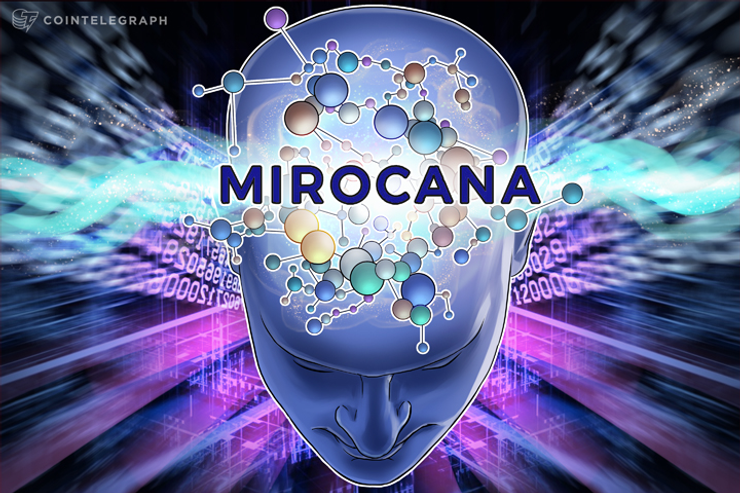 Financial markets play a vital role in today's economic framework, enabling companies to access the necessary capital to expand. They also allow investors to safeguard the value of their savings by hedging against economic outcomes. But the way markets are changing makes them look drastically different than they did even 10 years ago. Between the rise of Fintech, high frequency trading and artificial intelligence (AI), the world of finance has changed greatly. Also factors in these changes are the increased concentration of the world's capital in the hands of a select few banks and funds, making finance increasingly abstract from most people's daily lives.

Despite this, other trends, notably the rise of Blockchain tech, are going to shake the industry. Money is money, and the decentralized nature of Blockchains is being used to harness community intelligence. This makes investing more accessible to all and leverages the new possibilities of cutting edge AI and machine learning. A new Blockchain startup two years in the making called Mirocana has developed a platform that brings investment expertise, AI and decentralization together.

Despite the popularity of personal trading sites like eToro, it remains difficult for an individual investor to outperform simple exchange traded funds in the long run. Aside from the huge expertise advantage that established companies have, technology has made their head start even greater. Consider the case of two San Francisco investment houses, one of which was able to get a consistent advantage over the other purely because it was located a few hundred meters closer to an Internet exchange. In this context, unless an individual is an expert in machine learning and finance, their resources simply cannot compete with the incumbents.

Mirocana referenced this problem in their whitepaper:

“Today, sophisticated investing algorithms and AI-powered trading robots are only available to a limited number of market players. Companies like WorldQuant, BlackRock, Aidyia, Morgan Stanley, Goldman Sachs, Tow Sigma and plenty of others that we do not know about, develop these complex algorithms and keep the technology to themselves. They spend hundreds of millions of dollars each year to hire thousands of highly paid quantitative analysts, algo-traders and data scientists to gain a competitive edge that is unreachable to a retail investor.”

Investing with one of these incumbent companies is problematic for individuals not just because of the high fees, but also because large minimum investments are required. Until now, online platforms did not have the technology to manage sophisticated deals and trades because of the amount of human oversight that is needed to manage these financial instruments.

Mirocana has addressed these issues by leveraging Blockchain features to allow investors to easily involve themselves in a range of trading strategies on their platform. Smart contracts and the fungibility of tokens on a Blockchain are what makes this possible, removing the need for manual processing and oversight.

But this is only part of what the platform allows, since the company has built-in a community of experts. These experts and the AI-leveraged trading models allow token holders to track and invest in any strategy they see on the system.

There are three products built into the platform, Mirocana Alpha, Sigma and Target. Alpha is targeted at data scientists and algorithm developers as the producers of strategies, which are then tested out against real time market data. Based on the success of the strategies the contributors develop, they may be rewarded in MIRO tokens and these strategies made available for other users.

The Sigma product is similar but involves quants developing models that are tested against obfuscated historic data. Target allows regular users to take part in the same stock picking system via a mobile app and potentially be rewarded in MIRO tokens also.

All transactions on the platform are recorded via the ledger, which is underpinned by the mined MIRO token. In fact, the Mirocana team this week is releasing an improvement that speeds mining considerably. The beta version of the platform has already been released in collaboration with Oanda, and both of these updates were released ahead of schedule.

The Mirocana ICO is currently running.