This Mobile Game is Teaching Mainstream Users About Bitcoin

Through the mobile game Micko’s Adventure Voyage the Drachmae Travel Club hopes to get new users familiar with Bitcoin. 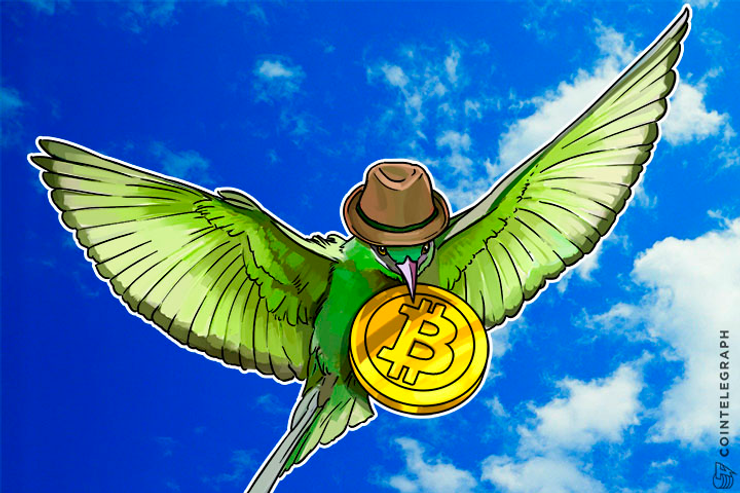 The Drachmae Travel Club has released a mobile game to promote the adoption of cryptocurrency.

The game, titled Micko’s Adventure Voyage, follows an animated duck on a side-scrolling romp through several landscapes. High scoring users are rewarded with DT Tokens, which can then be redeemed at the Drachmae Travel Club for a variety of purposes, including travel, lodgings, and SIM cards.

According to the Travel Club’s Lee Gibson Grant, the game serves a dual purpose, to showcase exotic locations to generate customer interest, and to get customers using digital currency tokens.

“The art of the game is to have fun at well-known tourist destinations, so not only is it a game but it’s also packed full of entertainment at exotic locations. The catch for players is to collect the maximum number of Draco tokens, which can then be redeemed for booking hotels and flights with all the available partner hotels and airlines. Hence, as a player you do not only play the game but you can also win the best travel rewards and air-miles by achieving different daily or chapter level challenges. This journey covers only the best tourist locations.”

A tool to get users comfortable with using cryptocurrency

Grant sees this distribution of DT tokens as a crucial first step in getting new users comfortable with Blockchain tokens, as once they realize they can be used to pay for travel etc. they will be less cautious of using Bitcoin to do the same.

“This is a slow educational process for mainstream users, and it’s also a viral introduction to Blockchain which the travel competition will play a large part in. Our young users will get the DT token, but they can also pay on the Travel Club with Bitcoin too. It's to help our users to understand crypto via competitions.”

The goal, according to Grant, is to build a series of projects related to cryptocurrency, all tied in around the central theme of the Travel Club.

“So not only can Draco tokens be won but so can Travel Club memberships. Everything links together: travel mobile network, travel money etc. That's why the Travel Club comes first, as it's at the core. Everything else is an add-on.”

The road to total Bitcoin adoption is not one of instant success. The preliminary first step towards getting a wary population to trust digital currency is to establish its usefulness in specific transactional cases, such as redeemable points at a travel club. The next step is to establish Bitcoin’s value as a commodity, able to be liquidated for money. The last step is for Bitcoin to become the money itself.

Related News
Tokenizing Sports — How the Industry Is Incorporating Crypto
Mobile App Promises Easier, Better Crypto Options Trading Experience
How Real World Use Cases Will Drive Crypto Growth in 2020
Britain’s Tax Agency Offering Contract for Tech to Combat Crypto Tax Evasion
FCA’s New AML Regime – UK’s Crypto Market Will Have to Adapt in 2020
Huobi Debuts Crypto Brokerage as Its Institutional Arm Grows 400% Since Q3 2019
<div is="sidebar" :sidebar-data="{"promoButtonsI18n":{"crypto-button":{"url":"crypto.btn.sidebar.url","label":"Get Crypto At True Cost\n","text":"Cryptoassets are complex instruments and investments carry a high risk of losing value. You should educate yourself in how crypto-markets work before making any investments. Always invest responsibly and be prepared for the risks associated with investing in or using cryptoassets. This promotion cannot be considered investment advice."},"etoro-button":{"url":"https:\/\/ad.doubleclick.net\/ddm\/clk\/437480595;240556498;x","label":"Try Etoro","text":"Trade on the world’s leading social trading platform (Highly volatile investment product. Your capital is at risk)"},"hitbtc-button":{"url":"https:\/\/hitbtc.com\/?ref_id=5cba0be404aa3","label":"BEST LIQUIDITY ON HITBTC","text":"Note that all trading strategies are to be used at your own risk. Before trading, we recommend to make sure that you have a clear understanding of cryptocurrencies and how they are traded."},"changelly-button":{"url":"https:\/\/changelly.com?utm_source=cointelegraph&utm_medium=referral&utm_campaign=changellyctengbutton&ref_id=le9ssi8dgmskmqu0","label":"BEST RATES ON CHANGELLY","text":"This is to note that you should realize all crypto trading risks. Please make sure that you understand