Bitcoin’s price gain has been the main attraction of the past week.

A rally being led by the largest crypto is a bullish sign. Let’s take a look at the charts 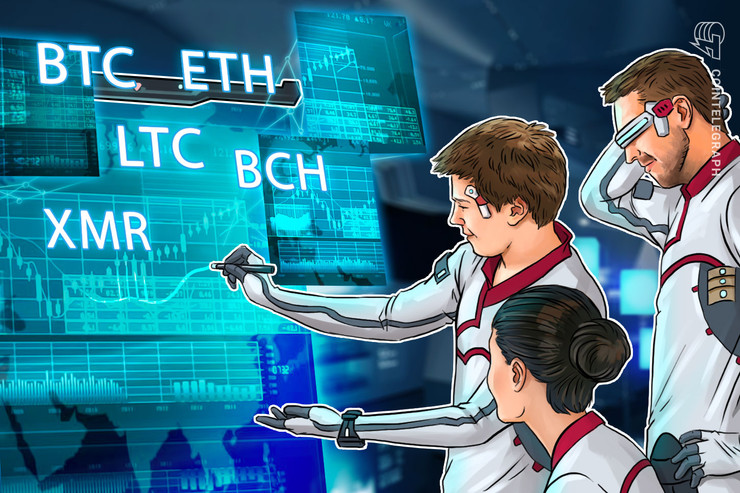 Bitcoin has been the main attraction in the past week, as it has scaled every stiff hurdle with ease. The rally has helped its market dominance hit levels not seen since December 2017. After a long time, the traders have focused on the positives and have disregarded the negative news. This shows that the sentiment is bullish.

A rally being led by the largest cryptocurrency is a bullish sign. Some believe that the upward move is a result of increased activity by institutional players. While we are surprised by the pace of the rally, we believe that this is not sustainable and a repeat of the previous bull market is unlikely. Bitcoin will soon enter a consolidation or a minor correction that can be used as a buying opportunity.

Will bitcoin pull the altcoins higher, or will the altcoin rally indicate that the retail crowd is jumping in and a short-term top is close by? Let us see what the charts of the top five performers of the past seven days project.

Bitcoin (BTC), with its scintillating run, is back in the limelight. One of the world’s top cryptocurrency exchanges, Binance, was hacked and 7,070 in bitcoin was stolen from its hot wallets. However, the hack did not rattle the markets as it continued its uptrend after a brief pause. When markets do not correct on negative news, it is a bullish sign.

Galaxy Digital CEO Michael Novogratz expects the lifetime highs to be scaled within the next 18 months. Financial advisory firm Canaccord Genuity also arrived at a similar conclusion based on their studies: they expect bitcoin to hit $20,000 by 2021. Tim Draper, however, is even more bullish, as he expects Bitcoin to reach $250,000 by 2023.

However, we suggest traders not to get carried away by these lofty targets. Let’s see what the charts project.

However, the sharp rally has pushed the RSI on the weekly charts into the overbought zone for the first time since early January 2018. This shows that the rally has been persistent and strong.

Any dip will find support at $5,900 and below it at $4,900 levels. The next fall might form a higher base and be the last opportunity to buy before the cryptocurrency enters a sustained long-term uptrend.

While ether (ETH) volumes on decentralized applications (DApps) hit a new high, the number of new DApps deployed on-chain is at a low, close to 2017 levels, according to crypto analytics firm Diar. Over the next 12 months, the Ethereum Foundation plans to spend $30 million for various projects across the ecosystem. Helped with a donation of $1,000 Ether each by Joseph Lubin, Vitalik Buterin, ConsenSys and the Ethereum Foundation, the Moloch decentralized autonomous organization’s total funds have reached $1 million.

An unidentified official of the US Commodity Futures Trading Commission said that an Ether-based futures product might receive the approval of the regulator if it meets the requirements. Can these bullish developments propel the cryptocurrency higher?

After defending the breakout level of $167.20 for the past four weeks, the bulls are attempting to resume the uptrend. This is a positive sign. The breakout of the ascending triangle can push the price to $256.08, above which a move to $300 is probable.

The ETH/USD pair might face some resistance at the 50-week SMA, but we expect this level to be scaled.

Our bullish view will be negated if the bears reverse direction from the current levels and sink the pair back into the triangle. Such a move will invalidate the breakout of the bullish pattern, which is a bearish sign.

More than 50% of transactions in bitcoin cash (BCH) are being generated from a single account. These are small transactions in value but are being done on a regular basis — about three to four transactions per second. Some believe that this is being done to make the network look busier than it is, while others speculate that it is being done for a test. Nevertheless, all eyes will be on the forthcoming<a href="https://twitter.