Review on the most promising startups in FinTech. 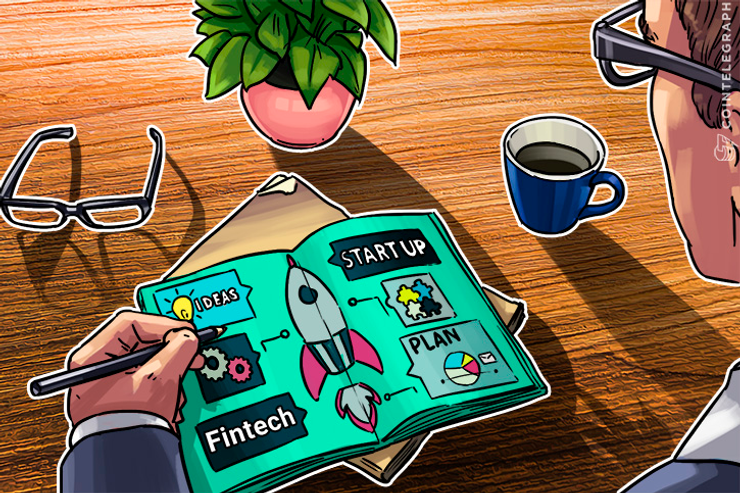 Financial technology, or Fintech, has become extremely trendy for startups since it holds significant potential and a lot of opportunities for realizing ideas. It’s easy to get confused due to the large array of options. Here are seven startups we consider interesting in the industry of financial technology.

Ethereum is a decentralized platform that uses smart contracts. The platform is public and based on open-source Blockchain technologies. It is realized on a decentralized virtual machine, called EVM.

The main preferences are smart contracts and the ability to create your own cryptocurrency.

Smart contracts are special protocols that facilitate, verify or enforce the negotiation and performance of a contract, which makes a contractual clause unnecessary. These protocols run without any possibility of downtime, censorship, fraud or third party interference.

Ethereum allows you to create your own digital token that can be used as a currency, a representation of an asset, a virtual share, a proof of membership or anything at all. These tokens use a standard coin API, so your contract will be automatically compatible with any wallet, other contract and exchange also using this standard. Most of the startups described below work on Ethereum.

IPFS (InterPlanetary File System) is a content-addressable peer-to-peer protocol designed to create a permanent and decentralized method for storing and sharing files.

The main benefits are decentralization, a new method of storage and security.

Decentralization allows people to have access to content on the Internet when the connection is rather bad or even absent from the cached versions of the sites.

The protocol distributes the information between all the computers, so DDoS attacks become useless.

IPFS has released its alpha version. It can replace the HTTPS protocol and change the entire Internet.

Monzo is a digital mobile-only bank without branches.

The main preference is usability.

Monzo allows you to open a card with any start capital without lots of documents and bureaucracy. The bank works with MasterCard, so their cards are usable all over the world. It works with cryptocurrencies and it does not take fees for any transactions when you are abroad.

Monzo received a full banking license in the UK in August 2016. It is the first digital bank with an official government license.

Wings is a decentralized project facilitation platform for managing DAOs.

The main preference is a new structure of organizations and companies.

DAO stands for Decentralized Autonomous Organization. At its most basic level, a DAO is an organization that relies on no form of central authority to operate. Instead, DAOs make decisions based on the votes made by all the members of the organization.

The platform provides a complete set of tools for smart contracts setup, project governance, engagement, crowdfunding and more. Swarm intelligence, via decentralized incentive forecasting, is used to encourage the submission of high-quality projects.

Also, the platform uses the concept of chatbots as an interface for any type of smart contract to make it easier for regular people to interact with them.

Aragon is a decentralized management platform for companies.

The main preference is its coverage.

This platform helps you to find people with the necessary skills and knowledge all over the world. It allows you to organize your own company and manage your business, employees, partners and investors.

WeTrust is a platform for Trusted Lending Circles, regulated by the community.

The main preference is self-regulation.

The platform is autonomous, frictionless and decentralized. WeTrust utilizes the Ethereum Blockchain to create a full-stack financial system that leverages existing social capital and trust networks, eliminating the need for a “trusted third party.” It allows for lower fees, improved incentive structures, decentralized risks and a greater amount of capital to reside among the participants.

Humaniq is a bank app to help people without bank accounts.

The main preferences are its usability and security, as well as its coverage.

Humaniq uses biometrics to replace passports and signatures, as well as an ICO and distributed digital assets via cryptocurrency instead of shareholders. Users will have a simple UX and UI to tap into the mobile application and will also have access to the Internet. They will be protected by their biometric ID, which no one can take from them.

Over a billion people are unbanked due to different reasons - they do not have identification documents, they live in countries without good financial systems, they have deposits that are out of world finances, among other things. This app solves this problem and introduces their money into the international financial system.