US President Trump administration has reaffirmed its commitment to Blockchain technology adoption in government operations as an important policy and strategy. 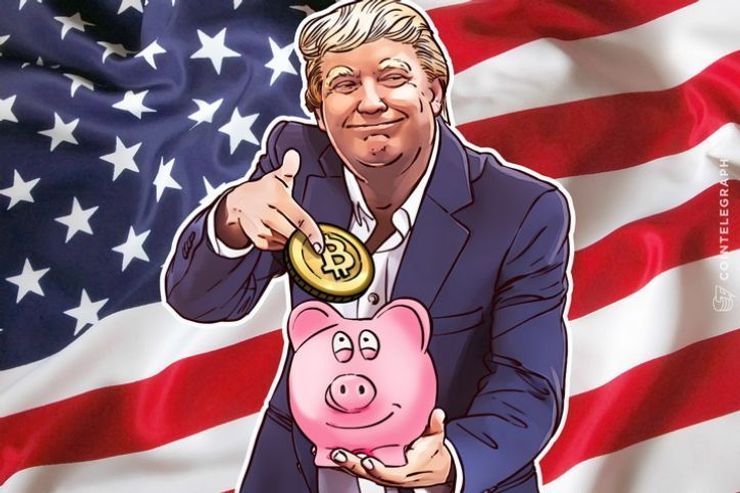 US President Trump administration has reaffirmed its commitment to Blockchain technology adoption in government operations as an important policy and strategy. This was reiterated by two senior White House officials at the Data Transparency 2017 conference held in late September.

In her conference remarks, US Office of Management and Budget acting federal chief information officer Margie Graves, the federal government is exploring several forward-leaning capabilities of artificial intelligence and Blockchain that could benefit the operations of the government.

Graves specifically claimed that Blockchain or distributed ledger technology (DLT) can be used to reduce waste, spending and incidence of fraud, as well as bolster cybersecurity defenses of the country.

Meanwhile, White House director of strategic initiatives and assistant to the president, Chris Liddel, stressed that the federal government should start implementing the foundational data standards to position the country in harnessing the potential of Blockchain and other technologies in the coming years.

“Whether it is Blockchain, artificial intelligence or perhaps a new technology that hasn't yet been envisaged, standardized data will help ensure the government stays current of technology's latest trends."

Blockchain projects by US government agencies

Several US government agencies, including the Centers for Disease Control and Prevention (CDC) and the General Services Administration (GSA), are already piloting Blockchain in their operations

The CDC has launched a pilot project for the use of the technology during disaster relief operations, particularly on public health data surveillance aimed at preventing the spread of preventive and chronic diseases.

The GSA, meanwhile, is advancing a program to develop a Blockchain-based system which is aimed at replacing the Fastlane procurement system for information technology projects.

Related News
Tokenizing Sports — How the Industry Is Incorporating Crypto
Startup Brings Crypto Payment Option to Over 730 Locations Worldwide
Former Bakkt CEO Sworn Into Senate, Casts 1st Vote to Support Trump
US Treasury to Complete PoC of Blockchain-Based Grants Payment System
How Real World Use Cases Will Drive Crypto Growth in 2020
Crypto Winter to Spring: Key Factors That Brought Bitcoin Back to Life
<div is="sidebar" :sidebar-data="{"promoButtonsI18n":{"crypto-button":{"url":"crypto.btn.sidebar.url","label":"Get Crypto At True Cost\n","text":"Cryptoassets are complex instruments and investments carry a high risk of losing value. You should educate yourself in how crypto-markets work before making any investments. Always invest responsibly and be prepared for the risks associated with investing in or using cryptoassets. This promotion cannot be considered investment advice."},"etoro-button":{"url":"https:\/\/ad.doubleclick.net\/ddm\/clk\/437480595;240556498;x","label":"Try Etoro","text":"Trade on the world’s leading social trading platform (Highly volatile investment product. Your capital is at risk)"},"hitbtc-button":{"url":"https:\/\/hitbtc.com\/?ref_id=5cba0be404aa3","label":"BEST LIQUIDITY ON HITBTC","text":"Note that all trading strategies are to be used at your own risk. Before trading, we recommend to make sure that you have a clear understanding of cryptocurrencies and how they are traded."},"changelly-button":{"ur