Uber recently announced customer location data collection for the duration of rides, and New York City has already demanded access to that data. 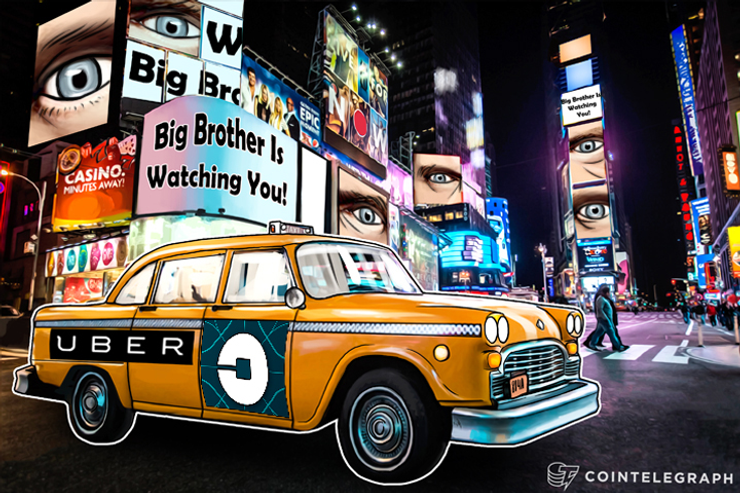 Uber recently announced customer location data collection for the duration of rides, and New York City has already demanded access to it.

According to the ridesharing giant, officials from the New York City government have demanded sensitive customer data. This includes constant geolocation, which the app uses to help drivers and riders find each other without constant call-response communication. This would mean that law enforcement agencies would have the effective use of all Uber users’ whereabouts while using the app.

In an email to customers, Uber outlined the threat to privacy presented by the New York City government:

“Today, New York City requires Uber and other companies to hand over a lot of sensitive personal passenger data, including where you're picked up on every trip. Now, New York City wants more. They're trying to force companies to tell them where you’re dropped off, as well.

In other words, they want to piece together the full details of every trip you ever take. Several independent privacy experts have said this policy creates "serious privacy risks." And that it would give the government "and anyone else who accesses this information a comprehensive, 360-degree view into the movements and habits of individual New Yorkers”.”

Uber has already faced scrutiny from the US Congress for its detailed collection of location data, which, regardless of original intent, has now found its way into the hands of government officials.

Facebook has also been subject to similar demands, having received a 27 percent increase in government requests for user data in the first half of 2016 alone.

Virgil Vaduva, CEO of peer-to-peer emergency response and ride-sharing company Cell 411, sees the centralized model as presenting a risk for the abuse of customer data:

“This abuse of users' confidential data is the little-known ugly side of centralized business models such as Uber, Facebook and most other Silicon Valley giants who, while being successful companies, show little regard for their users’ privacy.”

Peer-to-peer infrastructures allow users to control their own privacy

While debate and controversy may swirl around tech companies’ use of customer data, newer, less centralized models offer a change of debate entirely by not collecting excessive user data, to begin with.

By leveraging a more peer-to-peer approach in this way, large companies are simply not in possession of sensitive information in the event of a government body’s inquiry.

According to Vaduva, whose app contains barebones ride-sharing functionality allowing for largely peer-to-peer arrangements between riders and drivers, empowering users to handle their own relationships allows the platform to stay out of their private business:

“Unlike Uber, we do not even verify the identities of users using our platform, nor do we care about who our users are. Beyond making payments and honoring their ride agreements, Cell 411 users are not required to agree to any onerous data sharing policies and users' data is not shared with any third party nor mined by us or anyone else. Our entire infrastructure is based on a decentralized model which promotes horizontal, inter-user relationships and dynamic micro-social networks built by users in their own communities.”

Related News
Round-Up of Crypto Exchange Hacks So Far in 2019 — How Can They Be Stopped?
Startup Brings Crypto Payment Option to Over 730 Locations Worldwide
<a class="related-ssr_entry" href="https://cointelegraph.com/news/ny-governor-wants-crypto-firms-to-cover-cost