Up 150% Chainlink & Tezos Lead the Crypto Recovery but for How Long?

Tezos and Chainlink each gained more than 150% since Black Thursday outperforming Bitcoin and just about everything else.

Any discussion over the current price action in the crypto market is likely to include some reference to Chainlink (LINK) and Tezos (XTZ).

Both have seen some of the most volatile and massive flows of the past twelve months in the cryptomarkets. Since the Black Thursday crash on March 12, Chainlink has seen a surge of 156% and Tezos has rallied by 152%.

The question is, will these altcoins remain the leaders of the pack and indicate future surges in the altcoin market? 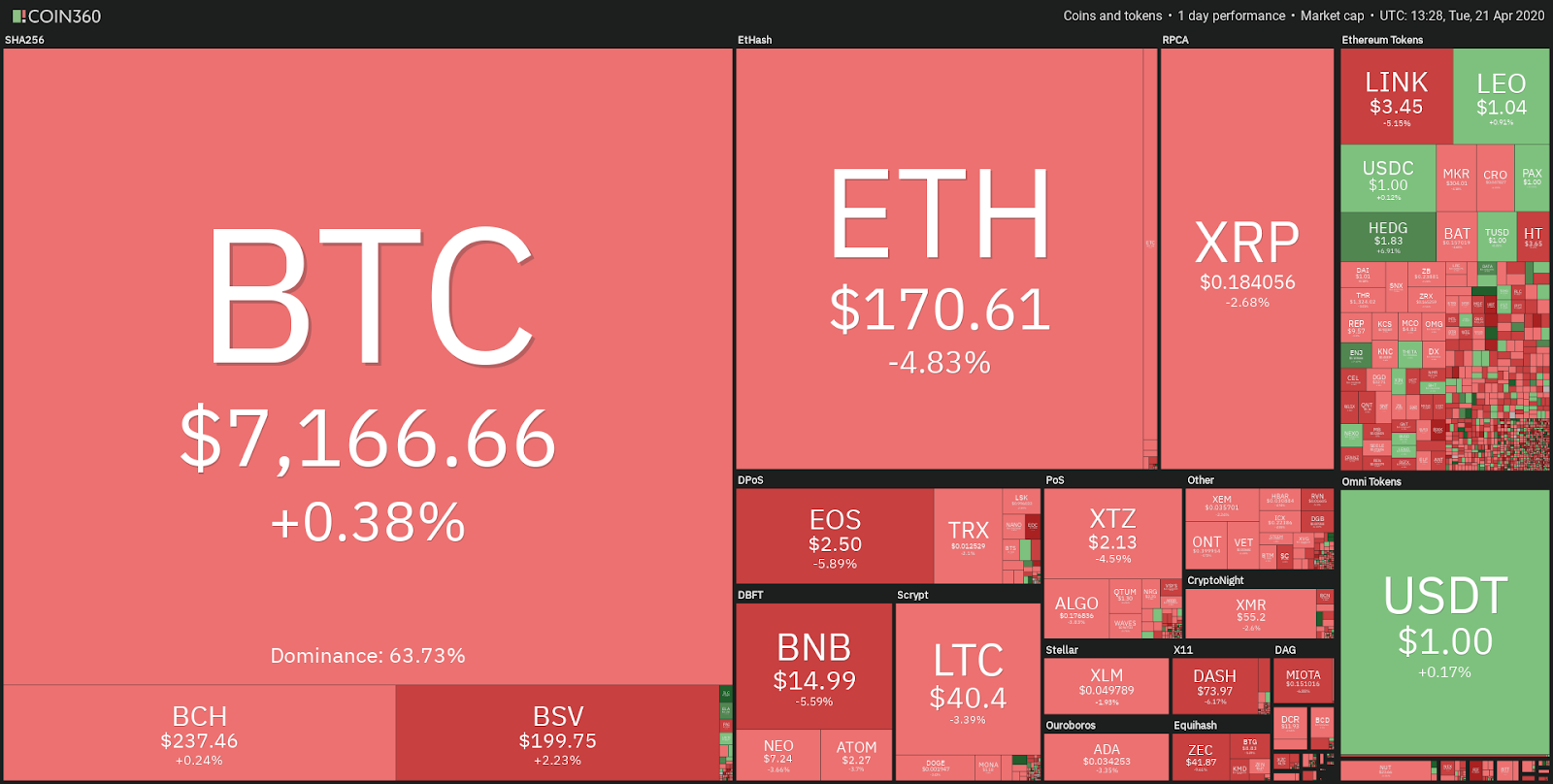 Is Chainlink moving to a new all-time high?

Looking back, the crash on March 12 started at $3.80 for Chainlink. In just over a month’s time, the price has rallied back up to the levels prior to the crash. Such a move shows strength and interest from buyers.

As the chart shows, Chainlink reclaimed the monthly support level at $2.25 and started to show off strength since. Remarkably, the price quickly rallied towards $3.80 but this is no surprise as there are not many resistances in between $2.20 and $3.80.

Chainlink and Tezos are the two strongest trending coins in the past 18 months and each regularly shows massive volatility and volume for traders.

However, after such a surge, it’s more likely to see short term corrective movements than further upwards momentum. Especially given the current market sentiment in which people fear for their financial situation. Equity markets remain shaky and it seems that a breakdown in Bitcoin price is on the way.

On the 6-hour timeframe, LINK/BTC shows a potential bearish divergence and a clear resistance area to which the coin surged.

Crucial for confirmation of this bearish divergence would be a drop below $3.30-$3.35, as that’s the current support. The $3.30-$3.35 is also an area that’s been the previous top in an earlier surge.

Losing the $3.30-$3.35 level would confirm downwards pressure and a trend reversal, through which the bearish divergence is confirmed as well. If such a breakdown occurs, likely levels to target are at $2.80 and possibly $2.20-$2.30.

The 1-day chart currently shows strength and a similar conclusion can be drawn regarding the LINK/USDT. However, potential bearish divergences confluent with decreasing volume can be spotted. If the price decides to reverse and lose the green zone around 0.000490000 satoshis, the price is prepped for a further decline in the coming weeks.

The XTZ/USDT pair shows a similar chart as Chainlink and the price surged more than 150% in just a month.

However, similar weaknesses can also be spotted in the recent movements of the markets, through which assumptions can be made that the price is close to reverse in trend.

The 4-hour shows Tezos was unable to break through the daily resistance at $2.35 and reversed. However, unlike Chainlink, the price is not resting on its previous top from April 12.

Tezos price is resting on its last support at $2.08 and losing this level would lead to a heavy dropdown to $1.78 or lower and an apparent confirmation of a trend shift.

On the upside, levels to be watched should be the $2.24-$2.25 area. A clear rejection from this zone would mean that this level has flipped resistance from support. After such rejection, a further decline is likely to occur for the markets.

XTZ/BTC is at a crucial level

The XTZ/BTC pair is currently fighting a crucial level as the 0.00003200 sats level is the last massive resistance until the highs can be tested again.

An apparent breakthrough of this monthly level would mean a continuation to the market and a likely surge towards 0.00003750 sats.

The 4-hour chart shows a clear rejection from the monthly level, through which a bearish divergence can be spotted on the RSI as well.

Through such a structure, in the short term, it’s more likely to have a slight extension of the current correction than an immediate breakthrough of the monthly level.

As stated above, a breakthrough at the monthly level would mean a further surge towards the highs around 0.00003800 sats.