Why Ethereum May Grow Higher in Value Than Bitcoin

From its value of $8 in January, Ethereum has attained a figure of $203 just recently which represents a rise of 2,367%. 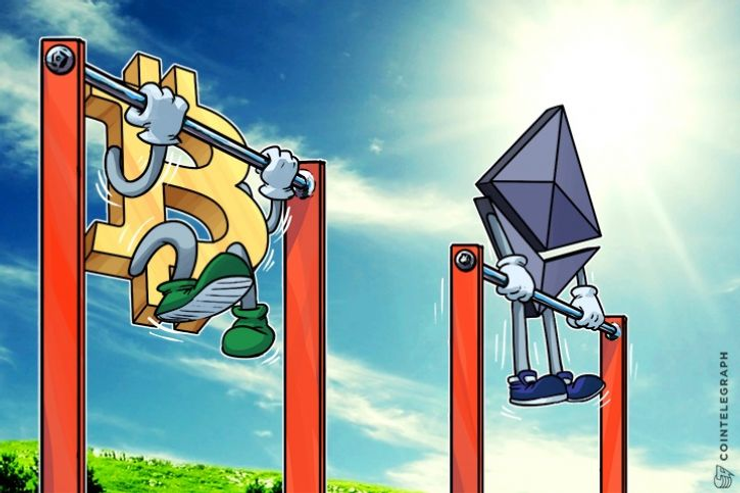 In May 2017, investors and spectators alike saw Bitcoin price pass the value of $2,300. This figure marks the highest peak of Bitcoin’s value in its entire lifetime. Due to the success of Bitcoin over the years, many investors have been attracted to it and other cryptocurrencies as well.

However, Bitcoin is not the only cryptocurrency that has risen in value. Another leading cryptocurrency known as Ethereum has also ascended in value since January 2017. From its value of about $8 at the year’s start, it has gone on to attain a figure of more than $350, and despite the recent correction haggles around this level.

It has been within the last few years that cryptocurrencies have gained much favor among investors who are looking for alternative means of investing other than the traditional investment mediums. While most investors still have their money invested in traditional financial markets, such as the stock market and the forex market, a lot of these investors have become worried about the economic climate of the world economy.

With recent events pointing to its inherent instability, many investors have been looking to other means of investment where they can put their money.

With the creation and popularization of cryptocurrency, as well as its sharp rise in value, many investors, especially those from Asia, have joined in on the Bitcoin and cryptocurrency trend.

While most people are more familiar with Bitcoin, Ethereum has also gained its fair share of the market. However, the key difference between the two lies in the technology used by Ethereum and Bitcoin.

The difference in the system would be that Ethereum’s data processing is much faster than Bitcoin, as Ethereum’s system automatically applies the terms and conditions of a contract once it has been agreed upon.

While many might think that Ethereum may be inferior to Bitcoin because its price value is lower, this is actually a good thing for potential investors who are looking for means of investing other than Bitcoin. The lower price may attract more investors as there is more room for growth. The only drawback would be that Ethereum is not as well established as Bitcoin. In consideration of this, Bitcoin is safer than Ethereum.

Not as volatile as before

Cryptocurrencies have made their mark ever since the inception of Bitcoin in 2009, and they are continuing to grow. In fact, the value of legitimate cryptocurrencies has grown much since that time.

Though cryptocurrencies are doing very well this year, analysts foresee that when the economic climate is better, investors will go back to traditional investment mediums and leave cryptocurrencies. When this happens, the volatility of cryptocurrencies will go down due to the decrease in demand.

Of course, the next few years will still see the growth of cryptocurrencies, which will help the industry remain quite strong. While this is all happening, it would definitely be a good idea for investors to hold on to their cryptocurrencies as they continue to strive for future growth.