Bitcoin miners are not likely to see capitulation and especially a “mining death spiral” after the 2020 halving due to four major reasons.

A popular narrative revolving around the Bitcoin (BTC) halving is that it may trigger the capitulation of miners. But, it is premature to suggest many miners will shut down in 2020 and bring the price of cryptocurrencies down as a result.

Some industry executives believe that the price of Bitcoin may drop following the May 11 halving. After the block rewards of Bitcoin miners get cut in half, their revenues also drop substantially. Typically, it affects overleveraged and small miners, forcing them to shut down their machines.

This will be the most brutal Bitcoin Halving in history. Production cost is about to double to $14,000. 70% above the current price. During the last halving, the price was just 10% below Production cost, and Price & HR collapsed -20%. Without FOMO now, expect a big miner capitulation. 30%+

A widespread theory is that as miners capitulate, they will begin to sell Bitcoin in the cryptocurrency exchange market and add significant selling pressure, which leads to more miners leaving and so on, resulting in the mythical “mining death spiral.”

This year, there are many variables that may prevent such a trend from occurring. Four main arguments against the capitulation of miners are: cheaper electricity in China decreased operational expenses due to weaker currencies, drop in energy price due to government lockdowns worldwide, and the adjustment of mining difficulty.

China reportedly comprises roughly 65% of all Bitcoin computing power, according to the latest data.

Moreover, the Chinese province of Sichuan is soon to enter the rainy season. Many electricity service providers in the province rely on hydropower to generate energy. When there is an abundance of water, it allows hydro plants to generate more energy than usual.

The increase in the supply of electricity in Sichuan gives large-scale mining centers in the region the ability to negotiate electricity prices. For the next few months, big miners are likely to receive major discounted electricity rates, decreasing operational costs.

According to Whit Gibbs, CEO at Hashr8, the decline of the ruble’s value may affect mining centers based in Russia.

The geopolitical risks in the global economy and their possible impact on Bitcoin mining are not being accounted for. Hence, to state that miners are likely to capitulate in the latter half of 2020 can be premature.

This halving COULD be the most brutal in history but it's all just a best guess. There hasn't been a comprehensive report in the last week to talk about current geopolitical and economic conditions, and how they'll impact mining/ the price of bitcoin.

When the number of miners mining Bitcoin declines as a result of low price and fewer block rewards after the halving, the difficulty of mining BTC automatically adjusts to maintain a steady block interval. 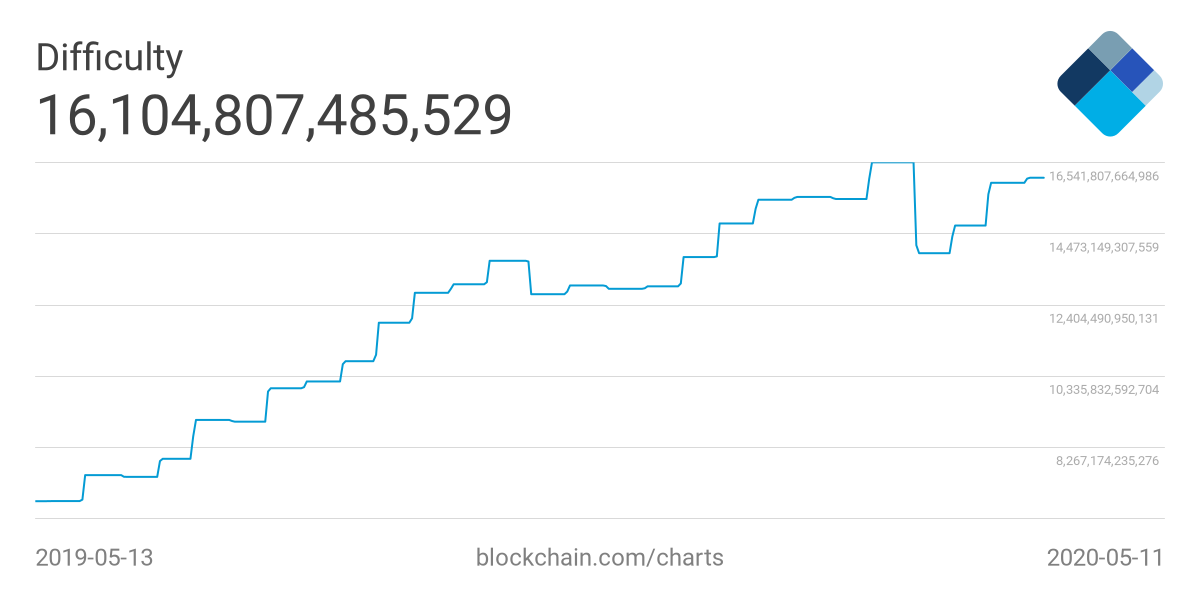 The term “mining” refers to the creation of new Bitcoins as a reward for contributing computing resources to the network. The network automatically adjusts how difficult it is to mine BTC every 2,016 blocks if the computing power, also known as the hash rate, drops (or rises).

The mining difficulty adjustment mechanism stops a cascade of miner capitulation from occurring, as it will get cheaper to mine BTC when the hash rate drops.