After a slump last week, the price of Bitcoin has again crossed the $10,000 mark in a recent rally.

The price of Bitcoin (BTC) has rallied over the past few days and has again crossed the $10,000 threshold. 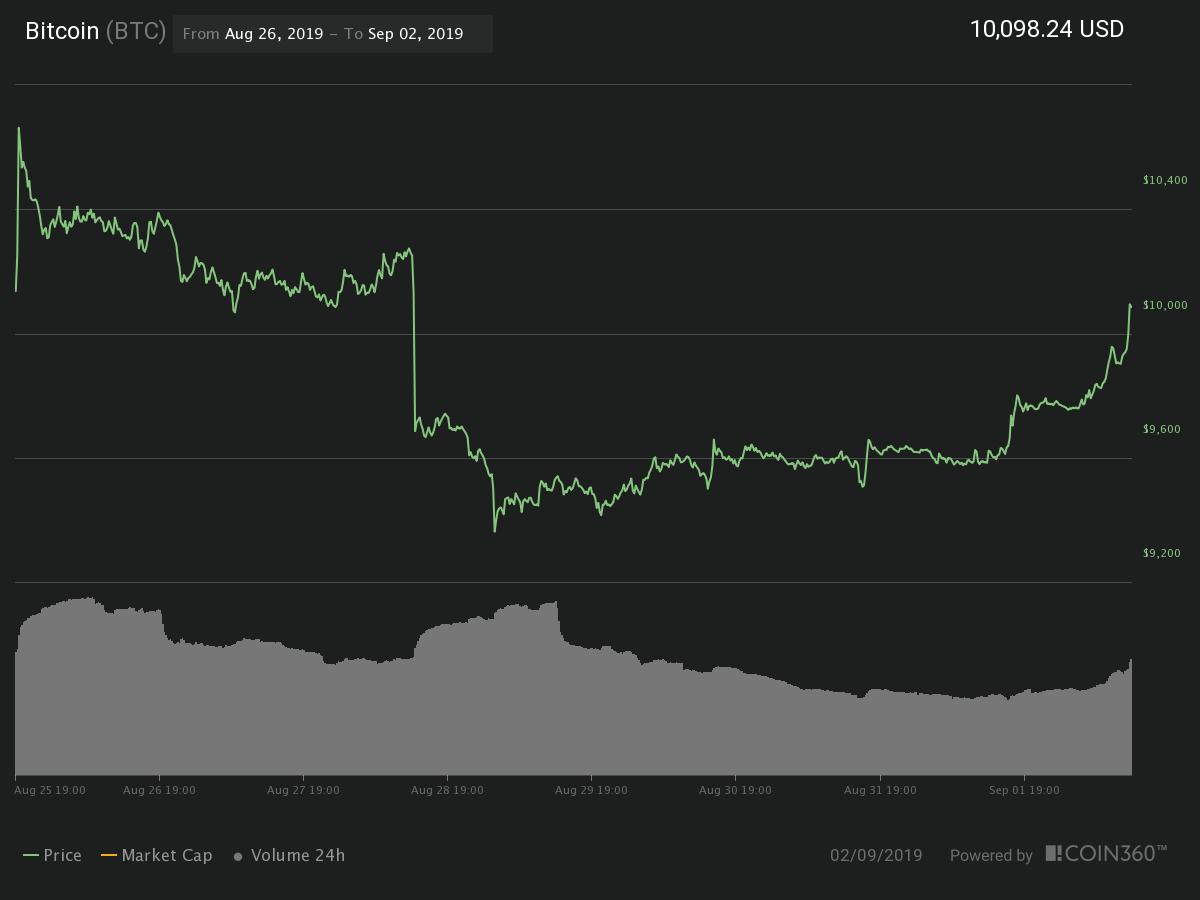 Last week, cryptocurrency investor and Galaxy Digital CEO and founder Michael Novogratz said that Bitcoin was in a consolidation phase, predicting that the impending involvement of institutional investors in the crypto space would fuel the next leg of the bull run. He said:

The long-awaited Bitcoin futures trading platform Bakkt recently announced that it will start accepting deposits for its custodial service Bakkt Warehouse on Sept. 6. The platform itself will launch trading on Sept. 23.

Analysts are uncertain about what Bakkt’s launch could mean for Bitcoin prices. The launch of Bitcoin futures on CBOE and CME precipitated the subsequent crash in early 2018, according to some.

Bakkt's futures contracts are settled in Bitcoin, meaning that investors will receive BTC in their accounts following settlement rather than dollars.