The Bank of England released a report today after what it termed a lengthy investigation about digital currencies like Bitcoin. 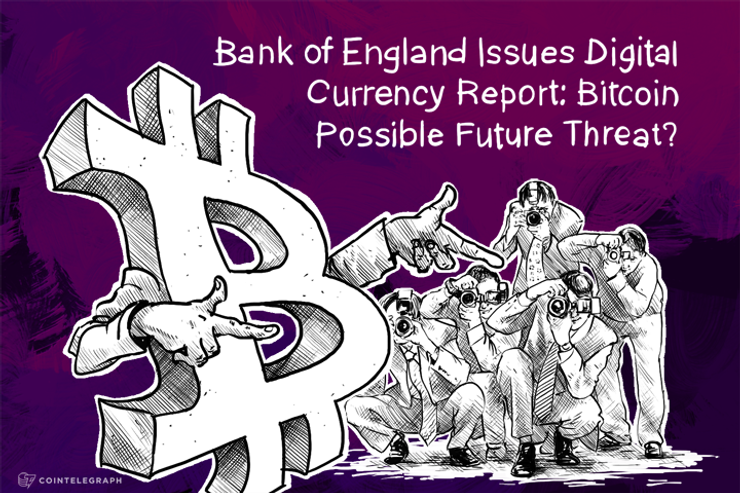 The Bank of England released a report today after what it termed a lengthy investigation about digital currencies like Bitcoin. The report described cryptocurrencies and even went as far as saying that the idea was essentially ingenious and then moved on to talk about these currencies in present tense, describing its current market penetration. The report was prepared by four of the bank’s officers: Robleh Ali of the Bank’s Financial Market Infrastructure Directorate, John Barrdear of the Bank’s Monetary Assessment and Strategy Division and Roger Clews and James Southgate and was included in the Bank’s Quarterly Bulletin.

- The Bank of England

If you are a crypto enthusiast and have read the report than you were no doubt amused after reading this report because the writers were seemingly so short sighted. The report begins by describing the traditional banking definition of money. Money must have three features:

The Bank found that about 20,000 UK citizens possessed Bitcoin and that, in general, they considered it a store of value rather than a medium of exchange. They said that because of this Bitcoin cannot be considered money under the Bank’s definition. They also estimated that only about 300 transactions a day are made in Bitcoin in the United Kingdom. The report concluded that while Bitcoin was not a current threat to English banks, and very well never would be because “significant” barriers. One important note however is the discussion of the fixed number of coins that most cryptocurrencies feature and the reports assurance that this rule was not built into the code and could be manipulated.