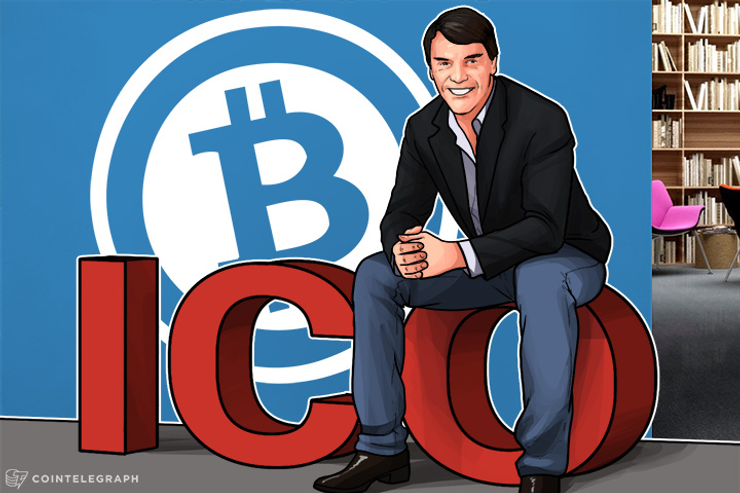 A billionaire investor best known for buying roughly 30,000 Bitcoins as part of the first government auction of the digital currency in 2014, is setting precedent as he stands behind a crypto token to be launched by a new startup.

Tim Draper told Reuters in an interview that his participation in the initial coin offering (ICO) of Tezos slated later this month will be his first. The new Blockchain platform launched by a husband-and-wife team with extensive Wall Street and hedge fund backgrounds will launch the ICO on May 22.

According to information on its website, Tezos takes a fundamentally different approach by creating governance rules for stakeholders to approve of protocol upgrades. They are then deployed on the network automatically.

When a developer proposes a protocol upgrade, they can attach an invoice to be paid out to their address upon approval and inclusion of their upgrade.

This approach provides a strong incentive for participation in the Tezos core development and further decentralizes the maintenance of the network. It compensates developers with tokens that have immediate value rather than forcing them to seek corporate sponsorships, foundation salaries or work for Internet fame alone.

As a new way of moving and storing money, Draper had told Fox Business in an interview in 2015 that Bitcoin is going to hit $10,000 in the following three years (by 2018). While the Bitcoin ecosystem looks forward to the feasibility of the prediction considering what is probable within the timeframe, it would seem that Draper’s confidence in the unfolding reality around him of what the top digital currency could bring to the table is still sound.

This makes his disclosed interest in another aspect of the digital currency sphere - his plan to participate in a token offering and his choice of Tezos as a particular startup to invest in considering it’s a formation of a “husband and wife” team - a point to note.

With its family makeup, the success of the startup’s ICO will be a sheer example of the opportunities the crypto economy could offer the smallest unit of a society - after all, there are businesses owned and run by couples or a family. It would also show that the potential for Bitcoin, as a growing digital currency in various households, is huge in this kind of a business setup. Hence, Draper’s support for the adaptation of the cryptocurrency concept into the family-based business world could be precedential.

"The best thing I can do is lead by example," Draper said in his interview.

"Over time, I actually feel that some of these tokens are going to improve the world and I want to make sure those tokens get promoted as well. I think Tezos is one of those tokens."

Unlike most traditional venture capital firms which are prohibited by agreements with investors from deploying cash into such high-risk assets as digital currencies, Draper said his firm is doing this with Tezos because there is money for such non-traditional investments. In addition, they had anticipated “that certain things are going to happen and finance is going to be transformed."

Related News
Virgin Bitcoin — Most In-Demand Crypto That Is Regulated Differently?
Mobile App Promises Easier, Better Crypto Options Trading Experience
Blockvest's Defense Based on Falsified Documents, Claims SEC
Liquid Cancels Sale of Telegram's Gram Tokens, Returns Funds to Investors
Dead Coins and Wallets: The Treasures of Atlantis or Zombie Uprising?
WisdomTree Grows a Stablecoin Today to Nurture a Crypto ETF Tomorrow
<div is="sidebar" :sidebar-data="{"promoButtonsI18n":{"crypto-button":{"url":"crypto.btn.sidebar.url","label":"Get Crypto At True Cost\n","text":"Cryptoassets are complex instruments and investments carry a high risk of losing value. You should educate yourself in how crypto-markets work before making any investments. Always invest responsibly and be prepared for the risks associated with investing in or using cryptoassets. This promotion cannot be considered investment advice."},"etoro-button":{"url":"https:\/\/ad.doubleclick.net\/ddm\/clk\/437480595;240556498;x","label":"Try Etoro","text":"Trade on the world’s leading social trading platform (Highly volatile investment product. Your capital is at risk)"},"hitbtc-button":{"url":"https:\/\/hitbtc.com\/?ref_id=5cba0be404aa3","label":"BEST LIQUIDITY ON HITBTC","text":"Note that all trading strategies are to be used at your own risk. Before trading, we recommend to make sure that you have a clear understanding of cryptocurrencies and how they are traded.q