Bitcoin Beyond Nerds: How to Get the Average Joe to Use Cryptocurrency

Four cryptocurrency adoption experts share their tips and tricks for how to bring crypto to the average Joe. 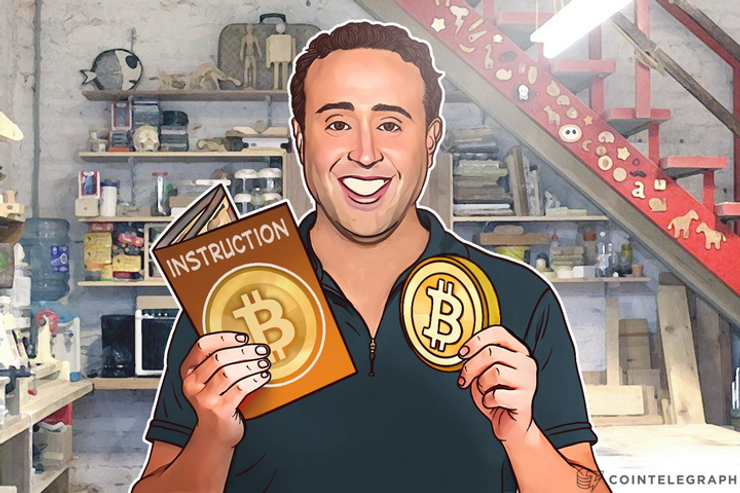 Bitcoin is still seen as the tech nerd’s plaything rather than the everyman’s money. Four cryptocurrency adoption experts share their tips and tricks for how to bring crypto to the average Joe.

A 2013 report found that the vast majority of Bitcoin users were male, libertarian, non-religious, and used their coins for donations rather than illegal activity. While these demographics have certainly shifted over time, cryptocurrency far and away remains the domain of the coder nerds. “Main street” adoption among the average citizens could be higher.

Cointelegraph spoke to several cryptocurrency experts specializing in adoption about the most effective ways to get crypto into regular use by ordinary people.

For Rijk Plasman, founder of Dutch cryptocurrency Gulden, the most crucial component of any adoption strategy is to remember to make a more user-friendly product than the current system.

“It's very important to be realistic, while there are a lot of benefits at this moment already to using cryptocurrency rather than using fiat, there is a pretty extensive learning path for new users. That's what we are doing differently, remove the learning, make apps so easy that people can use them without a manual. And when they use the apps they notice the benefits of blockchain instead of just hearing about it. Our apps have to be better than current banking apps, otherwise regular people wouldn't even give it a chance.”

Derrick J. Freeman, Bitcoin advocate and early adopter, also believes that emphasizing ease of use is imperative to promoting Bitcoin.

“I tell them all they need to use Bitcoin is an app. Here in New Hampshire, where I live, I can point to a half dozen Bitcoin vending machines that convert fiat and to Bitcoin. No questions asked. That kind of financial freedom and privacy is empowering.”

“We have actively gone out and searched for suppliers outwith the normal geek spectrum. So already you can buy beer, get a hotel room, your car serviced, your chimney swept for Scotcoin. Add in T-shirt printing, office/hot desk rental, car hire, football and pro basketball tickets, web design and hosting, server colo and coming soon also flights to/from Glasgow Prestwick. Start-up loans in Scotcoin are now available for young companies who agree to accept Scotcoin for their goods and services. Also within the month, the first residential property in the UK will be offered for crypto - though to be honest I think the deal will eventually be done in BTC rather than SCOT but it will certainly be listed for SCOT anyway.”

Tailoring the approach to the target audience

Freeman prefers to open a conversation with something more likely to resonate with a non-technical person.

“I never ask if they've heard of Bitcoin. Instead I say, "Have you heard of the Silk Road?" They have. They know Bitcoin can buy party drugs online, and they probably even have friends who have done it.”

Fleming sees the unique nature of Scotland’s current economic and political situation as a way to position Scotcoin for adoption in the near future.

“With the current uncertainties in Scotland regarding currency, our status as an EU member and the possibility of an independent Scotland u