The average block size of the Bitcoin network peaked at 1.341 MB on May 2, with the mining hash rate approaching a new all-time high.

The mean block size of the Bitcoin network peaked this month, with the hash rate setting new records before the rewards halving, scheduled in about 10 hours at the time of press. 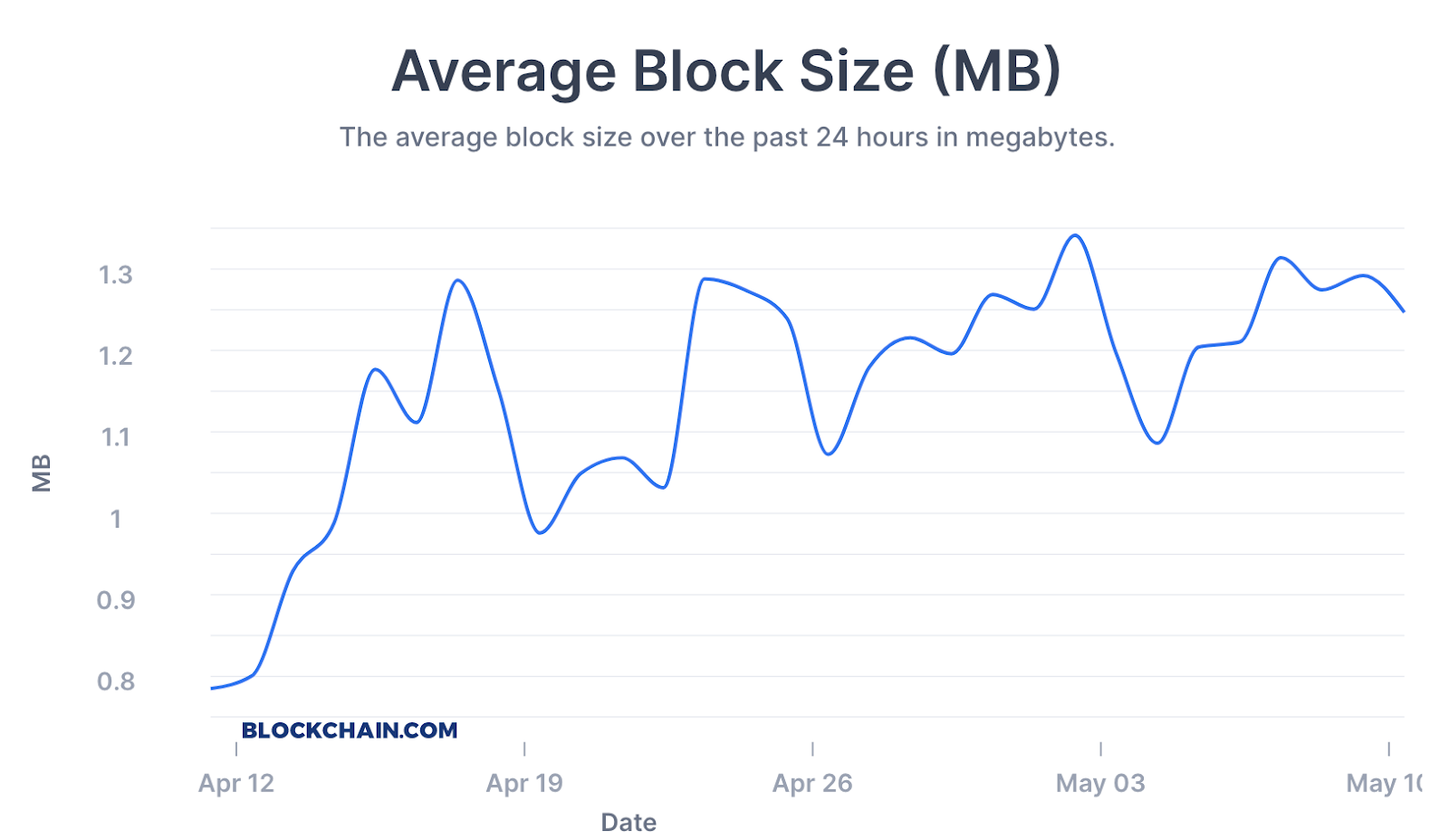 With the halving approaching, the Bitcoin network is likewise seeing a significant increase in fees, possibly to prioritize transactions. The average transaction fee for BTC peaked at $3.19 on May 8, an increase of over 300% from the average fee of $0.62 on April 26.

At the same time, BTC’s mining hash rate is seeing major volatility ahead of the halving event. On May 3, the hash rate reached more than 142 exahashes per second (EH/s) according to data from Glassnode. Data from Blockchain.com paints a similar picture but suggests that the peak in hash power occurred on May 2 and that a new ATH may happen on May 11, right before the halving occurs. 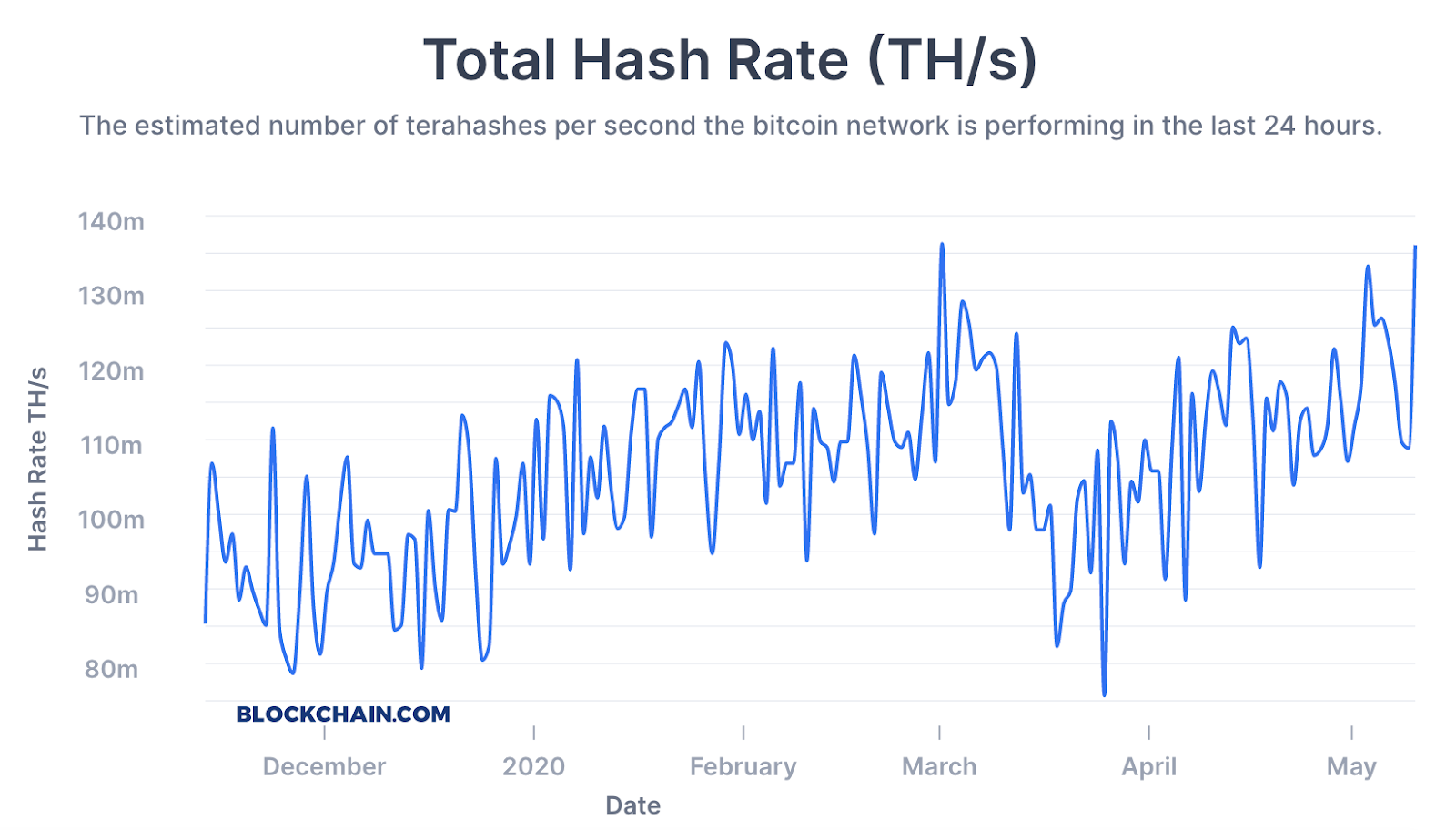 Miners are steadily approaching a new ATH. At the time of writing on May 11, the BTC hash rate was just over 136 EH/s according to Blockchain.com.