Darkleaks' black market for data, Inside Bitcoins coming to Berlin, 600 merchants in Austria started selling Bitcoin over night, BitPay partnering with Adyen, and much more news that happened on February 4. 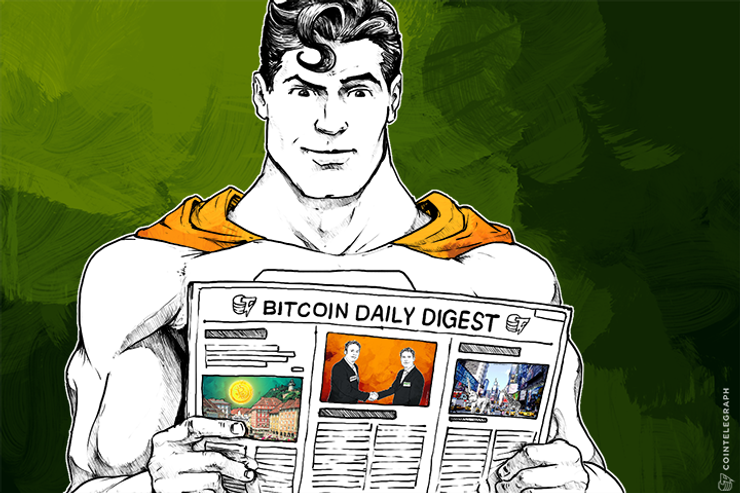 Darkleaks' black market for data, Inside Bitcoins coming to Berlin, 600 merchants in Austria started selling Bitcoin over night, BitPay partnering with Adyen, and much more news that happened on February 4.

Darkleaks, a black market for secrets

Darkleaks, a Bitcoin-powered black market that will let users sell leaked data in an anonymous and trustless environment, was recently announced.

According to the announcement:

"The software uses Bitcoin’s blockchain to encrypt files which are released when payment is claimed by the leaker. Files are split into segments and encrypted. These segments are unlocked only when the leaker reveals the key by claiming his bitcoins."

Today, the future of digital currencies in the African economy will be discussed in an event organized by ON21 in partnership with the Global Entrepreneurship Center, in New York City.

Moderated by MintCombine's CEO Rik Willard, the speakers will include Matthew Mellon from the Chamber of Digital Commerce, Elisabeth Rosiello from BitPesa, Emmanuel Abiodun from PeerNova, Michael Casey from the Wall Street Journal and John Betts, executive at Goldman Sachs.

Cointelegraph readers wishing to attend, are invited to use the following code to receive a 50% discount: onafrica2

Coinfinity, the operator of Austria's first Bitcoin ATM, unveiled a new voucher scheme called Bitcoinbon, German for "Bitcoin voucher." According to the company:

"Bitcoinbon is our newest and biggest project so far. It offers an opportunity to obtain bitcoins via a voucher at physical point of sale outlets everywhere in Austria."

As of today, people can purchase vouchers of 25, 50 or 100 EUR worth of BTC from over 600 merchants nationwide.

Inside Bitcoins conference coming to Berlin

Cointelegraph is an official media sponsor, and readers can redeem a 10% discount off from the Two Day Conference Pass by using the code COINTELEGRAPH.

Merchants using Ayden's services, which include Facebook, Spotify, and Airbnb, are now given the ability to accept Bitcoin as a payment method.

"We are delighted to be working with Adyen, whose merchants include Groupon, Facebook, Vodafone, AirBnB and KLM. This partnership means that any of these companies can easily start accepting bitcoin payments without the need for further technical integrations."