The price of Bitcoin surged by as much as 10% on the Zimbabwean exchange Golix in mid-November 2017 after the military successfully staged a coup d'état. The country is already known not to have a strong economy; Zimbabwe’s peak month of inflation was November 2008, when the rate of inflation hit an estimated at 79.6 billion percent.

Based on data from the Golix website, Bitcoin’s price has skyrocketed to up to $13,499 in the country, nearly double its rate in the international markets. As of November 15, Bitcoin was trading at $13,010 in the country’s capital Harare.

Crisis in Zimbabwe and its effect(s) on Bitcoin

The Zimbabwean army assaulted Harare on November 14 following a week of confrontation with the administration of President Robert Mugabe. According to the army, the move was aimed at preventing an expected violent and deadly civil war in the country. Mugabe has been the country’s head since 1980.

Due to the political crisis, the demand for Bitcoin in the country has skyrocketed to new highs because of a shortage of hard currency. The situation was exacerbated by the lack of national currency in Zimbabwe. In 2009, the country’s government adopted several fiat currencies like the US dollar and South African rand as a legal tender after hyperinflation turned the local dollar virtually worthless.

According to Golix, it has processed over $1 million worth of transactions in the past 30 days, a sharp increase from its turnover of $100,000 for the entire year of 2016.

According to Golix co-owner Taurai Chinyamakobvu, the prices for Bitcoin are determined by supply and demand. The sellers of the digital currency are paid in US dollars that are deposited electronically. The money, however, can only be converted into hard cash at a sizeable discount on the black market.

On November 15, an “electronic” dollar can purchase around eight South African rands, compared with the market exchange rate of 14.32 rands. 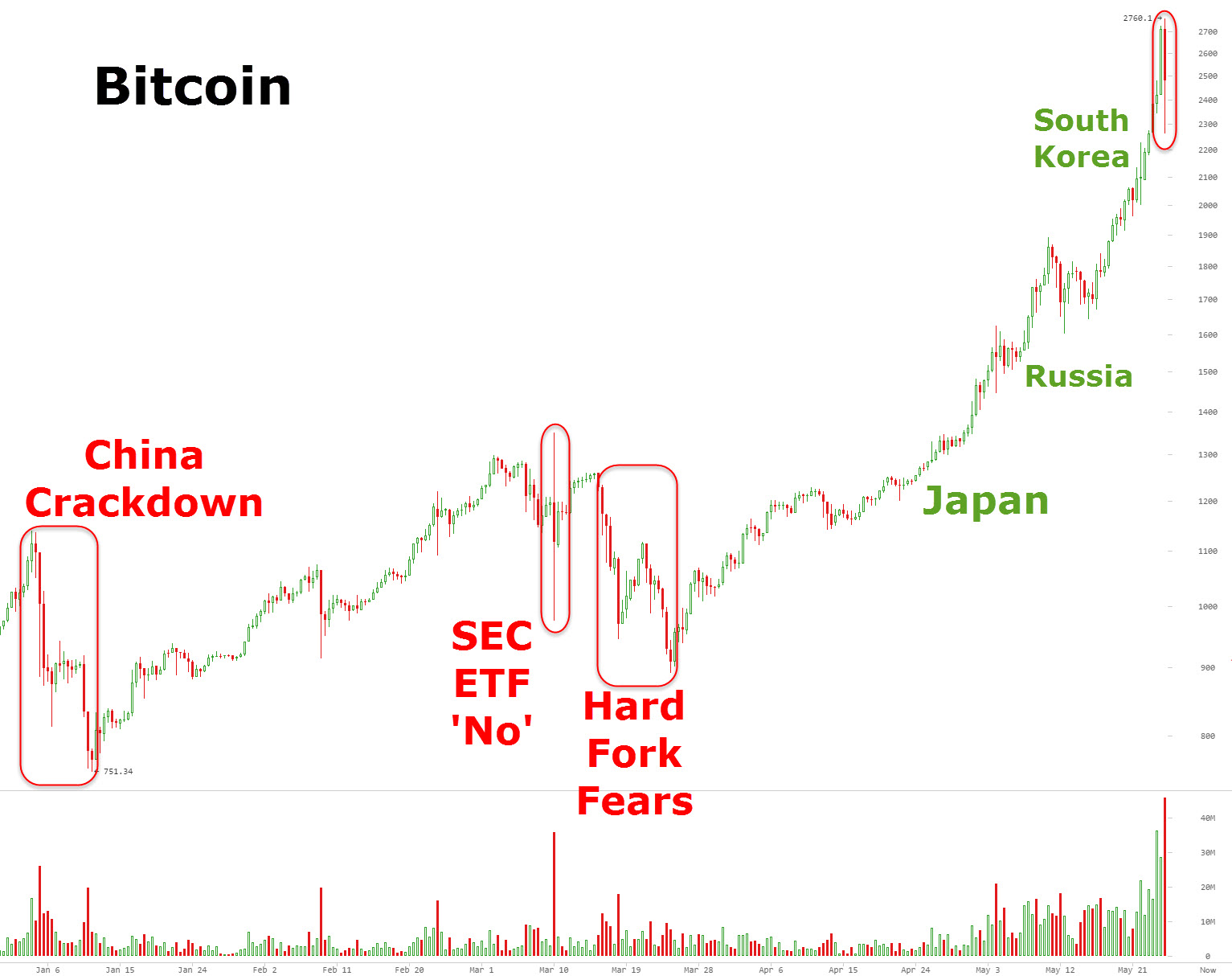 Such political unrest usually triggers many to turn to cryptocurrency as a form of ‘insurance’ and hedge against financial risks. For example, many Venezuelans have turned to Bitcoin mining to survive the political and financial crisis in the country.