Bitcoin exchange ItBit opened its doors on Thursday to US customers, BitPagos announced a partnership with e-commerce solutions provider Entrepids, and more news. 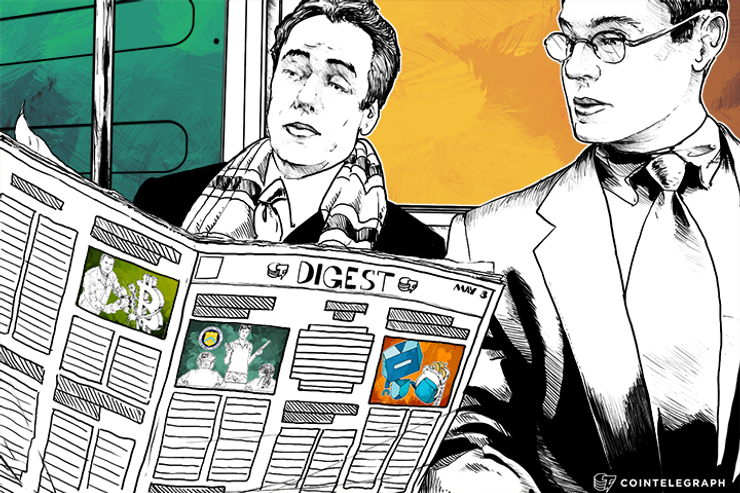 New York-based bitcoin exchange ItBit opened its doors on Thursday to US customers as a trust company, BitPagos announced a partnership with Latin American e-commerce solutions provider Entrepids, and more top stories for May 8.

ItBit Opens Shop In US As A Trust Company, Raises US$25 Million

ItBit, a New York-based bitcoin exchange, opened its doors on Thursday to US customers as a trust company. The 18-month-old startup announced that it has received a trust company charter from the New York State Department of Financial Services that will allow it to operate in all 50 states as a fully-regulated financial services entity.

BitPagos has announced a partnership with Latin American e-commerce solutions provider Entrepids that will enable its merchant partners – such as Best Buy Mexico – to opt into accepting Bitcoin payments as well as receiving Bitcoin in exchange for fiat payment. BitPagos CEO Sebastian Serrano indicated that, as part of the partnership, Entrepids will play a role in helping encourage its merchants to sign up for its service.

"From this point, the next phase is to go after these larger clients to integrate our platform into their system, but this makes it very, very easy. We have done the big part of all the technology integration so it's going to be super easy for clients to add bitcoin payments."

Sweden-based digital currency exchange Cryex has raised US$10m from investors including White Star Capital and Northzone Ventures. According to its website the Stockholm-based company seeks to bridge the gap between traditional financial markets and blockchain technology with a soon-to-be launched exchange product.

“Cryex has a unique model to clearing and settlement and has all the necessary components in place; financial-grade architecture and technology partners, a seasoned team and a number of high-profile strategic investors from the financial sector.”

A court in Ekaterinburg, Russia has set a hearing for May 15 regarding the Russia’s crypto community representatives’ complaint against the government’s ban of Bitcoin-related websites. The founder of btcsec.com, Ivan Tikhonov, believes that the court hearings have so far been positive for the banned websites despite the ban not being lifted as of yet.

In an interview with Cointelegraph, Tikhonov said:

“I believe we have a good chance of victory. Their decision is clearly not backed by any law and we presented evidence of this in our appeal petition. We are happy with how the hearings have been going since our request to restore the timeframe was approved and the prosecutor’s demand to stop our appeal was rejected.”