After recovering much of its price losses from last month, Bitcoin’s technical fundamentals are also leaving its March crash behind.

Bitcoin (BTC) has posted a fresh sign of recovery as its hash rate bounces back to levels from before March’s crash.

According to data from monitoring resource Blockchain, as of April 15, Bitcoin’s 7-day average hash rate was 114 quintillion hashes per second (h/s).

The last time the network recorded that total was on March 2. In the ten days that followed, the average hash rate grew to a record of 123 quintillion h/s before the events of “Black Thursday” on March 13 halted progress. 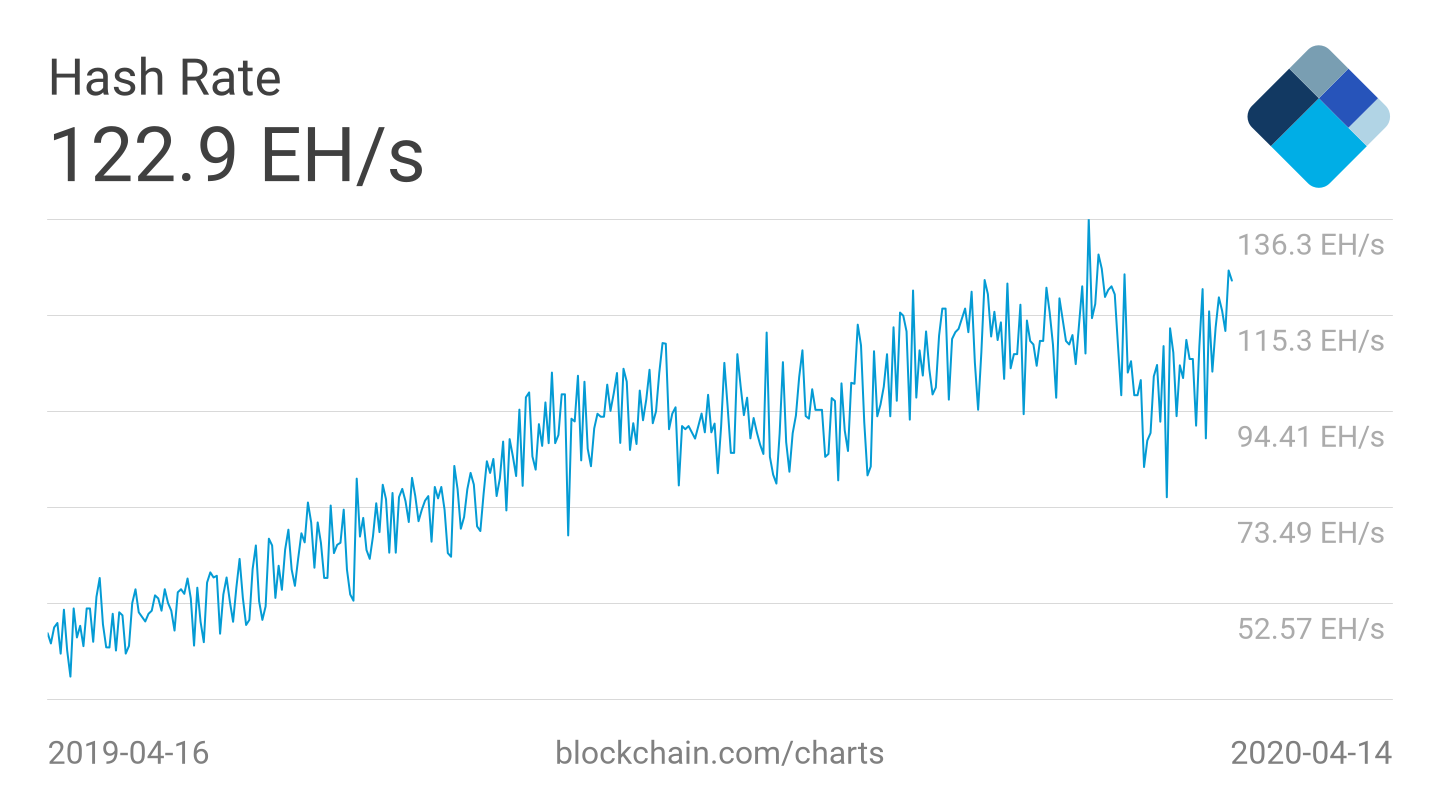 The “higher” the hash rate figure, the more hashing power is involved, which suggests that the network is more resilient to attack from a malicious party and hence more secure.

PlanB: Next difficulty adjustment “will be epic”

In reality, the hash rate is an estimate, as the true make-up of the decentralized network is impossible to ascertain in definite terms.

On March 13, when BTC/USD crashed to around $3,700 on exchanges, the hash rate fell below 100 quintillion h/s. Thereafter, a 16% retargeting in Bitcoin’s mining difficulty addressed the balance and sparked the recovery.

The next retargeting should be a significant upward boost of around 10%,  something analyst PlanB described as “epic” in comments this week.

As explained earlier this month, the difficulty adjustment mechanism is a key component that allows Bitcoin to function as self-regulating “hard” money, which is free of manipulation.