Those in the game for five years or more are adding to their positions, while frantic trading involves much younger wallets, says Unchained Capital.

Recent volatility in the price of Bitcoin (BTC) “did not come” from those holding coins for several years or longer, research claims.

In findings published on March 17, Unchained Capital revealed that BTC which had been “parked” for an extended period did not begin moving as a result of price changes in 2019 or 2020.

Uploading the latest edition of its “hodl waves” graphic, the company highlighted that the section of the Bitcoin supply in storage for five years or longer had increased over the past year.

“The volatility certainly didn't come from the >5y HODLers. Are those coins lost or do those bitcoiners have hands of steel?” a tweet presenting the data queried. 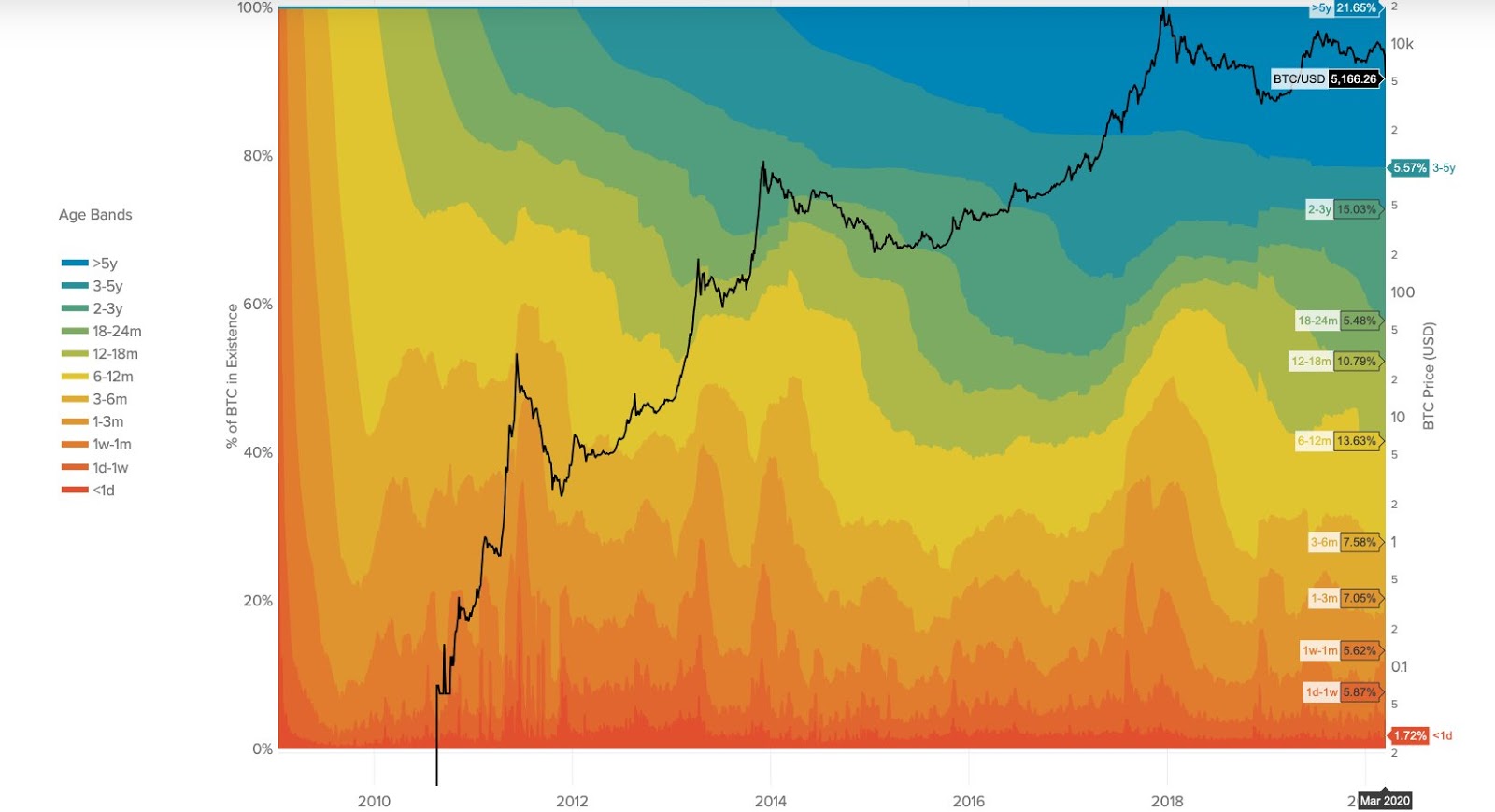 According to hodl waves, it was those transactions involving coins stored for half a year or less which drove the market during 2019’s bullish phase and the current selloff.

“A majority of the volatility came from UTXOs 6 months old or younger,” Unchained Capital continued.

They will do so by taking coins each block which smaller miners no longer claim after capitulating — the production cost for Bitcoin mining stood at around $8,000 as of last week.

“Why dump? Half the miners capitulate then only the hardware producing miners remain thus doubling their market share so then remain unaffected by the halving,” he summarized in private comments.

As Cointelegraph reported, sentiment among stalwart Bitcoin proponents has remained steadfast, even as the cryptocurrency trades down almost 50% versus just two weeks ago.