According to figures collated by monitoring resource Skew Markets, volatility which saw BTC/USD descend to two-month lows of $7,625 sparked a surge in options trading.

Aggregate volume from CME Group and exchanges such as Deribit and OKEx totaled $198 million as the week began. The figure easily eclipses the previous record of around $175 million seen in February. 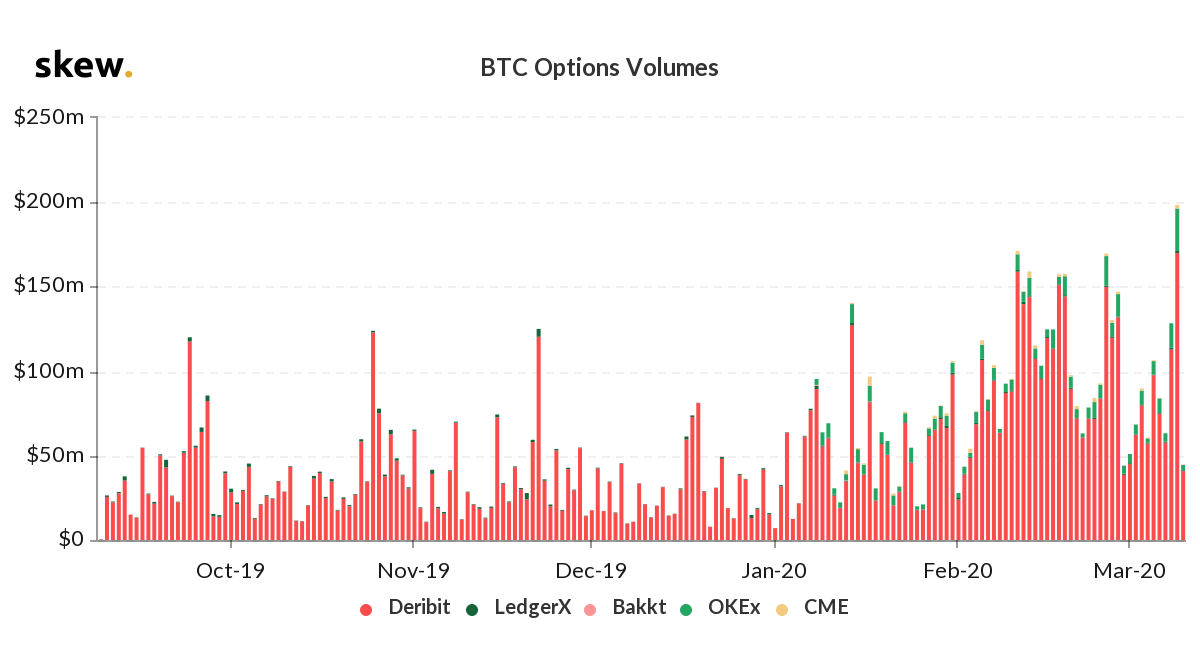 Since then, volatility has seen Bitcoin surpass $8,000 before erasing its gains on Tuesday, returning to levels at around $7,800. In traditional markets, the Dow Jones likewise reversed the progress made prior to opening on the day.

After May’s block reward halving event, he said, that production cost will skyrocket to around $17,800, with $8,000 set to be a “pessimistic” price floor for the rest of this year.

Earlier, Cointelegraph reported that even at $7,600, Bitcoin would be performing exactly as expected according to stock-to-flow, one of its most historically accurate price forecasting models.