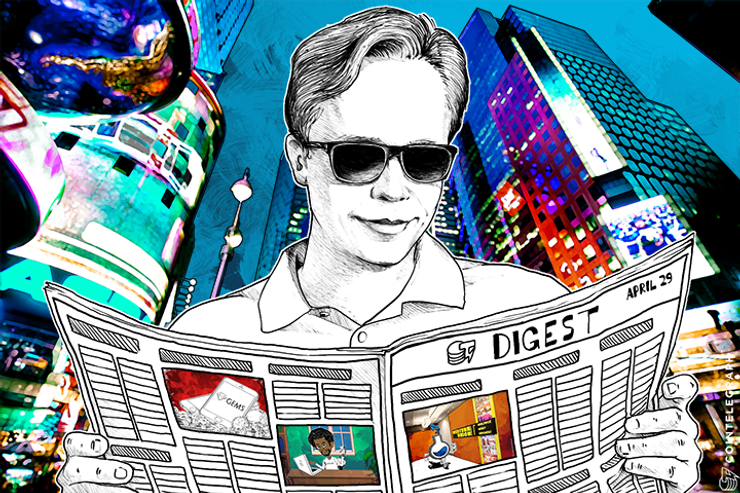 The announcement suggests the two entities are working on a remittance-based integration for "real-time settlements," according to Larsen.

"We're excited to announce ... we're working w/@WesternUnion on a pilot to provide infrastructure for real-time settlement."—@chrislarsensf

New York Times reporter Nathaniel Popper has announced the forthcoming publication of his new book titled "Digital Gold: Bitcoin and the Inside Story of the Misfits and Millionaires Trying to Reinvent Money," set to be released on May 19.

Digital Gold aims to provide an in-depth telling of the origins of Bitcoin, and features industry leaders from all parts of the world, prominent personalities such as Tyler and Cameron Winklevoss, Bill Gates, Reid Hoffman, Peter Thiel and Jamie Dimon, as well as an exclusive email communication between Satoshi Nakamoto and Martti Malmi from 2009, a spokesperson told Cointelegraph.