A company that says anyone can become a social media influencer has signed deals to increase the profitability and prominence of its users. 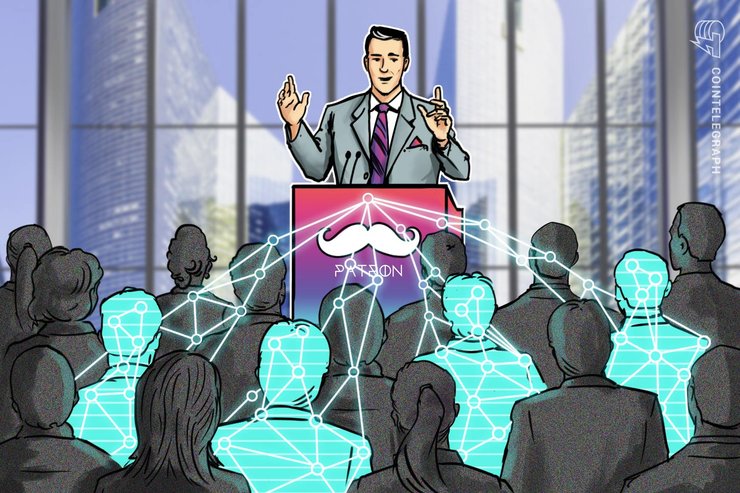 A Blockchain-based platform which aims to boost the earnings of social media influencers by eliminating their reliance on middlemen has forged several new partnerships ahead of its launch.

Patron hopes to become a “sharing economy” where fans and followers can co-star and collaborate with their favorite vloggers.

In addition, companies who want to forge sponsorship deals with influencers would find it easier to get in touch. A business model built on Airbnb means sponsors can hire an influencer for a single post or a video, or establish a recurring “exclusive ambassador contract” which lasts for several weeks or months. In some cases, it would also be possible to acquire influencers in a permanent deal.

At present, Patron claims as much as 40 percent of an influencer’s earnings is paid to intermediaries, but the Japanese company believes stars and their sponsors could realize considerable savings on its platform.

The company has placed an emphasis on “micro influencers” – content creators who often focus on niche topics. Although Patron says such talent often attracts smaller audiences than the megastars seen on video-sharing websites such as YouTube, its team believes they hold exceptional value because of their higher engagement rates.

Patron recently announced that it has struck a deal with BANKEX, a fintech company, to become the “first international partner” for one of its services.

MediaToken enables bloggers to promote their accounts and boost their advertising revenue, while investors have an opportunity to invest in an influencer’s account early and enjoy larger dividends later. Overall, BANKEX hopes this Blockchain-based technology will help achieve transparency when it comes to blog advertising – as everyone stands to benefit from “clearer pricing.”

Atsushi Hisatsumi, Patron’s CEO, has called the deal “extremely important” for the company – as BANKEX’s cutting-edge technology will help in its quest “to bring the most robust Blockchain-based influencer marketing products to market.” He told Cointelegraph: “We are excited for this partnership and for what the future holds for us.”

As previously reported by Cointelegraph, Patron’s parent company Extravaganza International recently teamed up with Switchboard Live, an Orlando-based tech firm. As part of that deal, Patron’s users will be able to simultaneously publish live streams on a plethora of platforms including YouTube, Periscope and Facebook Live – dramatically increasing their reach.

The company is also being listed on HitBTC, a European-based cryptocurrency exchange – increasing the visibility of PAT coins.

“Anyone can become an influencer”

Mr Hisatsumi has experience of being in the influencer realm. In the past five years, he worked as a singer and even created a team for electronic dance music.

He believes Patron is democratic because anyone around the world has the opportunity to connect – with local influencers given the freedom to work internationally and overcome language barriers.

Patron’s web app was released in February, and a version for smartphones is scheduled to be released in June.

At the start of April, Patron was the lead sponsor at the Global Blockchain Forum in California – with the start-up achieving critical acclaim from judges. A total of 18 pitches were made to a panel including tech entrepreneur Vince Kohli, with Patron being ranked in the top three.

Patron’s ICO has been running since March 27, and it is scheduled to end on April 26. The company has a cap of $40 mln in place.

Right now, the company’s team of executives are touring the world to spread the word about their project – making appearances at conferences in Dubai, Hong Kong, the US and their native Japan.