Bus Tickets in Canberra Can Be Purchased with Bitcoin

Zakaria Bouguettaya and Andrew Clapham, forming the Imagine Team Pty Ltd, succeeded to introduce Bitcoin in the everyday lives of their fellow citizens of the Australian capital Canberra. 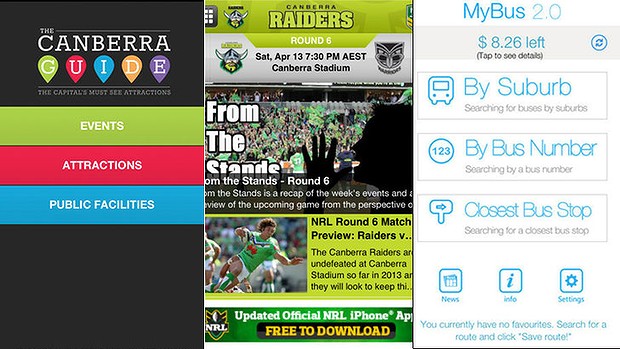 Zakaria Bouguettaya and Andrew Clapham, forming the Imagine Team Pty Ltd, succeeded to introduce Bitcoin in the everyday lives of their fellow citizens of the Australian capital Canberra. Both are developers of the MyBus 2.0 application designed for smartphones and mobile devices, which is now able to process the virtual coin as one of the many payment methods for local bus fares.

The city has a population equal to 374 245 people (data on summer 2013), but the popular app was installed and is regularly opened by at least 50 000 users. The first version of the program was presented to the society in late November of 2011. By that time the main features were to display and search Canberra public transport timetables and to use GPS capabilities to determine the route to the nearest bus stop according to the present location. This work has brought Zakaria Bouguettaya, a software engineering student of the local Australian National University, the prize “Unleash Your App” awarded by companies Optus and Nicta. Federal communications minister, Senator Stephen Conroy put the bestowal in the hands of the young scientist saying:

“It gives me great pleasure to present this award to a young student who we know is on the path to a bright future in Australia’s information technology industry. To help ensure Australia’s future prosperity, we need agile, smart technologies that make the most of emerging platforms.”

Further work conducted under the supervision of Optus brought numerous updates of the software and the current version 3.23 features among other improvements Bitcoin. The development works in the ACT Internal Omnibus Network (ACTION) and allows recharging MyWay reusable cards (tickets for public transport) with the virtual currency. Other traditional methods as bank accounts and credit cards are also present. The description of the changes in Google Play and iTunes says:

The addition of the new and very modern payment method was definitely a surprise to the most owners of the app and worldwide alternative currency users. The team says that they were “strong supporters” of the coin for a long time and they have aimed to create the first program of a kind – one that would allow paying for city and suburban trips with Bitcoin.

The current version, as well as the previous ones, is available in the shops of iOs and Android platforms. The pages of the software provide a detailed description of the features and guides through the new payment option. This news perfectly complements the activity of Australian Bitcoin ATMs going to establish a wide network of exchange terminals. Both companies make Australia the most developed country in the field of Bitcoin adoption in the everyday routine and the provision of simple, but regular needs. The example should be considered by other countries as it refutes all possible accusations on money laundering, crimes and terrorism. Bitcoin is capable to make our lives simpler!