Cagecoin’s fall was even more instantaneous than its rise. The phenomenon is a timely reminder of why investors should be careful when choosing to short the market. 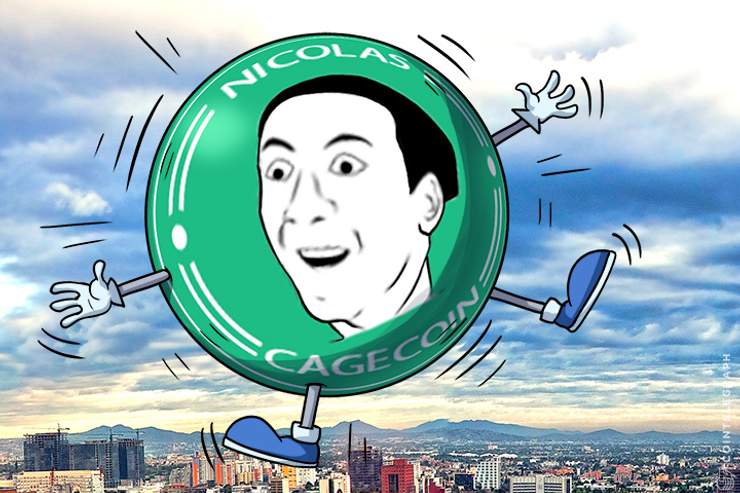 Cagecoin, a Dogecoin-esque altcoin creators say is “powered by Nicolas Cage,” shot up in value by over 30,000 percent in 24 hours, briefly hitting the top ten cryptocurrency charts. The altcoin, which began in 2014, averaged around only 1 satoshi per unit in value - until a sudden surge Saturday morning saw its market cap climb to $54 mln.

Those who held onto their CAGE may well have ultimately profited from doing so. The phenomenon is nonetheless a timely reminder of why investors should be careful when choosing to short the market. Cagecoin’s fall was even more instantaneous than its rise.

“Who needs a Catcoin or a Dogecoin if you got the one and only (Hippo)Nicolas CAGECOIN?!” developers announced on Bitcointalk at the time of the coin’s conception. At its peak, CAGE traded at a princely 0.00000053 BTC, data from Coinmarketcap shows - an increase of around 31,000 percent in under 24 hours.

A few hours after the frenzy began, it was all over, with the now-standard trading price of satoshis rather than dollars per unit dramatically returning. The spike caused just under five Bitcoins’ worth of trading to occur on the six exchanges hosting the coin, with the market cap now standing at around $850,000.

Altcoins are known for their sometimes mind-altering volatility. Even against this backdrop, however, Cagecoin may well have been in a league of its own. Altcoin investors traditionally tend to know when a pump in a particular coin is coming, as trading and purchasing are encouraged by developers or loyal community members on forums and social media.

However, with Cagecoin’s shift, this seems not to have happened. The coin silently went stratospheric within hours, its market cap propelling it into the top 10 cryptocurrencies list, surpassing even that of Augur.

While the Bitcointalk thread remained dormant, it appears that Cagecoin went through a burn in September 2016, investors exchanging their holdings for NXT asset BARR. The goal of BARR developers say is to reduce the number of altcoins on the market.