Bitcoin mining, a huge business in China, is unsure about its future as the government cracks down. 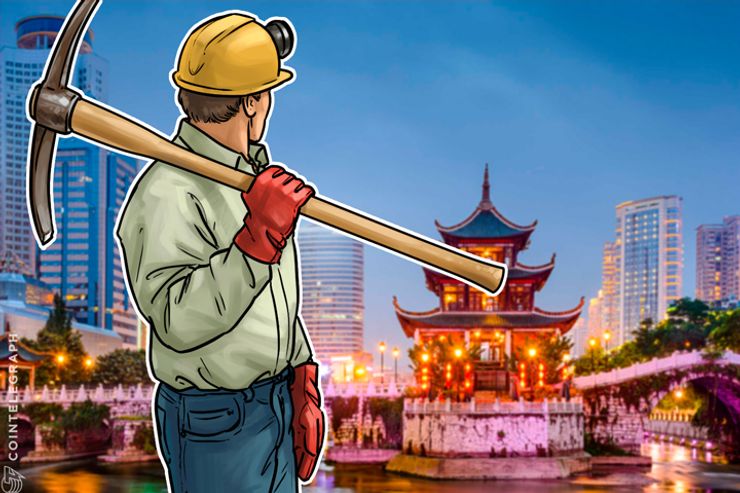 While there has been nothing officially done on the legality of Bitcoin mining, amid bans striking other parts of the cryptocurrency market such as ICOs and exchanges, there is still fear and uncertainty.

Miners in China have always managed to turn a profit, with the country’s low electricity cost and seemingly friendly approach to mining and cryptocurrency. However, as China takes a hard-nosed line to cryptos, miners are debating if it is a good business to be in.

China holds sway in terms of the hashrate for Bitcoin mining, and besides the more well known pools such as Antpool and F2Pool, they may be under threat if the crackdown continues.

The real issue is for those looking to capitalise on mining possibilities in China, as now that formerly lucrative business has a cloud hanging over it.

A recent example is that of Wang Hongyi who, as explained by the South China Morning Post, was looking to open a mining farm with over 1,000 computers in a remote corner of Northwest China.

Wang’s planned farm will cost about 10 mln yuan ($1.52 mln) to set up. Initially he was confident he could turn a profit, because the site is located next to a hydropower station, and that will cut electricity fees – a key operating cost – to about 0.25 yuan per kWh.

But after the Chinese government began an all-out war on Bitcoin and other digital currencies last week, Wang is having second thoughts about opening his mining farm.

“If we start this business and the government says it’s illegal, then it will be impossible for us to recover our investment,” Wang told.

More than one man’s concern

Of course, for Wang, there is huge risk in diving into a mining pool without any assurance that it will still be legal in a few weeks or months. The concern extends further to those who are already vested.

Yang Haipo, chief executive of ViaBTC, said he also has concerns about the future of Bitcoin mining in China.

ViaBTC has two Bitcoin mines controlling seven percent of the world’s total Bitcoin mining capabilities, and plans to close its trading platform at the end of this month.

Without revenues from trading, ViaBTC is now looking to its mining business to make ends meet.

“Technically, China can’t ban Bitcoin traffic, we have our own sync network. But if the China government says mining is illegal, we are f***ed,” Yang tweeted.

Related News
Behind Ripple’s Regulation Call: ‘Do Not Paint Us With a Broad Brush’
New Platform Lets Users Trade Crypto and Gold in Personal IRA
Canaan's New 5-Nanometer Chips to Escalate ASIC Arms Race With Bitmain
China’s Crackdown on Cryptocurrency Trading: A 2019 Recap
China Is Opening Doors to Blockchain — Private and Public
2019 to 2020: Insiders, Outsiders and Experimenters in Crypto Regulation, Part 2
<div is="sidebar" :sidebar-data="{"promoButtonsI18n":{"crypto-button":{"url":"crypto.btn.sidebar.url","label":"Get Crypto At True Cost\n","text":"Cryptoassets are complex instruments and investments carry a high risk of losing value. You should educate yourself in how crypto-markets work before making any investments. Always invest responsibly and be prepared for the risks associated with investing in or using cryptoassets. This promotion cannot be considered investment advice."},"etoro-button":{"url":"https:\/\/ad.doubleclick.net\/ddm\/clk\/437480595;240556498;x","label":"Try Etoro","text":"Trade on the world’s leading social trading platform (Highly volatile investment product. Your capital is at risk)"},"hitbtc-button":{"url":"https:\/\/hitbtc.com\/?ref_id=5cba0be404aa3","label":"BEST LIQUID