Li Xiaolai, the legendary Bitcoin investor, has shown his support of the China ICO ban.

Such statement has been seen as the sign of total ban of ICOs in China.

"Li Xiaolai, the legendary Bitcoin investor as well as the co-founder of Yunbi, one of the world’s largest cryptocurrency exchanges, has shown his support verbally and practically."

“The regulation of ICOs is necessary” 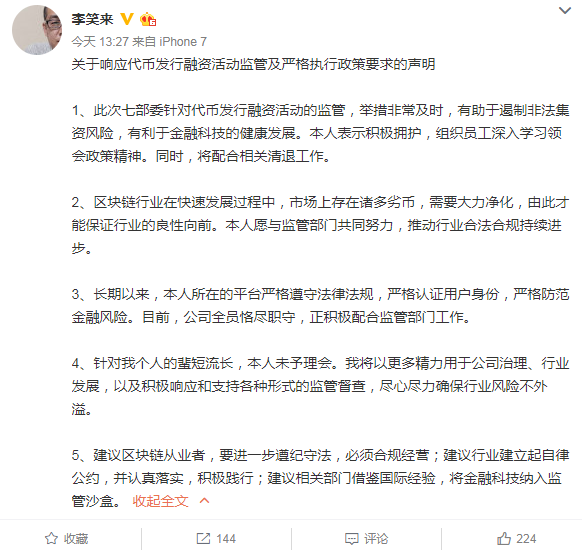