As many experts around the world agree that the dollar’s dominance won’t last forever the CEO of Coinbase, Brian Armstrong, believes bitcoin will “surpass” it as a global reserve currency “within 10-15 years.” 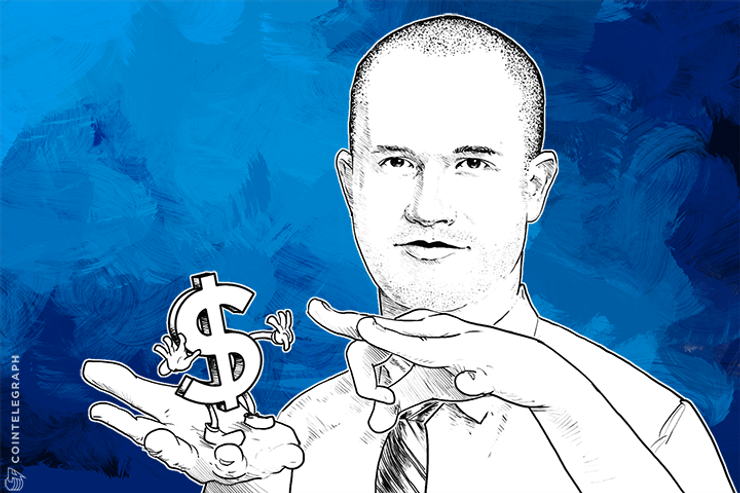 As many experts around the world agree that the dollar’s dominance won’t last forever the CEO of Coinbase, Brian Armstrong, believes bitcoin will “surpass” it as a global reserve currency “within 10-15 years.”

As a former Wall Street banker and economics major in school, I have studied and accepted as fact that the U.S. Dollar’s days as the global reserve currency are numbered. It could be replaced 3 years from now, or 5 years, or 10 years from now. It will happen, in my opinion, the only question is when, not if, it does.

I could be wrong, but don’t just take my word for it. Peter Schiff, Robert Kiyosaki, Bill O’Reilly, and other noted experts read the handwriting on the wall as well and have come to the same conclusion. The only issue is when it will come to pass.

It looks like Coinbase CEO, Brian Armstrong, agrees with this assessment as well, but the outcome is very different in his eyes. Not only will the U.S. Dollar days as the world’s economic sledgehammer end sooner rather than later, but it will fall at the hands of the digital currency bitcoin. Not only that, but he says his company, Coinbase, has a plan to make it so, within the next 15 years.

Many will find this crazy, but I think bitcoin could surpass the dollar as reserve currency within 10-15 years.

Those that see the end of the dollar’s influence ending in the near future see many issues. Among the many reasons for this sentiment are “Quantitative Easing” creating too much liquidity and debasing its value; a lack of demand outside of the United States, where more than half the dollars worldwide reside; bilateral trade agreements increasing at an increasing rate; moving goods and services around the dollar to escape its influence on trade.

But the real problem has been finding a global alternative. There is nothing that is ready to replace it alone, so “a basket of currencies” may be a short-term answer in the coming years until a permanent solution is found. After over seventy years of unlimited economic power, the world is putting the U.S. Dollar on the clock.

I could write a separate article about the geo-economic dynamics of it all, but the short answer is the U.S. Dollar is dying, and the world is working on a suitable replacement along with Armstrong and Coinbase, who “have a rough plan to get there.”

In theory, does bitcoin have the downward mobility to potentially make it a global reserve currency? Technically, yes, but it was never intended for that purpose but as an alternative to fiat currencies. The primary problem for bitcoin becoming a global reserve currency, besides its decentralized nature, is price/value volatility. U.S. Dollars lose value every year, like clockwork, but so slowly that people don’t notice it on a daily basis. Until the volatility has leveled off recently, bitcoin’s value has been a major source of uncertainty.

"Volatility is a self-correcting problem, and we've seen that as it's dropped in the last three years, year-on-year," Armstrong told IBTimes UK. "I foresee it continuing to do that over the next few years."

Do I believe bitcoin as a global reserve currency is a realistic goal? No, but with bitcoin, anything is possible. People will not give up their bank accounts for bitcoin wallets, en masse, anytime soon. The chances of a decentralized global currency run by bitcoin miners, not central banks, are beyond slim.

The world’s centralized banking interests will do anything to continue to control the world’s monetary system. There’s a lot of money in it. Therefore, the prospect of bitcoin supplanting the US dollar as a global reserve currency is an altruistic, but unrealistic outcome.

But is Armstrong onto something? We’ll learn a lot about the world’s economy, Bitcoin, and Coinbase, in the coming years. However, what is almost certain is that Bitcoin isn’t going anywhere and its part in an ever-increasing digital future is all but assured.