Crypto Could Save Millennials From the Economy That Failed Them

The Millennial generation will lead humanity to an era of new financial technology as they drive Bitcoin adoption through the next decade.

In a seminal blog post by Blockchain Capital, Bitcoin (BTC) was described as a “demographic mega-trend.” And while new technology tends to follow a path of diffusion from younger to older generations, there is another thing driving crypto adoption among Millennials: The fiat-based economy has failed them.

An online Harris poll conducted in April 2019 found that people aged 18–34 were three times as likely to be familiar with Bitcoin as those over 65, and twice as likely as those aged 50–64. They outgunned all age groups in terms of familiarity. 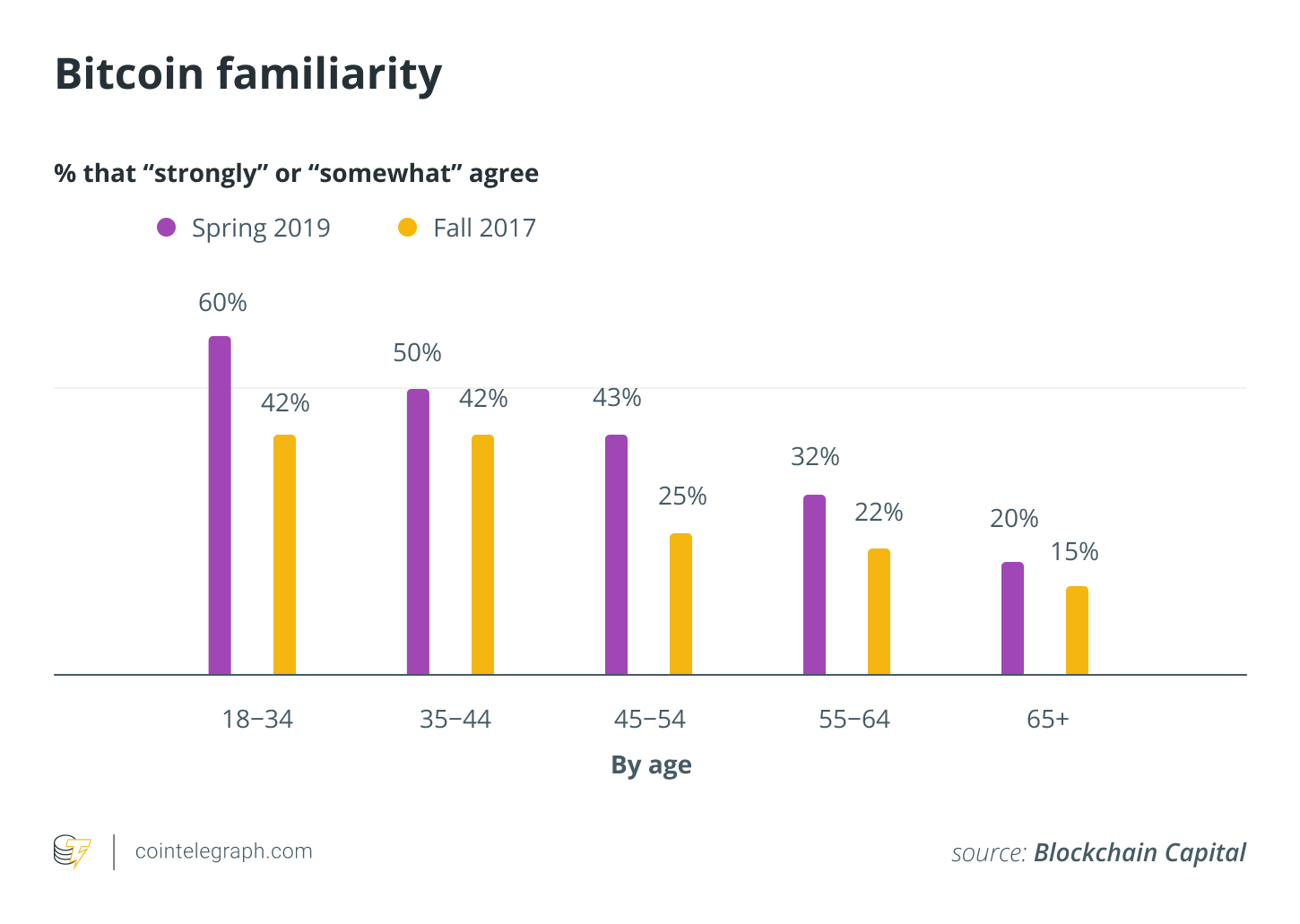 Even more striking, 59% of millennials had a positive view of Bitcoin as a fintech innovation. The demographic surged ahead of the second-most enthusiastic group (aged 35–44), almost twice as enthusiastic about the technology as older working generations and three times as positive as retirees. 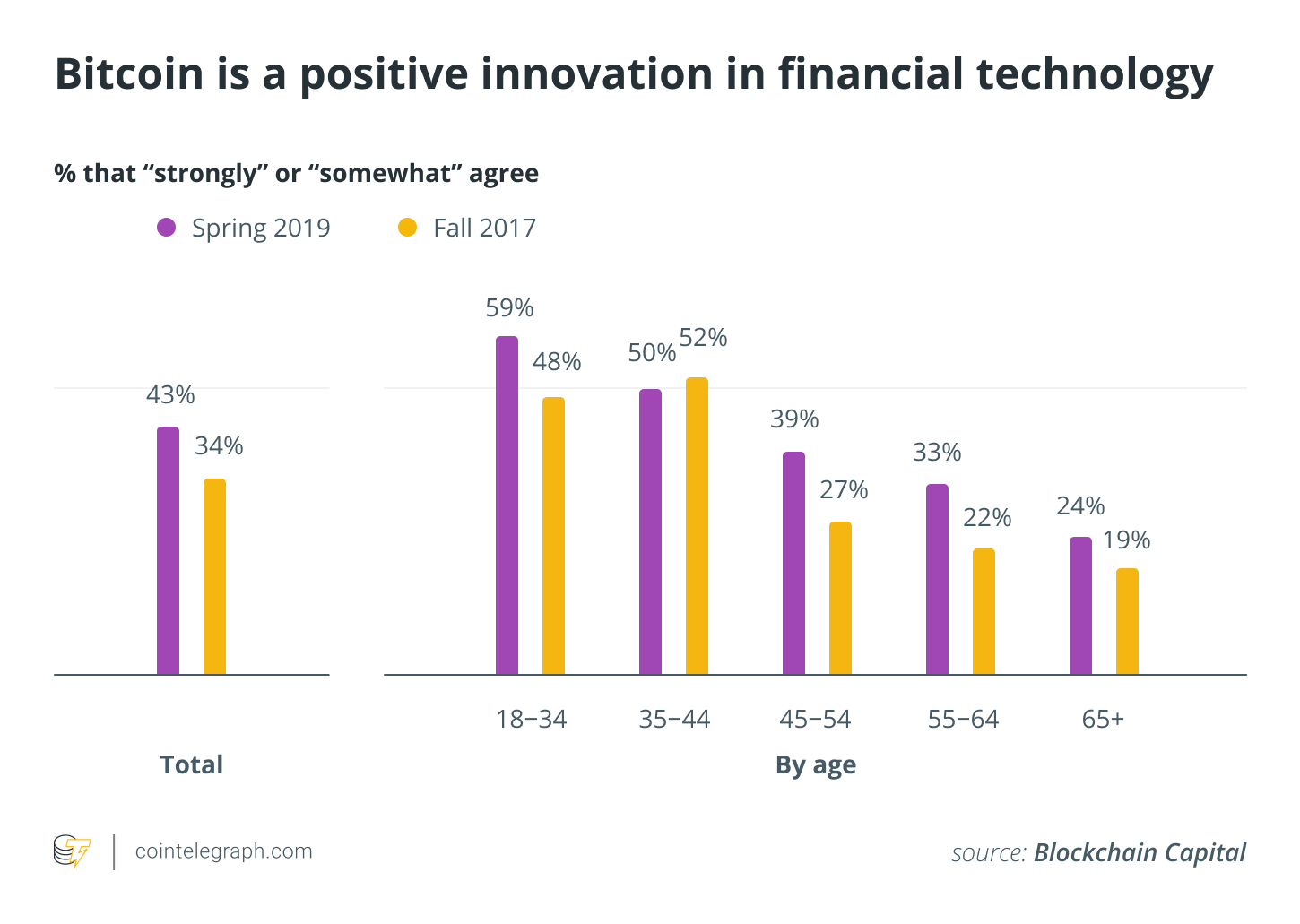 It is not necessarily surprising that younger generations are more enthusiastic about cryptocurrency. Everett Rogers’ diffusion of innovations theory depicts how new innovations are adopted. 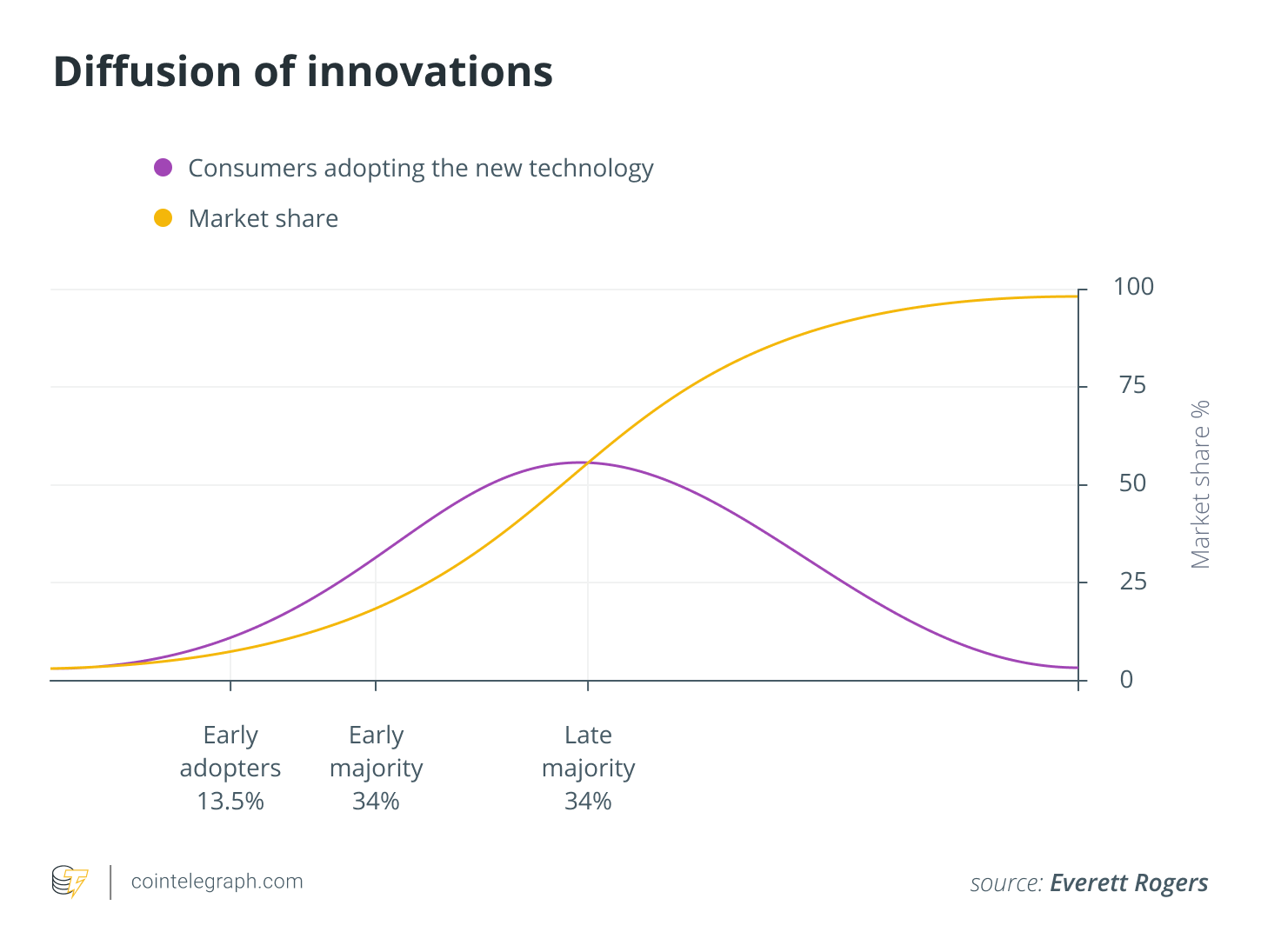 According to Rogers, innovators and early adopters are typically urban, educated, socially active and young.

But there is something else driving crypto into the arms of Millennials: the economy.

The toughest uphill climb in history

The Millennials are a generation that has been shaped by recessionary forces. With employment levels since the COVID-19 pandemic now falling back to levels of the year 2000, Millennials, having already been through a post-9/11 recession and yet another following the 2008 global financial crisis, now face yet another episode of what the Washington Post has identified as “slower economic growth since entering the workforce than any other generation in U.S. history.”

Among the older group in the Millennial generation, sluggish growth and a jobless recovery defined their earlier working life post-GFC. The recession that will result from the pandemic this year will now define the entrance into the labor market of the younger set of Millennials. According to the Washington Post:

“Millennial employment plunged by 16 percent in March and April this year. [...] That’s faster than either Gen X (12 percent) or the baby boomers (13 percent).”

Bleak employment prospects and sluggish wage growth will have defined the working lives of an entire generation.

Even before COVID-19 hit the American economy, a study last year found that:

“All the major life milestones — marriage, children, homeownership — have arrived measurably later for millennials than for the three previous generations for which we have comparable data.”

The Federal Reserve of St. Louis found that since the beginning of the Great Recession, older Millennials were the “only generation to have fallen further behind between 2010 and 2016.”

With the effects of COVID-19 about to pound them again, the generation least prepared for yet another crushing recession already have zero housing net-worth. 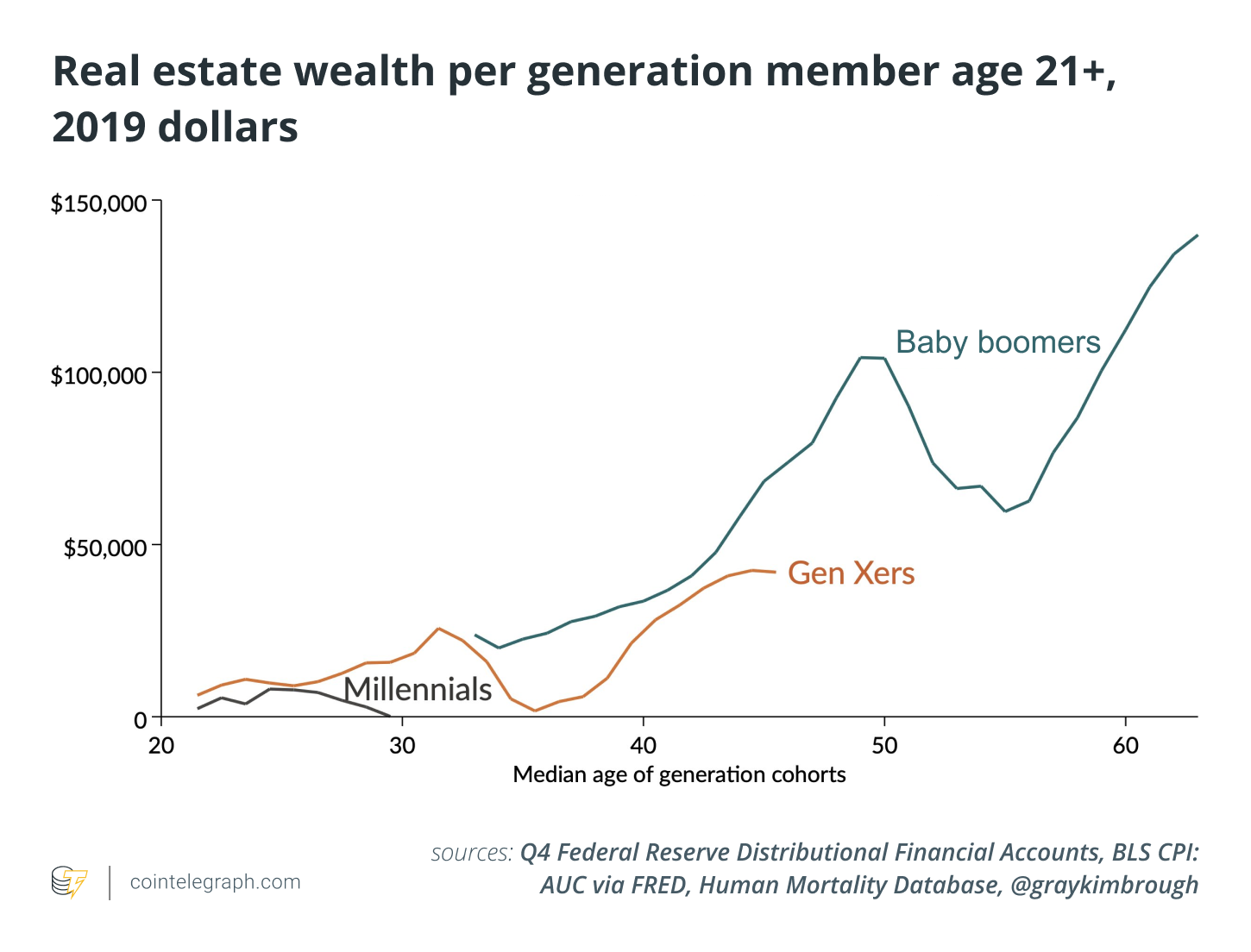 Crypto adoption highest among the generation abandoned by the system

Millennial enthusiasm for crypto is a function of less risk aversion and tech savviness among younger people. But it is more than that. The Millennial generation could see crypto as an alternative to a volatile economic structure that has repeatedly failed them.

Citing Charles Schwab’s Q4 2019 data, BlockFi found that the publicly listed Grayscale Bitcoin Trust was among the largest stock holdings for Millennials, behind only Amazon, Apple, Tesla and Facebook. It wasn’t among the top 10 for Baby Boomers. 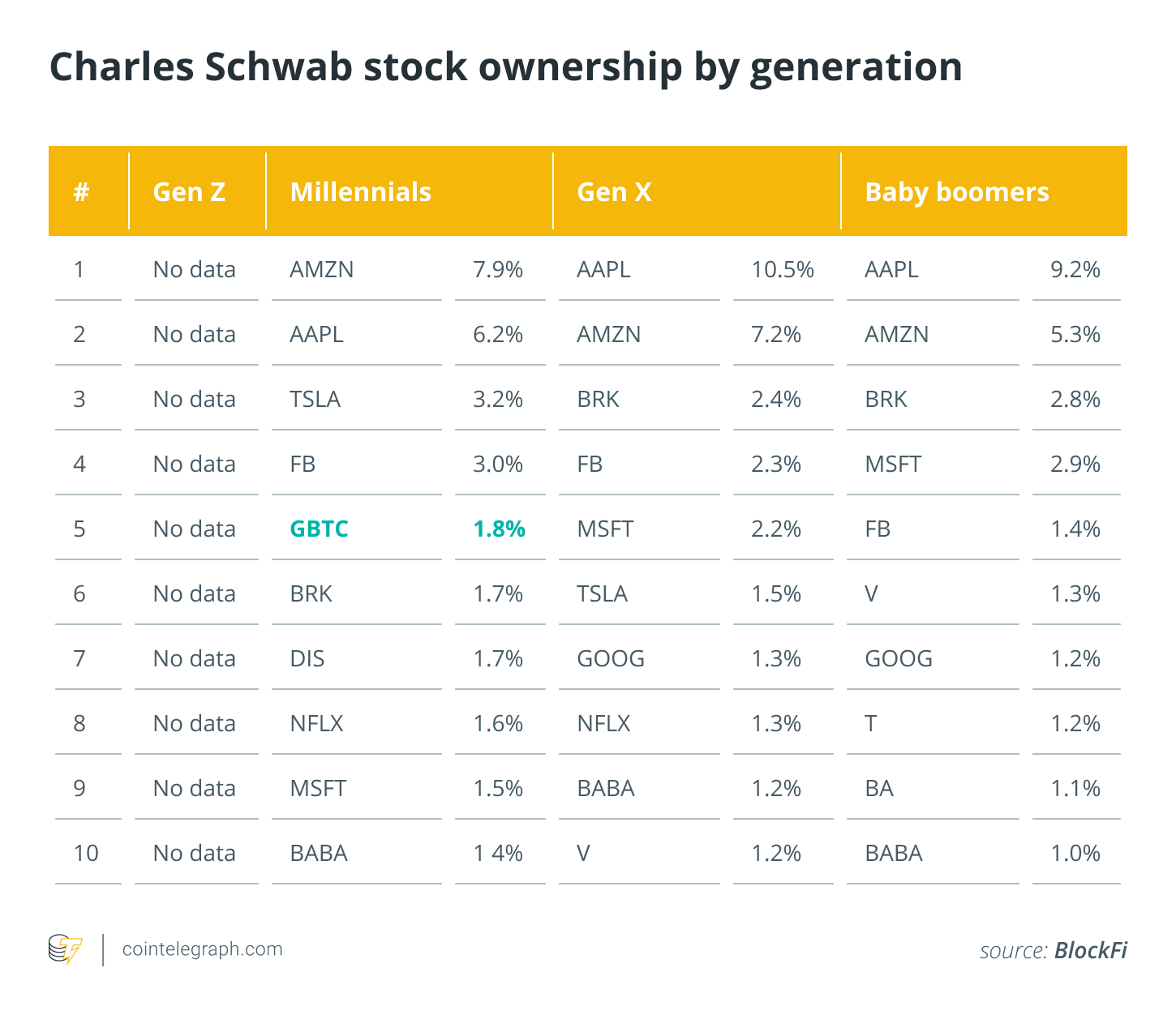 Buffeted by recessions and jobless recoveries, the Millennial generation has borne the brunt of the hardship that economic slowdowns cause. That hardship includes the inability to recover during periods of expansion.

It is no coincidence, then, that the demographic most likely to be early adopters of new innovations is also the one most in need of an escape route to the economic freedoms crypto can bestow.

Paul de Havilland is a fan of disruptive technology and an active investor in startups. He has experience covering both traditional and emerging asset classes, and also pens columns on politics and the development sector. His passions include violin and opera.