Decentralized Network Wants to Return the Internet to Users

A decentralized public network aims to return the internet to users and notes “it’s been their internet for too long” in reference to Facebook. 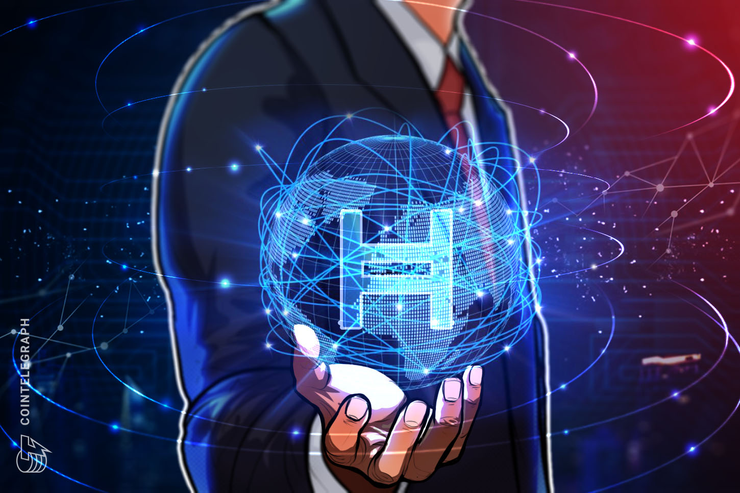 A decentralized public network that aims to ensure the internet belongs to its users is taking Facebook to task — and alleges “it’s been their internet for too long” in reference to the social media giant.

Hedera, “the only public decentralized network that utilizes the hashgraph consensus algorithm,” has recently paid for a full-page ad in the weekend edition of the Wall Street Journal that said: “Thank you Facebook Libra. Imitation is the sincerest form of flattery.”

Mance Harmon, the company’s CEO and co-founder, said he shared his vision for Hedera with Facebook’s David Marcus in February 2018 — setting out the startup’s technology roadmap and model to deliver stable, decentralized governance.

Hedera’s governing council consists of 39 prominent organizations across 18 unique industries and 11 global regions; it thus far includes names like IBM, Tata Communications, Deutsche Telekom, Swisscom Blockchain, DLA Piper, Nomura and Magazine Luiza. Members of the governing body have no rights to profit from the network, and their tenure is term-limited — a distinction it says Facebook missed when it unveiled the Libra Association. The team notes it has released its governing body LLC agreement in full along with all council meeting minutes.

According to the company, it also offers an advantage over Libra and existing public decentralized networks through its Consensus Service, recently announced in partnership with Hyperledger Fabric. The service allows any private application or distributed ledger to send “high-throughput transactions through its public network for decentralized trust.” The team says it expects 10,000 cryptocurrency transactions per second, with a goal to achieve 100,000 over time. Hedera adds that stability is achieved through technical, legal and governance controls designed to deliver a network that doesn’t fork. With over 2,000 developers actively building on Hedera’s testnet, and Open Access (the first time everyone is able to use the mainnet) approaching by the end of this summer, it’s “looking forward to quickly getting this service into the hands of builders,” the company notes.

In a letter last month, Harmon said Facebook’s imitation has validated Hedera’s contrarian approach, writing: “While we welcome Libra to the market we helped pioneer, we believe our governance model, security and performance are superior to it. We want the world to know there is a faster, fairer, more secure alternative out there.”

Get started with Hedera here

Hedera says its consensus service has a multitude of potential use cases — including for financial marketplaces and matching engines, not too dissimilar from those relied on by the likes of Airbnb and Uber. The team describes it as “the first public distributed ledger technology (DLT) to offer consensus-as-a-service for transactions, with fair ordering, incredibly high-throughput, and privacy (encryption) for all transactions.”

The company argues that the market is ready for this type of service, which is also interoperable with existing public and private systems — offering an antidote to “slow and expensive” public ledgers like Bitcoin and Ethereum, which are striving for mainstream adoption but take hours to confirm transactions.

The value of decentralization

The company emphasizes that its native cryptocurrency, HBAR, will enable value to be transferred between accounts “quickly, inexpensively and without an intermediary.” At the same time, Hedera’s Smart Contracts service, which uses the Solidity programming language, paves the way for code to be executed deterministically without the need to trust a centralized application operator. Hashes of data can be stored and validated across the network via its File Service — enabling users to create decentralized and revocable registries and records.

The company’s vision is to create a public, decentralized network in which everyone can participate — ensuring no single entity can have undue influence technologically or through decision making processes. The team says its governing council will always work in the best interests of the network.

Members of its council have a three-year maximum term, can sit for up to two consecutive terms, and will be involved in voting on decisions concerning Hedera’s network and platform. Swirlds, which created the hashgraph algorithm, the beating heart of the ecosystem, has a permanent seat.