An EU market regulator has agreed to tighten the rules for derivatives in cryptocurrencies in the European Union, saying investing in digital currencies is associated with “high risks”. 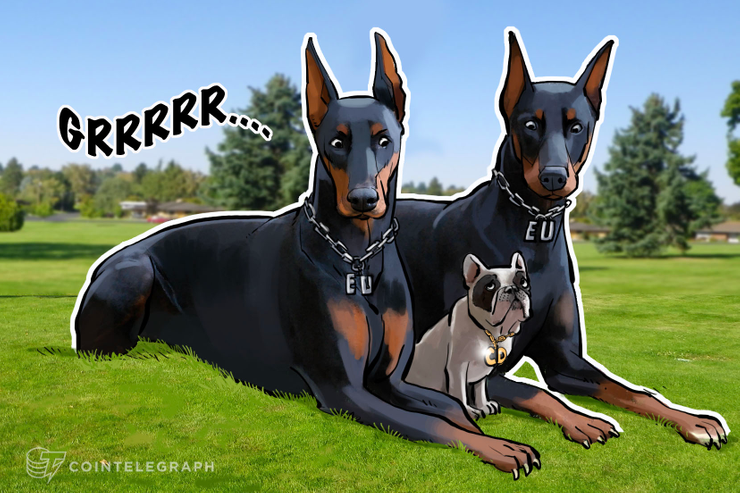 The European Securities and Markets Authority (ESMA) has strengthened requirements for Contracts For Differences (CFDs) in cryptocurrencies, as stated in an announcement on March 27.

CFDs are an arrangement in a futures contract whereby differences in settlement are made in cash payments, rather than by the delivery of physical goods or securities. It is considered an easier method of settlement, as all gains and losses are paid in cash. It also gives investors the same risks and benefits of a security, without actually owning one.

The EU regulator will change the leverage limit of cryptocurrency CFDs to 2:1 at opening. This means that investors must have enough funds to cover at least half of a contract value upon opening. Initially, the leverage limit was fixed at a rate of 5:1, which allowed investors to enter the deal with only 20 percent of the CFD’s value on hand.

In January 2018, ESMA issued a Call For Evidence regarding potential interference with digital currency CFDs, claiming that a very high price variation of cryptocurrencies as underlying assets gave rise to concerns for investor protection.

In the most recent statement, ESMA highlighted that cryptocurrencies still pose risks to investment operations and require more cautious monitoring:

“... For CFDs on cryptocurrencies many of these concerns remain present. Due to the specific characteristics of cryptocurrencies as an asset class the market for financial instruments providing exposure to cryptocurrencies, such as CFDs, will be closely monitored, and ESMA will assess whether stricter measures are required.”

The position of ESMA is shared by other regulatory agencies in EU member states. In February, the French financial markets regulator Autorité des marchés financiers (AMF) released a statement that cryptocurrency derivatives must be regulated under new EU financial reforms. Meanwhile, trading platforms offering cryptocurrency CFDs must be regulated and cleared under the European Market Infrastructure Regulation (EMIR).

EU regulators have repetitively warned consumers about the “high risks” associated with investing in cryptocurrencies, emphasizing lack of protection and understanding, money loss, and problems with unregulated financial activities.