The regulation of virtual currencies by the European Council creates unduly burden on exchanges, but at the same time adds legitimacy to Bitcoin and other cryptocurrencies. 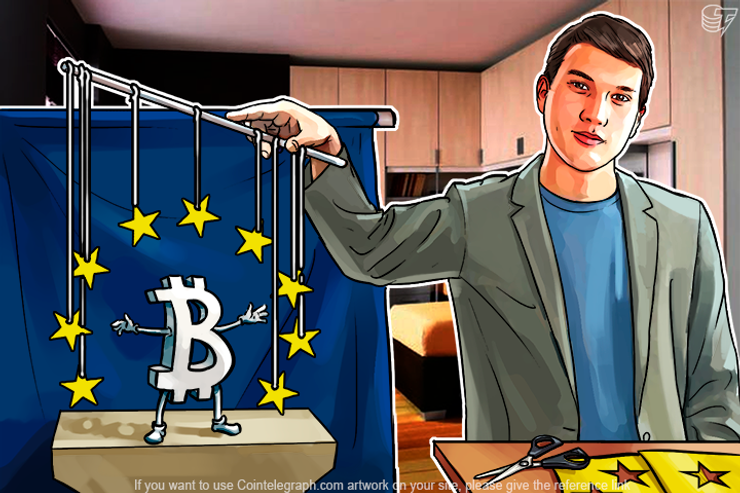 The regulation of virtual currencies by the European Council creates unduly burden on exchanges, but at the same time adds legitimacy to Bitcoin and other cryptocurrencies, says a European Parliament consultant on the matter.

Cointelegraph asked Jonathan Chester, who is the head of Bitwage, a leading payroll company in Europe and a contributor at Forbes, what he thinks about the process and how regulation will affect the Bitcoin ecosystem. He is a part of a working group that is consulting the European Parliament on the subject of virtual currency and blockchain.

In Jonathan’s opinion, the overall concept is a good thing, however, the way regulation is implemented may be a bad thing.

He said that the main positive for regulation is the legitimacy that comes with it. According to him, for current users of Bitcoin, many people feel that regulation is not necessary, as it creates unduly burdens both on the exchanges they like to use and the users themselves as the exchanges will have to pass those burdens on in the form of heavier Know Your Customer checks and increased costs.

However, he also stated that the legitimacy is needed to create trust on a mainstream level, with mainstream level represented by everyday users, people who are unbanked, enterprises interested in leveraging the technology, and even the banks themselves.

He further described how his company has spoken with many enterprises on the subject of who would be interested in using technology like Bitwage’s, stating that trust is always a concern. “Are you doing your KYC properly?  What partners are you working with?  Will the government come after us for working with you?”

“By being regulated, you create a level of trust that breaks down those barriers, as the companies know that  you have the approval of the government. This approval is also important for users who may not know so much about the technology we use, aka Bitcoin & blockchain, and need to rely on third parties to know that companies are not ponzi schemes.”

On the demerits of regulation, Jonathan’s opinion is that the down side is if regulation is too harsh, like in a situation where there is too much regulation, users will move to underground exchanges, dark markets, and decentralized exchanges to avoid the costs that have been passed on to them through regulated entities. This will result in these unregulated markets flourishing while entities attempting to follow the rules will wither away, which would likely have the opposite affect of what is wanted, which is less money laundering and more consumer protection. He mentioned an example of regulation that goes too far as what can be seen in Estonia. Saying that currently, there is a decision being made as to whether facilitation, mediation, buying or selling of bitcoins on behalf of another is considered an alternative means of payment and warrants getting a local license. Lawyers say that as part of this license, it is required for institutions to perform Know Your Customer due diligence when users sign up for the first time in person.  So if a company has French, German and Estonian customers sign up, they need to meet face to face with a company representative. Jonathan believes that such a scenario is obviously going way too far, as not only would almost all Bitcoin companies be unable to fulfill such a requirement, but more traditional companies like Paypal as well.

Mr. Chester pointed out that Europe is currently looking at two different types of revisions. One with the AMLD4 which is already live, so the revision would likely have to be made in the AMLD5, although he thinks that there may be a process by which it would be possible to make a small revision in the AMLD4 without having to call it a new AMLD. Saying that the revision would be a light touch which would be similar to what FinCEN has said in the US, which essentially states that certain types of virtual currency companies need to perform KYC and report suspicious activity, which is already being done by most exchanges in anticipation of this change.

On another note, Jonathan said that the revision of the payment services directive is an entirely different beast altogether. First of all, the second payment services directive (PSD) is about to go live, so any changes can still be put into the second PSD. Secondly, the PSD is the article that requires licensing, so any edits in this case will be claiming that certain types of companies need certain licenses. According to him:

“In the PSD 1, there are three main licenses that, at least, are relevant to how Bitwage would interact with it. There is a banking license, an e-money license and a payment institution license. In the PSD2, there will also be a Third Party Pa