Bitcoin’s (BTC) recent breakout was accompanied by a massive spike in on-chain exchange volume activity, according to data from Glassnode. 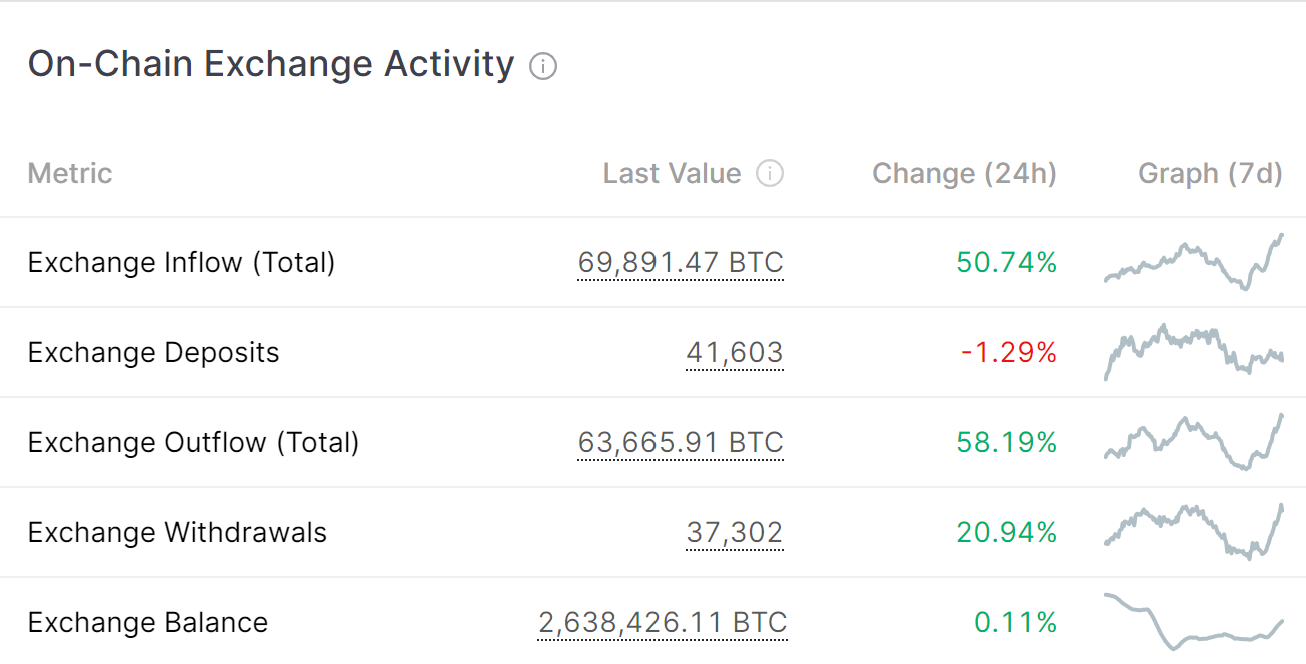 Unlike regular trading volume that is often artificially inflated by the exchanges, on-chain activity may be more indicative of the true patterns. Interestingly, the only metric that experienced a downward trend is the number of exchange deposits. This may be a bullish sign in its own right.

The data for the previous week indicates a major spike in off-chain trading volume as well. For instance, the BTC/USD pair saw a 70% increase in its biggest bounce since April; DAI/USDT spiked by over 700% in the same time period.

Bloomberg believes that the fundamentals indicate that Bitcoin will surpass $12,000 this year, if not higher. With the massive push coming over the last 24 hours, some began to speculate whether Bitcoin can break its all-time high of $20,000.