In February, Finnish silver investor and Bitcoin millionaire Risto Pietilä, purchased Malla Manor, a 600-year-old castle located in North Estonia. 6 months after, the Bitcoin entrepreneur talks of the reasons that lead him to such an unusual project. 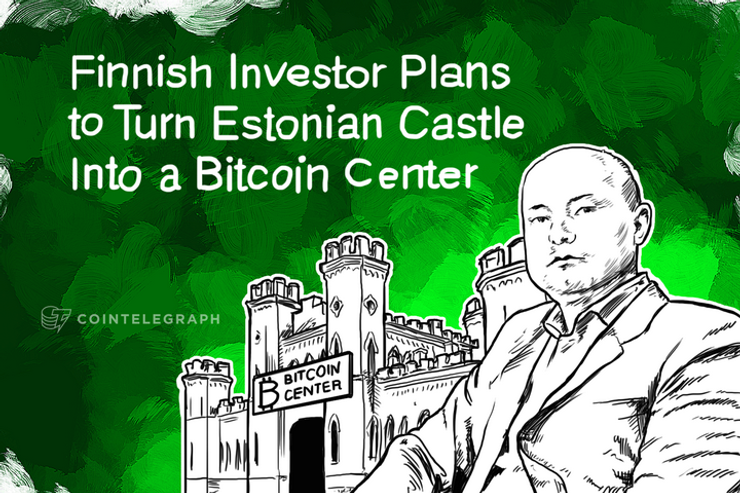 In February, Finnish silver investor and Bitcoin millionaire Risto Pietilä, purchased Malla Manor, a 600-year-old castle located in North Estonia with the ambition of turning it into an international Bitcoin supercenter. 6 months after, the Bitcoin entrepreneur talks of the reasons that lead him to such an unusual project.

Pietilä is the founder and Chairman of the Supervisory Board of Silvervault OÜ (or Silverbank), an Estonia-based silver investment firm founded in 2010. Pietilä has been investing in Bitcoin for few years and has been an active member of BitcoinTalk, interacting under the nickname rpietila.

Last year, Risto Pietilä announced on Finnish radio he had the intentions to buy the castle using his Bitcoin trading earnings (around 2 million Euros). Eventually, the one million euro transaction happened on February 28, and was qualified by the Helsinki Times as the world's most valuable virtual currency contract to date.

Pietilä then told the press that "Bitcoin [was] the essence of technology," arguing that it would eventually displace our current monetary system some day. The entrepreneur added that the purchase of the Estonian castle was also a way for him to diversify his investments:

"I bought the castle with the money that I earned from bitcoins at the end of last year. Their value had just increased ten-fold. [...] I wanted something that would be the opposite of Bitcoin. And I thought that it would certainly be a castle. If bitcoin continues to rise, I can end next year up to ten times richer than I am now. If it collapses completely, I still have the castle."

Malla Manor was built in the 1500s and has been destroyed and rebuilt several times through the centuries. The main house burnt down during the Great Northern War and the current building received its appearance in 1880s. The 13 bedrooms and 10 bathrooms were renovated in the 2000s and are situated in the outbuildings.

While the establishment of Bitcoin hubs and centers isn't a new idea, what makes Pietilä's project unique is the eccentricity of its location, as opposed to existent Bitcoin centers located in the heart of metropolis' or vibrant cities. While Pietilä has been having a difficult time attracting Bitcoin enthusiasts and entrepreneurs to such a remote location, he remains optimistic, telling ArticStartup:

"I have already held several meetings there, and the reality is that currently the customer base is indeed very small. This is intentional and will change dramatically when Bitcoin makes its next rise to about 5000-10000 dollars. Then everybody will want to come. And only then will I have the funds to proceed with the renovations, so the demand and supply will go neatly hand-in-hand."

The most prestigious suite in Malla Manor will be dedicated to the commemoration of Bitcoin's creator Satoshi Nakamoto, and named after him, said Pietilä. He added that its construction is expected to start after "Bitcoin's next rise," and will cost more than a million dollars.

Pietilä has reached out to several cryptocurrency experts, and David Latapie, one of the core developers of Monero (XMR), a new digital currency using the CryptoNote protocol, is moving to the manor next month "to be better able to concentrate on development." Some of the other coins that are based on the CryptoNote technology are Bytecoin (BCN), which pioneered its use two years ago, Fantomcoin, Quazar and several others.

Invitations similar to David's have been sent to other developers, demonstrating Pietilä's intention in turning Malla Manor into a Bitcoin incubator:

"I believe next year Malla will be an important permanent site for cryptocurrency development, as well as a conference venue for short-term visitors."