The company behind the “world’s first” multi-asset, universal wallet has started supporting the EOS mainnet — and is offering the free registration of EOS account names.

The company behind the “world’s first” multi-asset, universal wallet that can store multiple cryptocurrencies and tokens has started supporting the EOS mainnet — and is offering free registration of EOS account names as part of a campaign running from July 6-18.

Infinito Wallet, which began supporting EOS on June 7, says its special offer is on a first-come, first-served basis.

Estimates suggest that EOS will be able to execute millions of transactions per second. Infinito Wallet, which is based in the Isle of Man and available on Google Play and Apple’s App Store, claims it is the first crypto mobile wallet that actively supports the EOS mainnet.

Prior to this, it already supported major cryptocurrencies including Bitcoin, Bitcoin Cash, Ethereum, Ethereum Classic, Litecoin, Dogecoin, Neo and Dash, as well as all tokens built on leading smart contract blockchains such as Ethereum’s ERC-20 and NEO’s NEP-5. Infinito Wallet says users can access their EOS account now, meaning they can check their account balance, send and receive funds, and manage their transaction history on this new network through its platform.

EOS now mandates that users need account names to interact with this blockchain. Following EOS’s rule, the registration process will require users to pay a fee in EOS coins — however, this could prove difficult for those who have yet to own an account name.

Infinito Wallet intends to resolve this by helping EOS holders register their mainnet account name for free, removing one of the biggest barriers to their participation in the EOS ecosystem. The company’s campaign has a budget of 1,600 EOS, with interested users being urged to act quickly or risk missing out. The company’s plans to support the mainnet were first reported by Cointelegraph in May, and were finished on schedule. Its registration procedure is simple and can be completed in three simple steps. 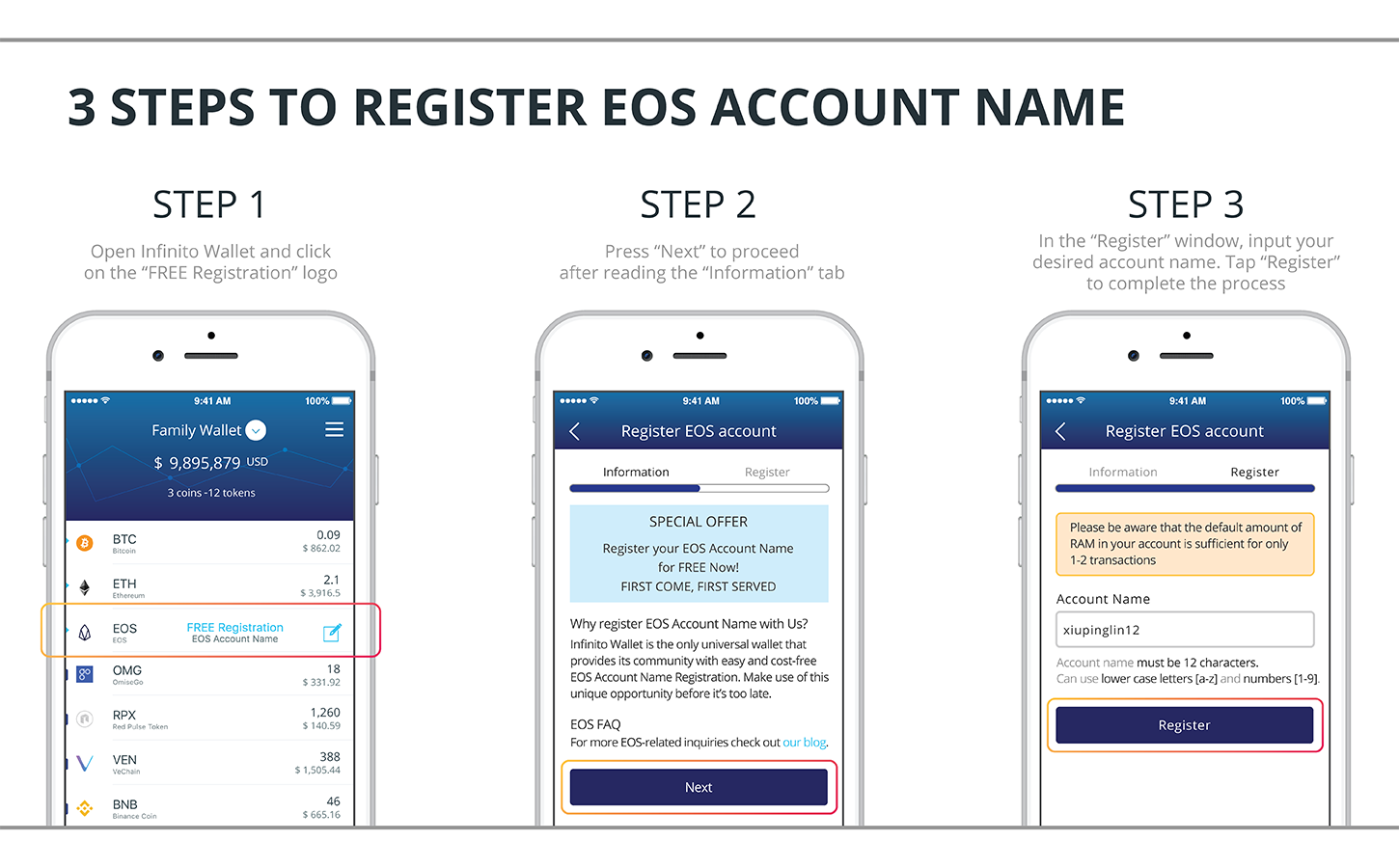 Infinito Wallet launched in December 2017, and since then it says it has continued to extend the list of transactional currencies and smart contract tokens it supports, with more to come on their roadmap.

According to the company, Infinito Wallet has been downloaded by more than 200,000 users. The company behind Infinito Wallet — Infinity Blockchain Labs Europe — says its sole objective is “to become the world’s market-leading crypto wallet.” The company now boasts a team of more than 180 in-house blockchain developers, marketers, researchers and strategic planners.