Already listed on major app stores, a company is planning to make its universal wallet available in 12 languages within months. 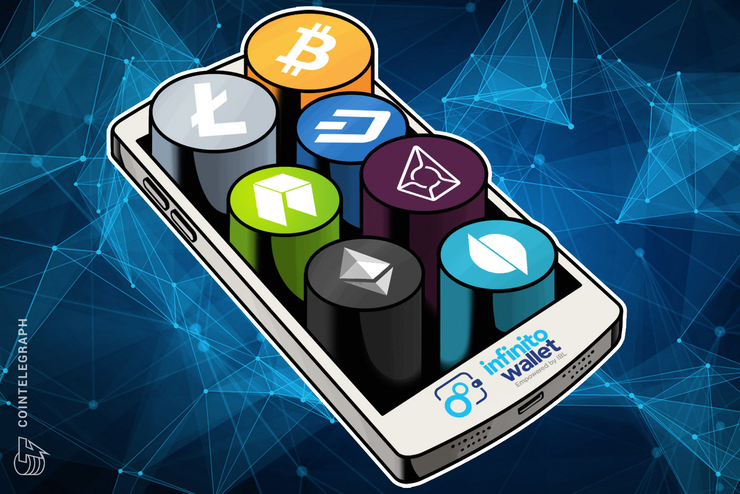 A company that has created a multi-asset universal wallet which stores major cryptocurrencies and a wide range of smart contract tokens in one place – a “world first” – says a raft of new features will enable users to enjoy “maximum access and flexibility” when managing their wealth.

Infinito Wallet launched in December 2017, and its founders say its platform supports an “extending list” of prominent transactional currencies such as Bitcoin, Bitcoin Cash, Ethereum, NEO, Dash, Litecoin and Dogecoin. In recent months, users have also been able to store, send and receive “the majority” of tokens – with more expected to be supported in the coming months. The company says it offers the only wallet where a single passphrase can be used to access all ETH ERC20 and NEO NEP-5 tokens.

The universal wallet is available to download on Apple’s App Store and Google Play – meaning it is in reach of all iPhone and Android users. By the third quarter of 2018, Infinito Wallet says it will support more than 12 languages, including English, Chinese, German, Korean, Japanese, Hindi, French, Russian, Portuguese, Italian, Thai and Vietnamese.

Some of the features currently in development include a chart which will show users the fiat value of their cryptocurrency portfolio, as well as the price fluctuations their assets have experienced over the past 24 hours. This would be accompanied by a “Price Change Alert” mechanism which monitors steep movements for users – allowing them to make informed decisions when managing their funds.

Other milestones in Infinito Wallet’s roadmap include support for prominent crypto platforms such as EOS Mainnet in early June, ETC and its tokens, RSK and ADA, as well as a fully complaint in-app exchange and the ability to import funds held in cold storage and on other private keys.

The company has forged blockchain partnerships with Coinfirm, Blockpass and Quanta with a view to integrating their services into Infinito Wallet – resulting in a better user experience.

Infinito Wallet says its product offers users “multiple means to ensure their funds are safe and secure” – a crucial point given how some exchanges, such as Coinsecure in India, have seen multimillion-dollar thefts affect customers in their thousands.

Features include Touch ID support, which provides fast and easy access to its app without compromising on security. All private keys are also encrypted within the wallet’s software using a password which is decided by the user.

In a blog post on the issue, Infinito Wallet wrote: “Because the wallet app remains on one’s phone, it is important to ensure that one’s funds remain safe even if that phone were to be lost, stolen or destroyed.

“The inherent security and privacy that the blockchain provides assets are meaningless if they are stored in a wallet that does not guard them.”

The company also emphasizes the importance of transparency and compliance – and it has already been audited by a third-party security expert. Infinito Wallet plans to publish the audit report this month.

Its constantly evolving list of capabilities join a list of “breakthrough features,” such as the ability to save frequent contacts to simplify transactions. Infinito Wallet says “revolutionary technology” has paved the way for low transaction costs, and transaction speeds are enhanced by a gateway to blockchain which is maintained and regularly updated 24 hours a day. Messages can also accompany transactions for straightforward record keeping – and a user’s entire history can be exported to .csv files for future reference.

Infinito Wallet, registered in the Isle of Man, says its sole objective is to become the world’s market-leading crypto wallet. The company now boasts a team of more than 180 in-house blockchain developers, marketers, researchers and strategic planners.

It has established partnerships around the world, including in Poland, Kenya, Japan, the UK, Vietnam and Hong Kong. The company co-organized the Asia Blockchain Education program, which aims to inform the masses about this technology’s potential in their everyday lives.