Indian BTC exchange Coinsecure says it has started working on the claims process for funds lost by 11,000 customers in a $3.5 mln theft earlier this month.

Indian BTC exchange Coinsecure says it is preparing the claims process for funds lost by 11,000 of its customers in a $3.5 mln theft early April. 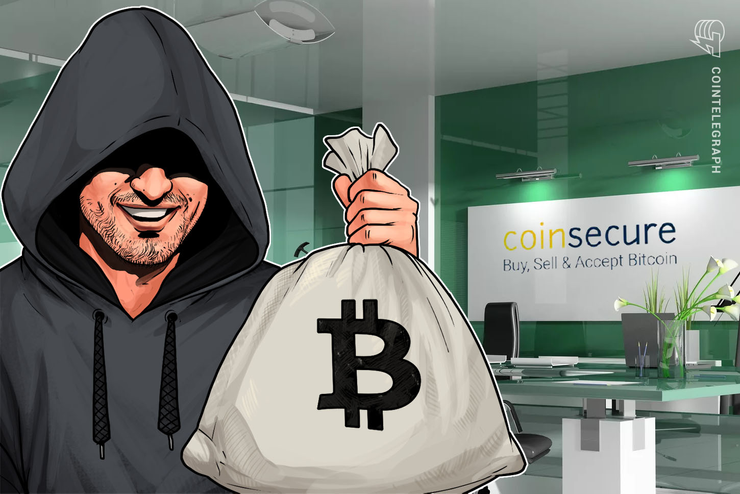 Indian Bitcoin (BTC) exchange Coinsecure says it has started work on the claims process for customer funds lost in the theft of 438 BTC ($3.5 mln) from the exchange’s wallet earlier this month, in an update posted on its website April 21.

The Coinsecure Team said it has been “flooded with calls and emails” regarding disbursement of the stolen funds, but that its legal team was working “tirelessly” with authorities, which was consuming most of its time. It further said that it expects the claims form will soon be ready and that customers will be able to submit their claims requests by next weekend.

The theft, which has affected around 11,000 customers according to local newspaper The Economic Times, allegedly occurred when CSO Amitabh Saxena incorrectly extracted funds from the exchange's cold wallet. Saxena reportedly was online when private keys were extracted, a mistake Coinsecure calls "unacceptable".

The company itself has officially stated that the CSO’s claim regarding what went wrong “does not seem convincing”, also saying that “too many coincidences noticed for a hack of this nature to occur.” Coinsecure has filed a formal complaint with Indian authorities asking that Saxena’s passport be seized.

In a press release April 13, Coinsecure offered a 10 percent bounty to anyone in the crypto community offering information that could lead to the recovery of the siphoned funds. The exchange pledged to refund customers’ BTC holdings in full, assuming they will recover the siphoned BTC. If not, 90 percent of lost funds will be returned in Indian rupees, with 10 percent in BTC at locked rates as of April 9. This means customers could lose nearly 34 percent in BTC value gains, as BTC traded around $6,700 April 9, and currently stands at $8,932 at press time.

The Reserve Bank of India (RBI) has been toughening its stance on crypto-related dealings, beginning to scrutinize accounts held by country’s top exchanges, including Coinsecure, in January 2018. RBI announced that it is banning all regulated entities from dealing with cryptocurrencies on April 5.