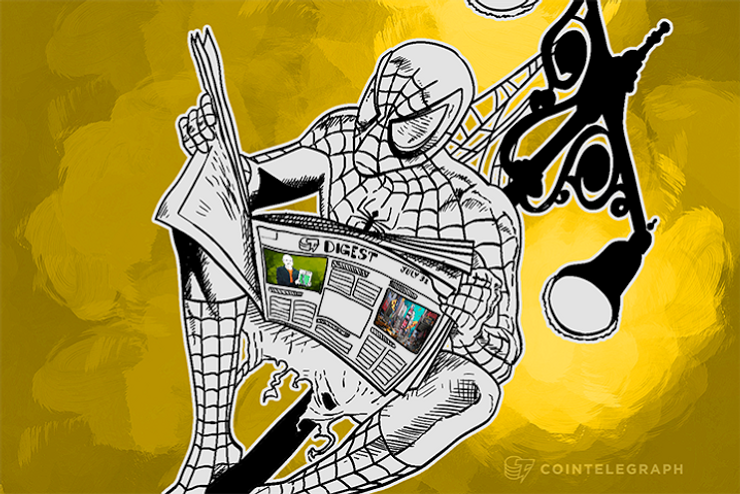 The Tokyo metropolitan police is reportedly charging former MtGox CEO Mark Karpelès on suspicions of fraudulent system manipulation. As reported by Japanese new service Nikkei, and roughly translated here, Karpelès might have faked trades on his now defunct bitcoin exchange, and possibly inflated the bitcoin balance of fake accounts. This means that a portion of the bitcoins previously considered missing might have been fake.

One of the most – if not the most – ambitious blockchain 2.0 projects to date, Ethereum, has finally launched. Ethereum is aiming to create a new universe of programmable contracts, powered and secured by its own blockchain. Having raised US$18 million in its initial token sale a year ago, the project has now released its “Frontier,” a complex technical initial implementation of the software.

Ethereum's CCO Tual warned that the Frontier release is not for the faint of heart:

“Don't put a lot of value at risk unless you really, really are sure you know what you are doing, and you're confident about your risk assessment of the network.”

The municipality of Buenos Aires together with two Argentinean Bitcoin NGOs are set to organize a Bitcoin forum in the country’s capital today. The event will last all day long and will cover eight of the possibilities offered by Bitcoin and cryptocurrency in general. The announcement does not go into detail as to which eight aspects this are exactly.