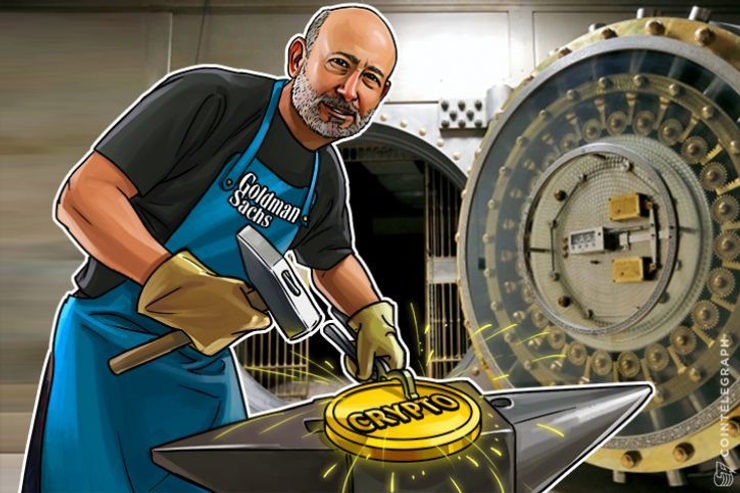 It was then followed by a tweet on July 1 which clearly sends a message of the banking giant finally embracing the same technology that powers Bitcoin.

Trusted, secure, efficient — why #blockchain could revolutionize how we work together: https://t.co/dcskZZ2GEw pic.twitter.com/TqbUWwoxvE

The page was created for the purpose of giving people an idea of how Blockchain technology is used and how cryptocurrencies like Bitcoin run on these programs.

One of their key messages include Blockchain technology’s security feature:

Blockchain is designed to store information in a way that makes it virtually impossible to add, remove or change data without being detected by other users.

Although the financial sector has not really been very keen on cryptocurrencies for quite a long time, Goldman Sachs has been involved in some Blockchain technology based companies like Circle and even Digital Asset Holdings.

While the banking giant has been helping startups such as these, it is just now that they have formally announced their acceptance of Blockchain technology.

Despite its price volatility, there is no doubt that Blockchain technology is making waves in various industries, including finance.

In fact, a report by Accenture shows the cost data of eight of the world’s largest investment banks states that Blockchain technology could help reduce the costs of investment banks by as much as $12 bln per annum by the time 2025 comes.

This is a big thing for investment banks because not only will this new technology help make the transaction of data safer and more secure, but it will also help drive the costs down.

The foray of mainstream banking, financial and technology giants into the cryptocurrency sector showcases the promising future of Blockchain technology and its applications in various industry segments.

The initial wave was caused due to the increasing threat to conventional banking methods by Bitcoin, which could execute cross-border transactions much faster at a much cheaper rate while staying decentralized the whole time.

Now, with the capabilities of cryptocurrency technology well-known, could its widespread implementation will be expected in the next 3-4 years?