‘Halving’ Mentions Spike on Twitter and in Crypto Media

Crypto-social media chatter regarding the halving spiked overnight, after being overshadowed by gold in February and the coronavirus in March.

9239 Total views
111 Total shares
Listen to article
0:00
News
Own this piece of crypto history
Collect this article as NFT

With less than three weeks until the halving, the subject has overtaken the coronavirus as a leading Bitcoin narrative on Twitter — and it’s once again starting to dominate media coverage.

Crypto analyst Mati Greenspan told Cointelegraph: “The virus along with the current economic situation has completely drowned out all conversation about the halving event.”

However, the following day halving chatter nearly doubled to become the second most popular Bitcoin related topic on Twitter with 1,058 tweets. Only ‘#trading’ attracted a greater volume of discussion with 1,129 tweets, while gold moved down to ninth with 634 posts.

The spike in halving discussion coincided with a weekly high of 8,134 Bitcoin-related posts per hour on Twitter, according to sentiment analysis firm LunarCRUSH.

Crypto media coverage of COVID-19 may have peaked

TheTIE has also noted a steady increase in media coverage of the upcoming halving during April, which may have contributed to the increase in related social activity.

TheTIE co-founder, Joshua Frank, shared data with Cointelegraph comparing the volume of  crypto media articles on the topics of the ‘halving’ the ‘coronavirus’ and ‘gold’. 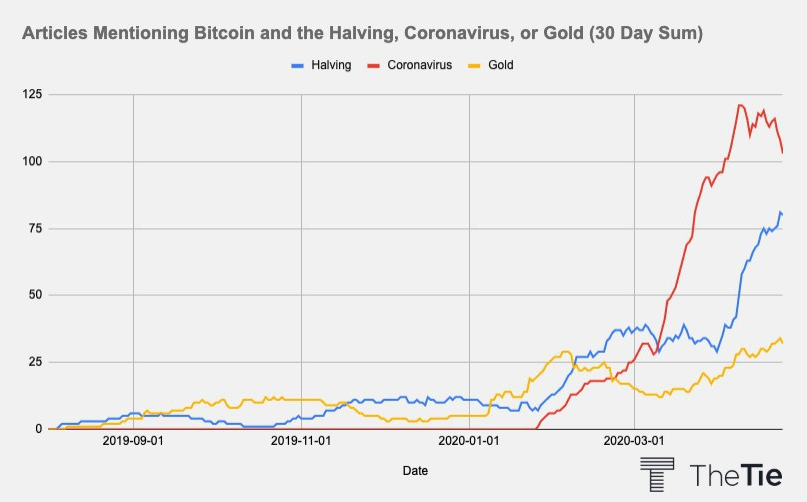 The data shows that articles on the subjects of the halving and gold oscillated within a steady range during Q4 of 2019, before starting to ramp up in volume during mid-January. The halving overtook gold during February but COVID-19 became the dominant story during March.

However, coverage of the halving now appears set to overtake coronavirus, with Frank telling Cointelegraph:

“What we can see that beginning in March Coronavirus became the dominant narrative mentioned alongside Bitcoin, but more recently mentions of the Coronavirus have started to fall as the Halving has started to gain a ton of momentum.”

Data shared by TheTIE also shows that discussion relating to Ethereum’s (ETH) forthcoming ETH 2.0 steadily gained ground alongside halving chatter … until the March market crash — an event from which it has struggled to recover. 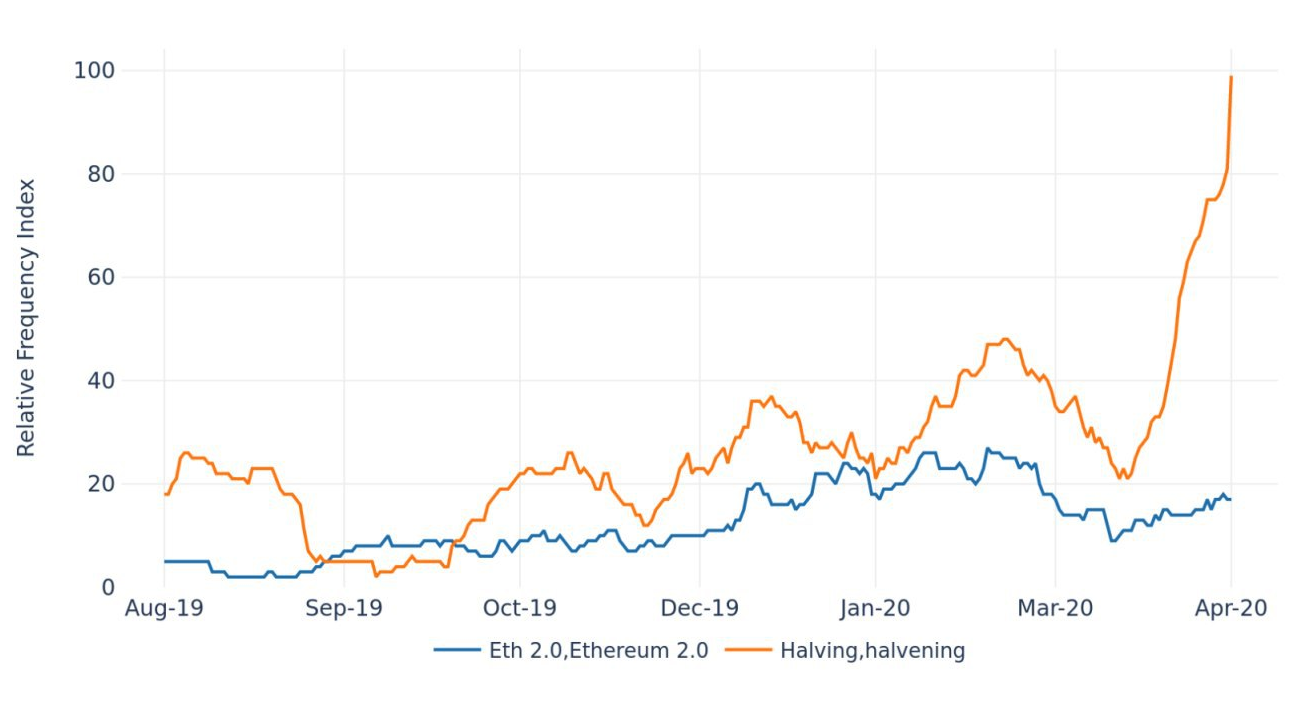 The data shows that ETH 2.0 overtook the halving as a topic during September 2019, and neary regained parity at the start of January.