If Bitcoin ETF Gets Approved, Ethereum Classic ETF Will Follow

There is a lot of upbeat in the crypto community ahead of the upcoming Security and Exchange Commission's set date to determine, the faith of Bitcoin ETF just a couple of weeks away. 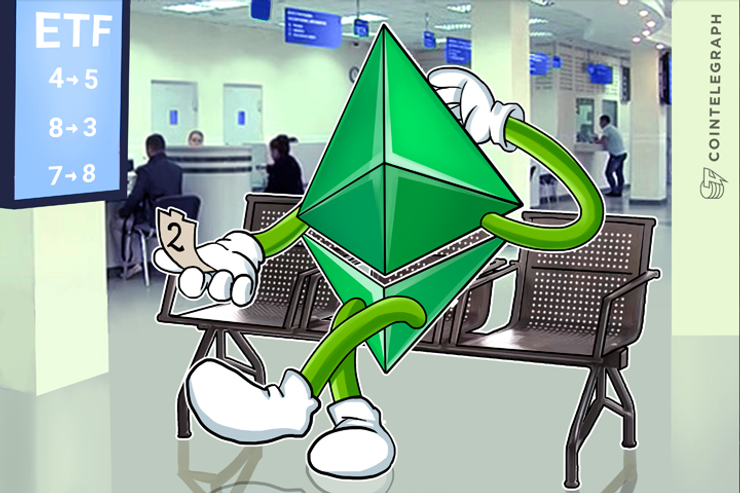 There is a lot of upbeat in the crypto community ahead of the upcoming Security and Exchange Commission's set date to determine, the faith of Bitcoin ETF just a couple of weeks away. Many believe it will pass at all cost to open a new frontier of traditional investors getting involved in the pioneer cryptocurrency.

Experts have predicted ETF will be a recipe to rally Bitcoin's price to all-time best. Moreso, another anticipation is that it will bring in its wake more legitimacy for the landscape. Even though people are optimistic but the ones familiar with how SEC operates think it's a low probability event.

Nevertheless, the interesting development that has escaped the attention of many people is, which cryptocurrency alongside Bitcoin stands to gain in an event where the ETF is given the green light.

It will be recalled that Barry Silbert's Grayscale was among the three entities which filed with the SEC to get his current Bitcoin Investment Fund that's currently traded on the OTC market to the NYSE.

Preceding this, Silbert announced creating an Ethereum Classic investment which he, however, aims to publicly list as well on the OTC market. It, therefore, stands to reason Barry Silbert will also apply to list his ETC investment fund as well on the NYSE as a next step if his Bitcoin fund gets approved.

Also worth mentioning Grayscale, the Digital Currency Group, in fact, the largest Venture Capital in the crypto space, is responsible for these two funds currently, the Bitcoin Investment Trust which everyone with a brokerage account can access, that currently has a 200 mln market cap and the newly announced Ethereum Classic fund which will be the second coin after Bitcoin to get its own traded fund.

"We filed an S-1 with the SEC for the Bitcoin Investment Trust, which currently trades publicly under symbol GBTC on the OTCQX market. If/when approved, it will trade on the NYSE. Separately, we also made public our plans to launch an investment product for Ethereum Classic. That fund is being modeled after the Bitcoin Investment Trust and will also be launched as a private investment vehicle open to accredited investors (as opposed to a publicly traded ETF)."

Will ETC price increase after it?

The cryptocurrency venture capitalist also mentioned that If the ETC fund is successful, his outfit would eventually look to have the fund quoted on the OTCQX and maybe one day move it up to the NYSE, like what he aims to do with the Bitcoin Investment Trust. All efforts to get him to comment on the impact the fund will have on ETC price proved futile.

"I wouldn’t dare speculate on something like that," he retorted. But JuicyG of Coin Chat Club thinks the price would rise provided people understand the implications for ETC but regardless if the price rises or not on the announcements it will certainly have positive implications on the price later on.